"It was an incredible experience, to be there at the weekend."

Seán O'Brien was still buzzing after being in Dublin to witness Ireland beat the All Blacks, last weekend, and not even Will Greenwood and his valid T.M.O point could bring him down.

O'Brien faced New Zealand five times with Ireland but was never on the winning side. He did get one over the All Blacks in the 2017 Lions Test Series, which featured a rousing victory in Wellington.

END_OF_DOCUMENT_TOKEN_TO_BE_REPLACED

The London Irish flanker was at the Aviva Stadium as Ireland defeated New Zealand 29-20, and he says it was 'definitely the best performance I've seen them give in the past four and a half years'.

Will Greenwood joined O'Brien and fellow co-host Alex Goode on House of Rugby [LISTEN from 3:45 below] and while he was glowing in his praise, he did take issue with the Television Match Official getting involved at a crucial point. 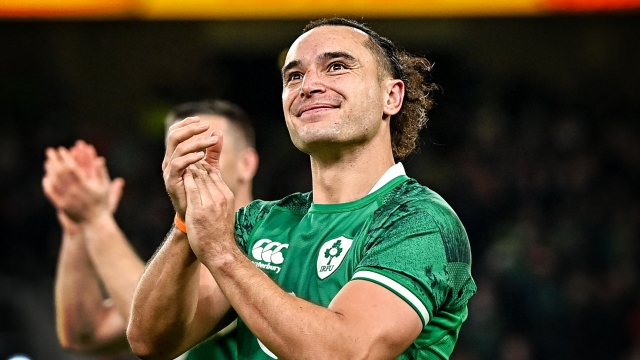 James Lowe of Ireland after the 29-20 win over New Zealand at Aviva Stadium in Dublin. (Photo by Ramsey Cardy/Sportsfile)

Will Greenwood on All Blacks try that was ruled out

Ireland went 20-10 ahead, after 56 minutes, but a Will Jordan try out of seemingly nowhere gave New Zealand hope. Joey Carbery kicked Ireland six points clear but, on 68 minutes, the Kiwis looked set to go ahead when Akira Ioane cruised through a gap to score.

END_OF_DOCUMENT_TOKEN_TO_BE_REPLACED

While Ireland also had a try chalked off in the first half, Will Greenwood took issue with the Television Match Official pressing his case to referee Luke Pearce and showing multiple angles before it was decided Rieko Ioane had made a forward pass. Greenwood commented:

"The TMO, now, is riding side-saddle with the ref, and getting involved in everything.

"The only thing I would say - and I'm conscious I'm sat next to an Irishman, and we've just talked about how brilliant they were - they still needed an element of luck.

"On the 38th camera angle, which wasn't level [with play], the TMO's come in and said, 'Nah, you're all wrong. It's clearly forward'."

Greenwood contests that 'we've invited V.A.R into our world and it's not quite been managed properly'. 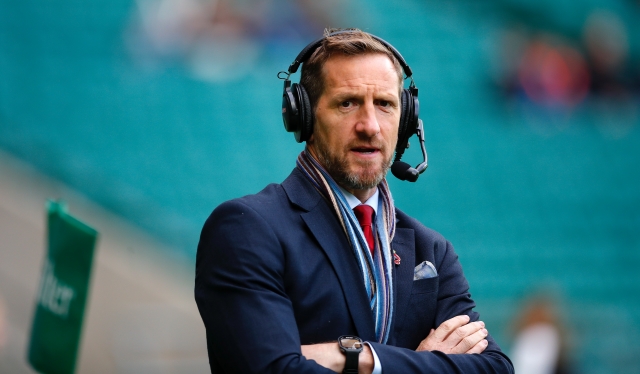 Will Greenwood pictured at Twickenham Stadium in 2018. (Photo by Lynne Cameron/Getty Images)

END_OF_DOCUMENT_TOKEN_TO_BE_REPLACED

Seán O'Brien brought up another try-scoring moment that got multiple viewings after a long TMO intervention - the Louis Rees-Zammit score against Fiji, which was eventually allowed to stand.

"Whether [Ioane's pass] was forward or not," he said, "it was a great piece of play. Like Rees-Zammit's try at the weekend, were they checking if there was separation. Don't even have a look at that. It was an unbelievable thing that he did. It's a try. Let it go."

Will Greenwood's book, World Class: How to Lead, Learn and Grow like a Champion, is out now.