"It might not look fantastic, but it feels great."

It is Friday afternoon at Athy RFC and Will Connors comes our way for a short interview after a Leinster training session at the Kildare club.

The Kildare native has been signing autographs and posing for pictures for a good 15 minutes, after Leinster's training session at Athy. His leg is strapped in black and his knee-cap is all mushed inside the tape, but that leg is holding firmer than it has in a long stretch. Connors is beaming.

END_OF_DOCUMENT_TOKEN_TO_BE_REPLACED

The province have split their squad into two and are covering all 12 counties in two days, so there is not long to linger. Still, the Leinster players manage to satisfy all requests before heading in for a shower, a change and some more photos.

Connors made his senior Leinster debut in the 2017/18 season, but his real breakthrough was two seasons later. He began starting a lot of big games for his province and was first called into the Ireland set-up by Andy Farrell.

Nine Test caps arrived between October 2020 and March 2021. Connors was flying it, and keeping the likes of Josh van der Flier and Peter O'Mahony out of starting XVs. He was on Warren Gatland's radar for the Lions, too, before one knee injury, then another, crushed any momentum.

Connors missed the first half of last season then returned and played only two games before a tough decision was needed. He committed to further surgery and wrote off the end of last season with one goal in mind - getting right and getting back for a real crack at 2022/23. And beyond.

In the past few days, both Will Connors and Jacob Stockdale have delivered boosts to their provinces, and Farrell will hope they can have clear runs so they can try and force themselves back into his plans. 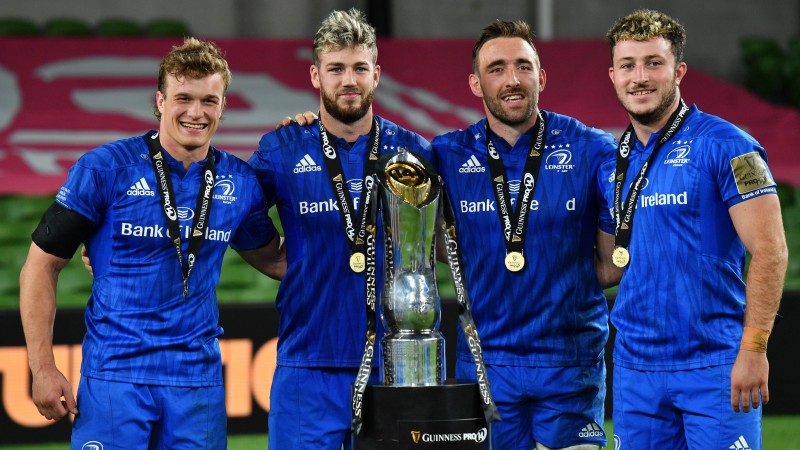 Will Connors on comeback trail

END_OF_DOCUMENT_TOKEN_TO_BE_REPLACED

During our chat with Will Connors, at Athy RFC, the back-row confirmed he is ready to go for the new season and hoping to be involved in the province's only pre-season friendly, against Harlequins.

While rugby can be ruthless in moving on rapidly when a player is injured, it can also be richly rewarding for a person that can marry fitness and form for a stretch of months. Josh van der Flier has gone from a steady-Eddie to a world-beater in what feels like the space of a season.

"Initially, I want to set my mark here. That is my main goal - to put my foot down here, get a few games under my belt and get the confidence going.

"It'd be nice, too, if myself and Josh could even get a couple of games together. But that's my plan - make my mark with Leinster and go from there."

Up at Ulster, meanwhile, the province confirmed that Iain Henderson (hand) and James Hume (groin) have had summer surgeries and will not be back in the short-term future. There was a short but positive update on Jacob Stockdale, though, after his ankle surgery, last season:

'Jacob Stockdale has reintegrated into full team training and is available for selection.'

The likes of James Lowe, Mack Hansen, Andrew Conway and Keith Earls may have all moved ahead of the talented winger in the past 18 months, to two years, but a run of solid games from Stockdale and he will be right back in the mix, ahead of next year's World Cup.

Stockdale and Connors both know what it is like to be the next big, young prospect coming through. Both have had set-backs, of late, and both, now 26, find themselves having to almost prove themselves all over again.

"It's mad," says Connors, "you're looking around at the lads here [in training] and someone like Sam Prendergast was born in 2003. You're thinking. 'Oh my God'. I'm the old man around here!"


popular
Talksport presenter puts Martin O'Neill to the pin of his collar over Declan Rice and Jack Grealish
Roy Keane scores winning goal past Micah Richards in ITV v BBC pundits match
Rory McIlroy explains 'falling out' with Shane Lowry that lasted a few years
World Cup Power Rankings: The top 10 players at the tournament ahead of the quarter-finals
Ballyhale's Colin Fennelly felt Ballygunner's victory speech was disrespectful
Gary Neville sticks up for Ronaldo as contextless pictures and videos taken as gospel
"There's no soccer, hurling, or rugby" - Kilcoo's secret to success
You may also like
6 days ago
Shay Given on how far Ireland could've gone at the 2002 World Cup with Roy Keane in the team
1 week ago
From Ireland to Argentina: Alexis Mac Allister's Irish roots explained
1 week ago
Former England international admits he wishes he had played for Ireland
2 weeks ago
Two baffling omissions as four Ireland stars make World Rugby 'Dream Team' of the Year
2 weeks ago
Josh van der Flier claims World Rugby Player of the Year at Monaco ceremony
2 weeks ago
"Highlight of my Ireland career" - Behind the scenes as Jack Crowley and Ross Byrne covered for a legend
Next Page