"He loves the Liver King, yeah!"

When it comes to some of the strangest rugby diets out there, some Irish players are getting creative to rival their peers across the globe.

While Fijian Leone Nakarawa may tip along with coffee, cakes and jam on baguettes and South African winger Seabelo Senatla 'will even eat a tree if he thinks it is good for him', some Irish lads are not far off with their consumption habits.

Marshall scored two tries in Ulster's season-opening victory over Connacht, at Kingspan Stadium, so that unusual diet may be working for him, after all. Still, the centre has nothing on a guy he has featured in Ireland squads with - Dave Kilcoyne. 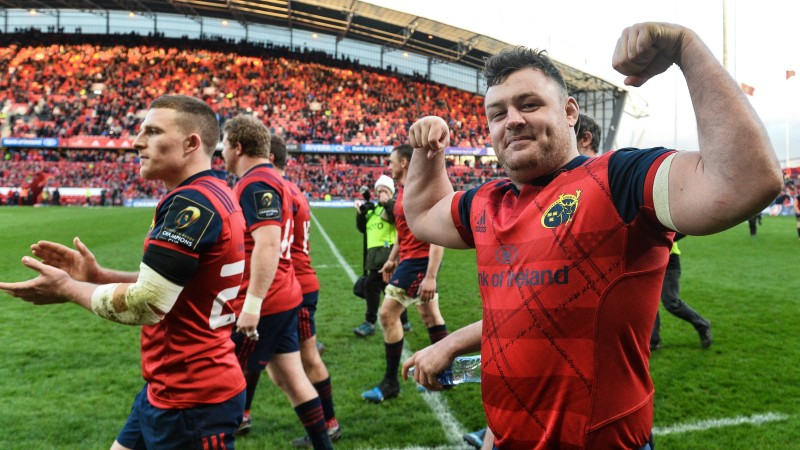 Andrew Conway (left) and Dave Kilcoyne of Munster celebrate after a win over Toulouse. (Photo by Diarmuid Greene/Sportsfile)

"Definitely, 100%, Dave Kilcoyne," said Munster winger Andrew Conway when we asked him for the weirdest diets in the province's senior squad.

"He goes through different diets and at the moment, I hope I'm not giving any State secrets away, he eats four steaks a night. Now, not premium steaks. It's like the worst meat you could possibly buy, but he believes that this is his point of difference.

"He's big into turkey burgers with cheese. He doesn't think like the normal human being, does David, but you wouldn't change him at all. He's one of a billion, I'd say."

Asked if Kilcoyne is following the tenets of 'ancestral living' set down by fitness and dietary hard-nut 'The Liver King', Conway laughs. "He's mad into him. He does be sending me videos, all the time." 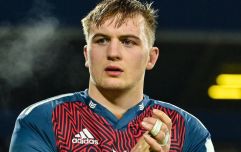 END_OF_DOCUMENT_TOKEN_TO_BE_REPLACED

"He eats kind of normal during the day," Conways continues. "He claims that he's only ever eating meat but you'll see him having a normal lunch. He'll just deny that ever happened... he says he's all meat, but he's not.

"Listen, I hope any nutritionists don't see this and I don't get him in trouble, but he's well able to deal with it."

"Oisín Dowling has been living with me for the past few weeks," Connacht captain Jack Carty told us, at the URC season launch.

"He puts no sauce, no vegetables, nothing, on any of his food. It would just be rice and mince, with no sauce or sides. I think that's pretty strange."

Asked about the weirdest rugby diets at Leinster, Josh van der Flier still cannot get over how much his pack-mate James Ryan can put away.

"James has one of those metabolisms where he can eat anything and pretty much turn it all into muscle. He'll eat obscene amounts of rice, noodles, meat and whatever is going."


popular
Ireland team to play Wales: Andy Farrell's XV, the big calls and bold cuts
Roy Keane reminds everyone of his feelings towards Newcastle United ahead of cup final against Man United
Ireland's self destructive mentality kills Croke Park fight for Katie Taylor
True beauty of Fitzgibbon and Sigerson Cups lies in the hearts of weaker counties
Everton release brutal 59-word statement to confirm Anthony Gordon departure
Even Roy Keane felt Michael Dawson went too far with his remark to Tom Heaton
Five confirmed changes and guidelines to have big impact on 2023 Six Nations
You may also like
2 days ago
"Every team did it!" - Paul O'Connell on Roy Keane comment to Ronan O'Gara that he couldn't deny
2 days ago
"I've heard people tipping Wales to beat us. I was actually offended!" - Greg O'Shea
2 days ago
Five confirmed changes and guidelines to have big impact on 2023 Six Nations
2 days ago
"It's crazy to think Bundee Aki might come straight in and start against Wales"
3 days ago
Owen Farrell praises Johnny Sexton in revealing interview ahead of Six Nations
6 days ago
RFU issue statement following backlash over decision to lower tackle height
Next Page