England returned for their second showdown of the tournament against the United States of America in Kobe.

England coach Eddie Jones made 10 changes to his side who beat Tonga four days ago. England have clashed against the USA on five previous occasions including three times in the World Cup and have come out on top in every single attempt. Meanwhile, the Americans have managed just three victories out of 25 in their entire WC history.

17 - @EnglandRugby have won all 17 of their @rugbyworldcup matches against non-Tier 1 opposition, those wins coming by an average margin of 41 points. Favourites.#RWC2019 pic.twitter.com/tzmxMTSRrQ

As the game kicked off, England got themselves off to a good start and just five minutes in, George Ford landed a try, finishing off a brilliant team move. Ford converted from his own try to put England 7-0 in the lead.

As the game wore on, England demonstrated lapses in discipline conceding four penalties within 15 minutes.

However, Eddie Jones promised a pacy English side and that's exactly what fans were treated to as England doubled their lead in the 24th minute with a converted try. Billy Vunipola did the honours following a driving maul as Ford got the extras. 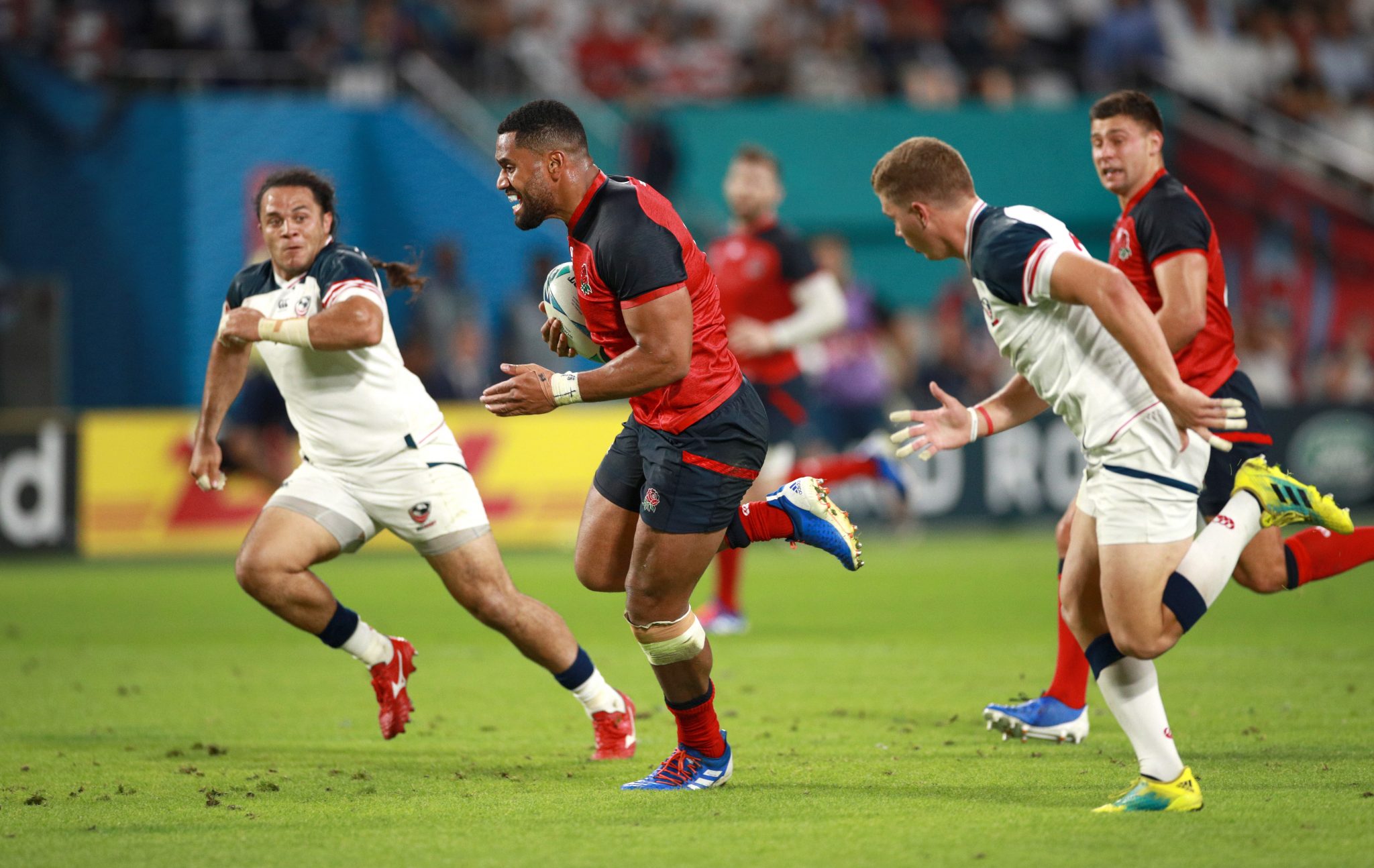 END_OF_DOCUMENT_TOKEN_TO_BE_REPLACED

32 minutes in and Luke Cowan-Dickie heaped more trouble on the North American with another try. Once again, the English fashioned a chance from a driving maul resulting from a line out. Ford got the conversion to drive the score to 19-0.

Halftime bought some much needed relief for the Americans who had time to regroup. Halftime stats showed England gobbled up 66% of the possession with a 132 metres made compared to USA's 60m.

200 - @EnglandRugby have now gone 200 minutes without conceding a try in @rugbyworldcup games, since @giteau_rugby scored against them for the @wallabies in 2015. Wall.#RWC2019 pic.twitter.com/DPRf9aX0U9

As the second half rumbled into life, England continued where they left off with a dominating display. And eight minutes into the second half, Joe Cokanasiga scored after a lovely run from Joseph. 24-0 to England it stood after a missed conversion from Ford.

END_OF_DOCUMENT_TOKEN_TO_BE_REPLACED

As the game entered the final quarter England extended their dominant footprint on the tie with another try. Ruaridh McConnochie collected the ball out on the right to touch down, taking advantage of the poor organisation from the American defense. Seconds later, Ford converted to secure a score of 31-0 to England.

66 minutes in to what was turning out to be a miserable game for the North Americans, England scored again as Lewis Ludlam strolled past the line after a brilliant sidestep from Ford, who also added the conversion.

Entering the final ten minutes and the USA received more bad news as John Quill saw red for a late head-high shoulder shot on Owen Farrell. The American ended up being the first player to be sent off in the tournament.

18 - John Quill is the 18th player to be sent off in a @rugbyworldcup match, the first for the USA. Punished.#RWC2019

As the game inched towards its demise, England scored another converted try courtesy of Cokanasiga who was helped by a precocious evading run from Ellis Genge.

Just when everybody assumed the game was done and dusted, USA fought back with a try of their own as Bryce Campbell slid over the line getting thousands of US fans onto their feet within the stadium. AJ MacGinty gathered the extras as the game finished 45-7 at the Kobe Misaki Stadium. 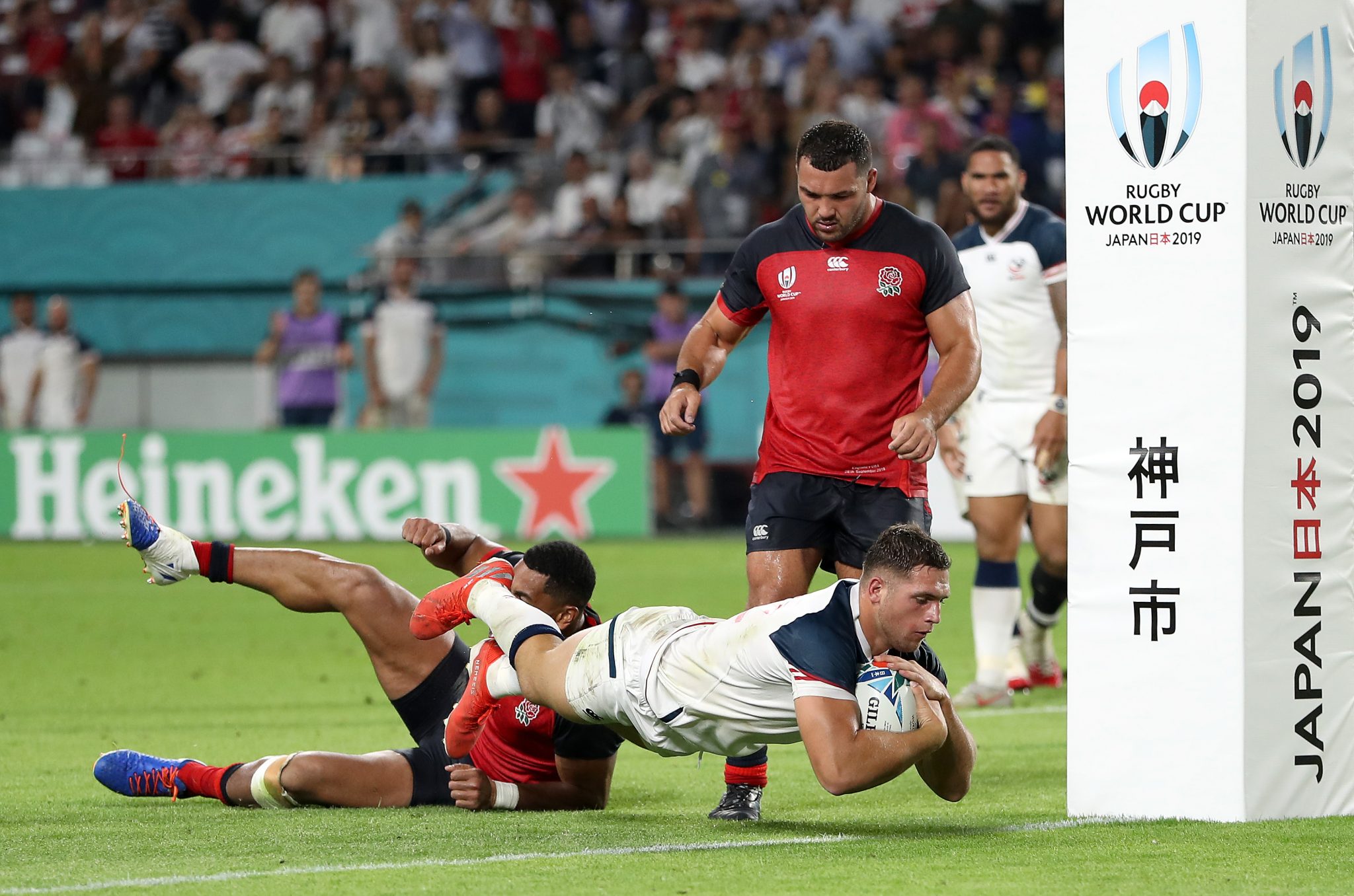 England demonstrated their ability in this game and should've scored more than they did.

England captain George Ford spoke to ITV after the game:

"It is a good win again. The United States were very physical and passionate. We will recover from this and then start the preparations from the game against Argentina."

USA meanwhile will be glad to have gotten their mark on the game as attested by the loud cheers from their fans despite the sound thrashing overall. Expectations will probably be low heading into next week's clash against France.