Wales took on Fiji in Oita in a brutal rugby match.

The Welsh came into the game having narrowly beaten Australia to sit second in Pool D. Fiji meanwhile, were third having beaten Georgia in their prior encounter. The two sides had clashed 11 times before today, with Wales emerging as victors on 9 of those occasions. Fiji had the opportunity to win successive World Cup games for only the fourth time in their history here but fell short of that mark.

Following the anthems, Fiji threw down the gauntlet with their ceremonial Cibi.

The game kicked off and four minutes in, Fiji were the first to inflict a body blow after Josua Tuisova smashed past three Welsh players to touch down in the corner. Ben Volavola missed the conversion.

Seven minutes in and Ken Owens was sin-binned for a tackle on Villame Mata, leaving the Welsh a man down for the next 10 minutes. 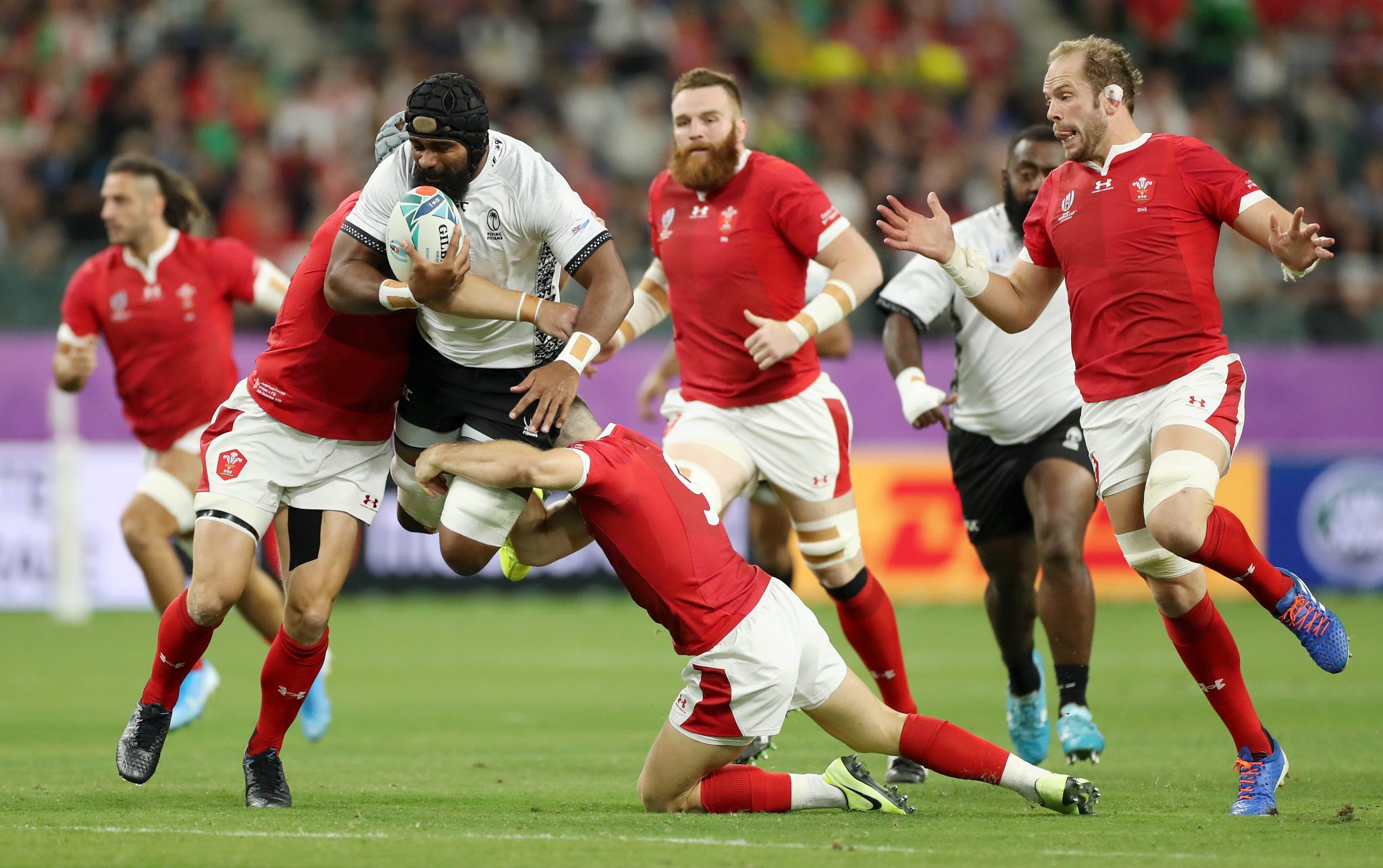 Three minutes later, Fiji duly capitalised with another try – Kini Murimurivalu was the man on point as he bundled over the line. Volavola missed the conversion as the score read 10-0 to the Fijians.

17 minutes into the game and Wales got their hands on the scoresheet with a converted try. Josh Adams collected the ball off a precise looping cross-field kick from Dan Biggar before scoring; Biggar added the extras as the score read 10-7 to the Fijians.

END_OF_DOCUMENT_TOKEN_TO_BE_REPLACED

28 minutes into the encounter, the momentum was with Wales as they pulled into the lead with their second try – Adams planted the Welsh flag in the corner and Biggar slotted in the conversion for a tight score of 14-10 to the Welsh.

Halftime arrived, bringing an end to a thrilling, high-intensity tie. The halftime stats showed that Fiji owned 55% of the possession and had 169m made compared to Wale's 210m.

The second half kicked off and 53 minutes in, Fiji retook the lead with a penalty try – the Pacific Islanders smacked to the corner, forming a rolling maul before referee Jerome Garces deemed the Welsh guilty of infringing. 14-17 to Fiji, it stood.

As the game entered the final 20 minutes, Wales were awarded a penalty and Rhys Patchell made no mistake as the ball slotted through the posts to bring up a level scoreline.

61 minutes in and Wales took the lead for the second time in the game after Jonathan Davies fed Adams with an exquisite offload who proceeded to touch down for his hat trick. 22-17 it stood with the missed conversion.

69 minutes into the high flying encounter and Liam Williams extended the Welsh lead as they took advantage of a shaky Fiji defence. Patchell added the two points for a score of 29-17.

END_OF_DOCUMENT_TOKEN_TO_BE_REPLACED

And so it finished at Oita with Wales earning the plaudits and a quarterfinal berth after a brutal game of rugby. In a match where the pendulum could've swung either way, the Welsh will be proud to have got back into the game and finish with the bonus point. But concern will arise after Jonathan Davies, Dan Biggar and Josh Adams all left the pitch fielding injuries and their absences could wreak a significant blow to their chances going forward in the tournament.

"We probably started slow out the blocks, we knew if Fiji got their tails up we'd be in for a hard day at the office."

"Full respect to Fiji, we saw the best of them today and it's difficult to play against. We did the job but there's plenty to work on."

3 - @WelshRugbyUnion have won each of their three games at #RWC2019, they've not won all their pool stage games at a @rugbyworldcup since 1987 (W3). Target.#WALvFIJ pic.twitter.com/tq9dAvzU71


popular
"Conor's definitely going to be competing before the summer" - John Kavanagh
Saracens players reportedly lined up for Irish loan moves
GAA JOE club football team of the year
Jorge Masvidal and Justin Gaethje likeliest options for McGregor
House of Rugby is coming to Cork, and you can come join us
"This dude doesn't want the fight and I'm not here to bully" - Jorge Masvidal
GAA JOE club hurling team of the year
You may also like
2 months ago
"It was a complete and utter shock when Joe's name came up on my phone" - Devin Toner
2 months ago
Sinckler a stand-out, but more consistency needed - Flannery
2 months ago
"We haven't got a long-term or short-term estimate of when Joey is back" - Stephen Larkham
2 months ago
House of Rugby team agree on seven players in World Cup 'Best XV'
2 months ago
Pieter Steph Du Toit locks down World Player of the Year award
2 months ago
Kyle Sinckler knocked out by Maro Itoje elbow after only two minutes
Next Page