What a game that was in Tokyo!

Both Wales and Australia won their opening games of the tournament and but given their history against the side, Michael Cheika's side were favourites to win the match. The Wallabies have triumphed in 13 out of 14 matches against the Welsh but today would serve to be different.

The game served up an end to end 54 point showdown that went to the wire and fans were treated to their full money's worth of frantic rugby action.

First half: Wales blaze away

In an amazing achievement, Welsh Captain Alu Wyn Jones became his country's record cap holder having earned his 130th cap. Following the anthems, the game kicked off to much fanfare and cheer.

The game certainly lived up to its billing with a great start as Wales grabbed a breathtaking drop goal courtesy of Dan Biggar who snapped the ball through from 30 metres out.

That first minute drop goal from @dbiggar1 during #AUSvWAL was the faster ever at a Rugby World Cup. #RWC2019 pic.twitter.com/MX568Xfbj5

Just a minute later and Australia conceded a penalty as Josh Adams was hauled down, but Biggar missed the target. Wales were absolutely in their groove, exposing the Aussies on the flank and forcing them into some desperate defending.

12 minutes in and the Welsh dominance was honoured with a converted try. Biggar initiated the move with an exquisite cross-field kick which is collected by Hadleigh Parkes who slickly claimed the ball to score. The fly-half grabbed the conversion for a score of 10-0.

19 minutes in and the Wallabies responded with a try of their own. Adam Ashley-Cooper scooped up Bernard Foley's cross-field dink, to cut inside and score with a diving finish. Foley missed the subsequent conversion, however.

Nearly half an hour into the game and Australia had a penalty Foley promptly converted to move the Aussies back within two points of their opponents. The game was serving end-to-end, lung-busting action. the question remained as to whether either side could keep up this pace up till the 80th minute given the prevailing heat. 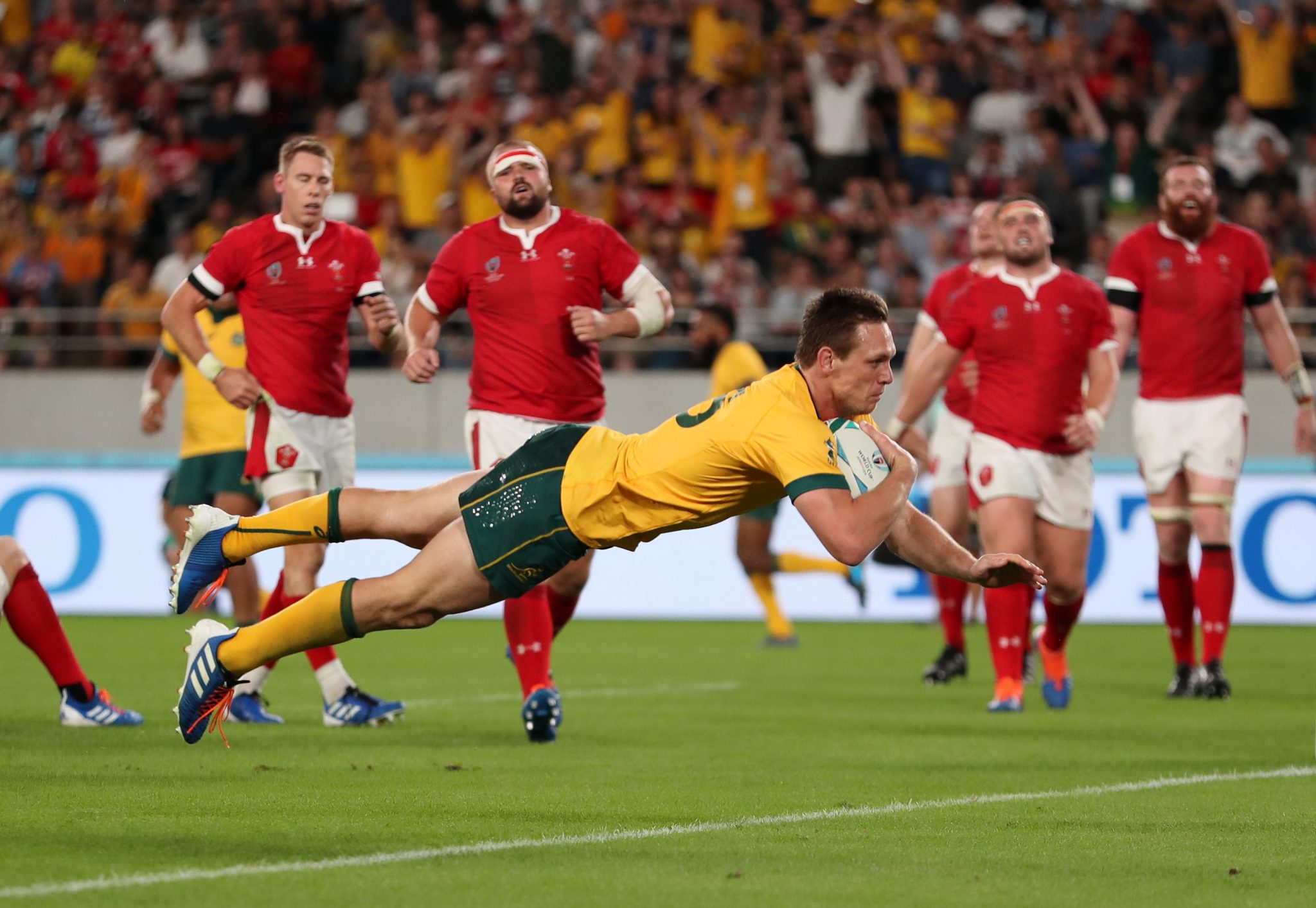 A few minutes later and it was the turn of the Welsh to take a penalty and Rhys Patchell stepped up from around 30m out to put his side five points ahead. It was eight points when Kerevi was pinged for a forearm to the mush of Patchell.

As the first half ebbed to a close, Wales would have the final say on matters with a converted try. The move began after Will Genia's pass eventually found Gareth Davies who proceeded to turn on the afterburners to cover 70m to score with ease. Patchell converted to make it 23-8 just before halftime.

Wales had pulled off an stellar 40 minutes beginning with intense pace and keeping the Aussies at bay when they were starting to fight back but they saw Biggar get substituted for failing a Head Injury Assessment but Patchell looked impressive in his place. 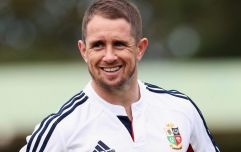 END_OF_DOCUMENT_TOKEN_TO_BE_REPLACED

As the second half kicked on, Patchell inflicted more damage on the Aussies with a drop goal as the scoreline read 26-8 after 43 minutes.

Two minutes later however, Australia fought back as David Pocock pounced on acres of space out wide with a lovely offload for Dane Haylett-Petty who scored with a diver. Matt Toomua caught the extras for a score of 26-15.

61 minutes into the match and the Wallabies narrowed the gap down to four points with a converted try. Michael Hooper got past Josh Navidi to score a try and Toomua gathered up the conversion. 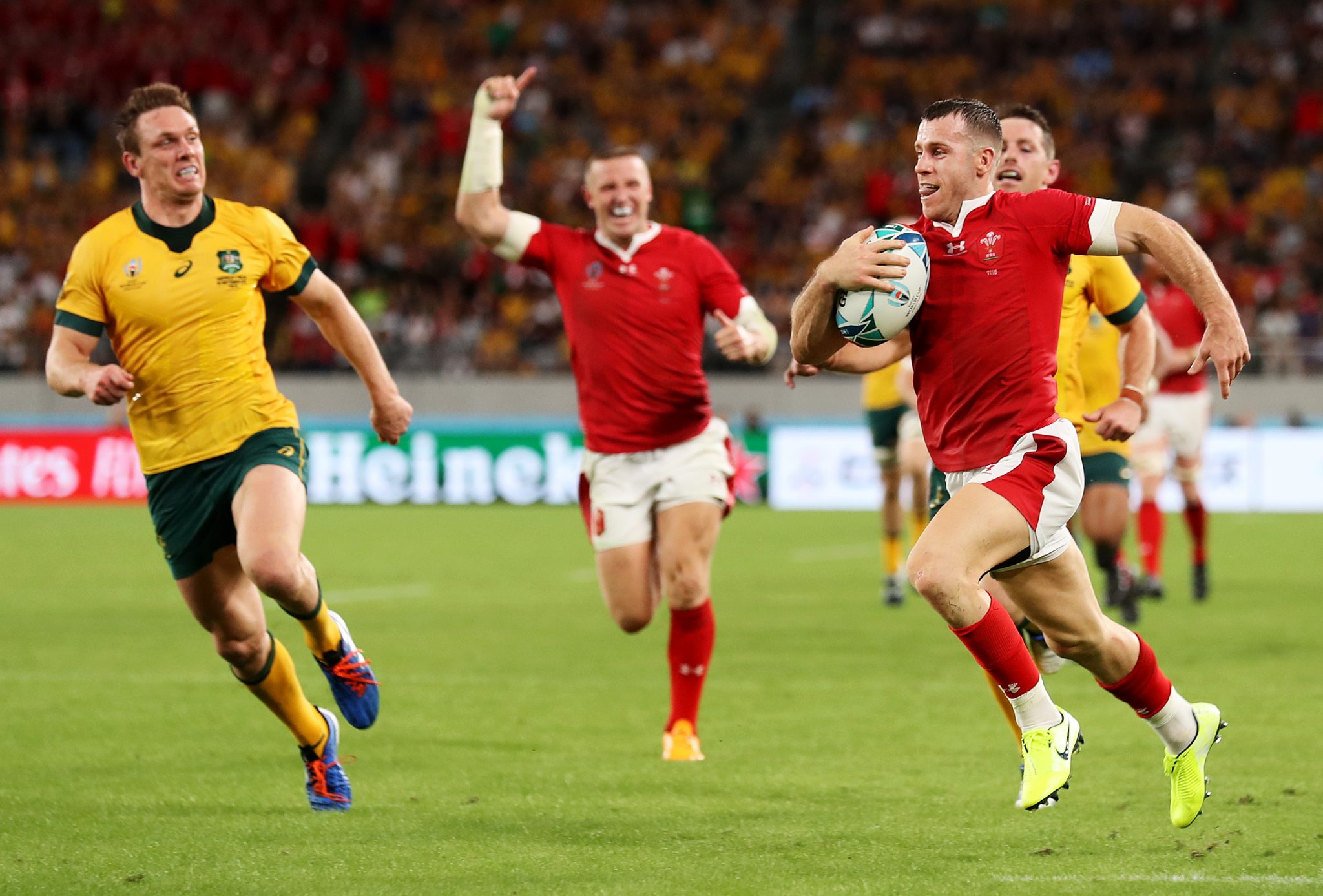 The momentum was with the Aussies now as the game entered the final quarter, they kept at the Welsh defence and rightly deserved to get back in the game.

67 minutes in and the game began to tighten the noose with a penalty for the Aussies. Toomua converted to cut the deficit to a sole point. From 15 points at halftime to one. Brilliant stuff.

In the final 10 minutes of the match, Wales had a penalty to pull four points clear and Patchell didn't disappoint with a slick shot though the posts for a score of 29-25. 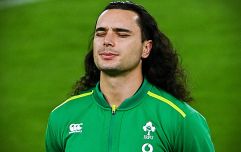 END_OF_DOCUMENT_TOKEN_TO_BE_REPLACED

The unrelenting pace certainly took a toll on the players but they kept it at it until the final whistle blew to signal full-time at the Tokyo Stadium.

Australia recovered brilliantly in the second half to chase after the Welsh and nearly put them to the sword but ultimately a moment of magic from Davies tipped the scales towards the Welsh.

100 - Player of the Match Gareth Davies became just the 2nd scrum-half to make 100+ metres in a @rugbyworldcup match for @WelshRugbyUnion after @mikephillips009 did so vs Japan in 2007. Rapid.#RWC2019 #AUSvWAL pic.twitter.com/iTqjYAnohy

Wales put up a clinical display in the first half and were dogged in the second to secure the win to inflict only a third RWC pool stage defeat on the Aussies. Warren Gatland's men have Fiji coming up next and top the group after today's exploits.

Australia, despite the final result will take some respite from their impressive second half fightback and a match against Uruguay await them next.

Welsh Captain Wyn Jones spoke in the aftermath of the thriller:

"I am pretty happy with the character we showed, at times it felt like Georgia, great in the first half and bit tentative at the second half. It is always easier to defend a lead and the green and gold came at us in the second half and tested our resolve."

13 - No side has ever come back from more than 13 points behind at half-time to win a Rugby World Cup match (Argentina v Samoa in 1999). Mountain.#RWC2019 #AUSvWAL pic.twitter.com/mYT2wvQKs7


popular
Roy Keane's first impression of Cristiano Ronaldo proved to be very accurate
The 14 Irish players Down Under as TG4 come up with the goods once again
The SportsJOE 12 o'clock quiz | Day 290
QUIZ: Can you name all of these 1990s GAA stars?
UFC fight cancelled for incredibly dumb-sounding reason
Lady Gaga will perform Satanic ritual during Super Bowl halftime show, according to conspiracy theorist
Leinster v Munster team predictions: Robbie Henshaw's injury creates selection conundrum
You may also like
2 months ago
One Ireland star tops our player ratings after Wales put to bed early
2 months ago
Liam Williams wasted no time welcoming James Lowe to Test rugby
2 months ago
Ireland team that should face Wales in the Autumn Nations Cup
3 months ago
Player ratings for Ireland after James McClean sees red in Wales draw
3 months ago
Ireland add two exciting young talents to squad for Finland game
4 months ago
"It's in the club's hands and they make things very difficult to be honest"
Next Page