A man who has diligently served his country for almost a decade versus a Western Cape native who simply needs to feature in this Six Nations.

Jamie Heaslip may have missed out on the Irish captaincy but he is expected to have a big say in whether retain their Six Nations title, or not.

CJ Stander has been in sensational form in the No.8 jersey, with Munster, for the past two years.

END_OF_DOCUMENT_TOKEN_TO_BE_REPLACED

Were Peter O'Mahony fit, Stander would push Heaslip to the brink in the battle for the 8 jersey. However, that is not the case.

O'Mahony looks set to miss the championship so, with Iain Henderson, Cian Healy and Mike Ross also injured, Joe Schmidt may stick with what he knows.

Schmidt may install Stander at blindside and covered that topic at the Six Nations launch. If Schmidt goes with Stander, we should see a back row of Stander, Sean O'Brien and Heaslip. 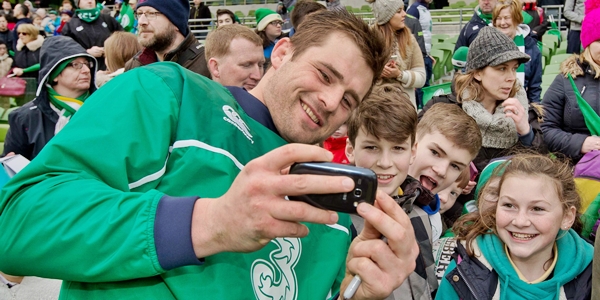 END_OF_DOCUMENT_TOKEN_TO_BE_REPLACED

Another train of thought has in-form Rhys Ruddock slotting in at blindside, where he has played for most of the season. If Schmidt goes with Ruddock, of whom he is a fan, that leaves Stander and Heaslip fighting for one position.

While Heaslip has developed into the worker bee of the Irish pack - carries into contact, support lines, ruck clearing - Stander is a more explosive, line-breaking quantity.

If Schmidt has to choose, should he go with what he knows or shake things up?