"It's very difficult to explain why you're not enjoying being a professional rugby player."

Cathal Sheridan was going places at Munster. Then, injury intervened.

That journey from the treatment room to the pitch can often feel like the loneliest one in the world.

There is often support from medical and coaching staff, the doctors, team-mates, family and friends. Still, it is a journey you must take, for large parts, alone. 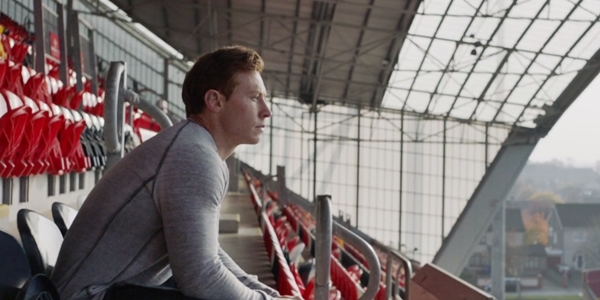 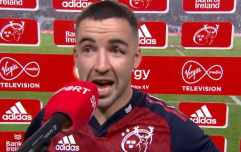 END_OF_DOCUMENT_TOKEN_TO_BE_REPLACED

Sheridan broke his arm in late 2014 and it badly stalled his career. He went from dicing it out with Conor Murray for that coveted No.9 jersey to inching towards a red-circled date on the calendar. When he got there, that date was pushed back.

As part of IRUPA's Tackle Your Feelings campaign, Sheridan opens up about the dark times he went through, when the light at the end of the tunnel was far too dim and far too far away. He says:

"I had been injured plenty of times before this instance, many much more serious and more long term, but I had always managed to deal very effectively with the challenges that go hand in hand with injuries.

"At the time I didn't even understand the effect it was having on me. Not only was I not enjoying being a rugby player, I wasn't really enjoying anything I was doing.

"It was only after a close friend questioned my behaviours that I realised I had been isolating myself, falling into bad habits and even blaming rugby for my frustration. Now I am a lot quicker to notice when something is wrong and I take action straight away."

Check out the full video here:


popular
Roy Keane handled Gary Neville’s goal celebration as most Irish fans would
Roy Keane cracks up ITV pundits with description of Senegal supporters
World Cup 2022 Day 15: All the major action and talking points
Ronaldo finally reveals why he got that hideous haircut
Damien Duff makes 'brutally honest' England World Cup prediction after Wales win
Mauricio Pochettino on Kylian Mbappe and rumours that he's 'difficult'
World Cup 2022 Day 14: All the major action and talking points
You may also like
1 month ago
Munster bloody Leinster's nose but get hit with late, knock-out blows
1 month ago
"You throw a stone across the river, you're in Waterford, boy!" - Tadhg Furlong on growing up near Munster border
1 month ago
"He saw the potential" - Gavin Coombes on inheriting No.8 mantle from Anthony Foley
1 month ago
Peter O'Mahony takes aim at "hysteria" and "disappointing" Munster criticism
1 month ago
19-year-old Edwin Edogbo beasts the Bulls as Munster show signs of life
2 months ago
Rosie Foley completes remarkable 'Triple Crown', in memory of brother Anthony
Next Page