It all ended happily ever after, but the thought still lingers with Ian Madigan.

As we all know, Ireland won the Six Nations in dramatic circumstances last week, claiming the title on points difference after England fell six short against France. 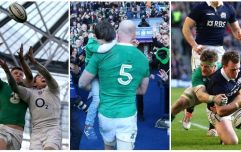 END_OF_DOCUMENT_TOKEN_TO_BE_REPLACED

It didn't matter in the end, but Ireland's Ian Madigan missed a last second kick against Scotland, which would have pushed England's target of victory out to 29 points against the French.

And with England coming within inches of a try in the dying seconds that would have secured the title, the thought of that missed kick was eating Ian Madigan alive.

Speaking to Off The Ball presenter Joe Molloy for an interview with the pair and Peter Stringer, which airs tonight on Setanta Ireland, Madigan says the thought of the kick sailing wide of the posts was gnawing away at him for the entirety of the game in Twickenham.

Madigan said that as soon as the final whistle went in Murrayfield, he was fearing the worst. 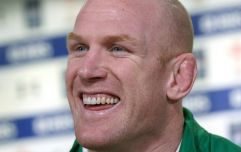 END_OF_DOCUMENT_TOKEN_TO_BE_REPLACED

"I felt pretty shook straight away and I knew that if it came down to England covering the difference by 27 points, that I'd probably be the fall guy," he said.

Madigan added that despite the positive outcome, he still can't forget that sickening feeling.

"It still does hang with me. Just because we won the tournament, I won't park missing the kick, I'll still address why I missed."

Madigan and Stringer's interview with Molloy to preview Leinster and Bath's Champions Cup quarter final this weekend will air on Setanta Ireland tonight at 9.30pm.


popular
Noel Gallagher left 'covered in blood' after headbutt from Ruben Dias’ dad
Cutting through the contradictions from one of the worst television segments of the year
Aiden McGeady details the abuse he suffered after playing for Ireland instead of Scotland
Roy Keane shows great comic timing after Jack Grealish party invite
BBC apologise after accidentally posting mocking Man United message live on TV
The FootballJOE Pub Quiz: Week 38
Alex Ferguson reportedly delivered a cutting put down to Ralf Rangnick's assistant coach
You may also like
7 years ago
One of Ireland's Six Nations heroines is romping Sky Sports' sportswoman of the month poll
7 years ago
Ian Madigan could have been the 'fall guy' if Ireland were pipped to Six Nations title
7 years ago
Analysis: Six Nations form shows that Irish scrum has bright future
7 years ago
Conor Murray deserves to be Six Nations Player of the Tournament because...
7 years ago
Robbie Henshaw deserves to be Six Nations Player of the Tournament because...
7 years ago
Will Greenwood pulls out the greatest Peter O'Mahony quote of all time
Next Page