Thank goodness both head coaches have rolled the dice and picked strong teams.

Ulster suffered their first defeat of the season when they got walloped by Munster, at Thomond Park, last weekend. Dan McFarland has brought Jacob Stockdale and Rory Best into his starting XV but Connacht are heading north with a decent squad.

Andy Friend's men lost to Leinster at the Sportsground in their last PRO14 outing as they ran into blue wall after blue wall. Leinster will prove unstoppable for most PRO14 sides but another loss to an inter-provincial rival will see them drop down the table before they head into Challenge Cup action.

Best will captain Ulster on his return to the side and he will pack down with props Tom O'Toole and Andrew Warwick. Alan O’Connor and Iain Henderson are just behind them in the second row while Marcell Coetzee is fit again and joins Matthew Rea and Nick Timoney in the back row.

The big news in the Ulster backline is Stockdale getting the No.11 jersey for his first game of the season. A hamstring tear delayed his return by a few weeks but he goes into the back three with Angus Kernohan and Peter Nelson. 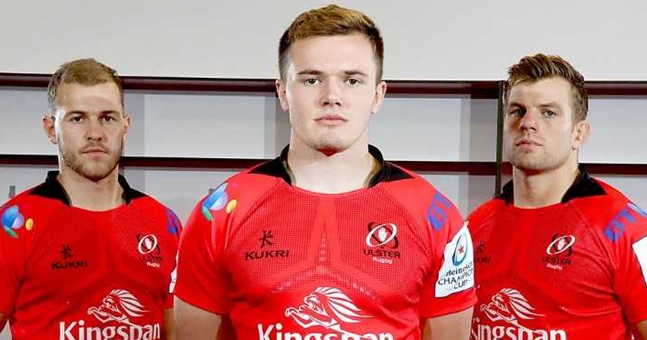 Connacht, meanwhile, welcome back captain Jarrad Butler to openside. Butler is one of four fresh faces in the westerner's starting XV for the game. As per the Connacht release:

END_OF_DOCUMENT_TOKEN_TO_BE_REPLACED

'There is one change in the front row as Tom McCartney starts at hooker in place of the injured Dave Heffernan who captained the team against Leinster. The remainder of the front 5 is unchanged with props Denis Buckley and Finlay Bealham both included as is Ultan Dillane and Quinn Roux in the second row.

'Jack Carty and Kieran Marmion continue their half-back partnership as do Bundee Aki and Tom Farrell in the midfield. Matt Healy’s return from injury on the wing sees him included in a back three that includes Niyi Adeolokun on the opposite wing and Tiernan O’Halloran at fullback.'

"Both sides will be trying to recover from the six day turnaround and that is the challenge in these big games," said Friend.

"This week involved reviewing the game last week and fine tuning things from last weekend so we are ready to go for Friday. It is great to have our captain Jarrad back and one or two other guys who were returning from small knocks. We are expecting a massive challenge from a real quality Ulster side."

The match will be live on eir Sport 1 from 7:35pm with Tommy Bowe presenting from his old stomping ground, Kingspan Stadium.


popular
Referee Mathieu Raynal puts Sexton in his place after TMO mess
Sexton compares "brilliant" Irish debutant Craig Casey to Jonny Wilkinson
Tadhg Beirne now delivering what so many of us knew he was capable of
The SportsJOE 12 o'clock quiz | Day 308
Will Connors locks down No.7 jersey with two rapid succession plays
"I was like, ‘My ear is hanging off my head. Can you not see that?!'"
Owen Farrell rages at referee Pascal Gauzere as Wales catch England sleeping
You may also like
4 months ago
"Bundee Aki made me cringe a little bit, at how much he was going at it"
5 months ago
Here's what the Champions Cup 2020/21 changes mean for your province
5 months ago
Johann Van Graan takes justifiable cut at short semi-final turnaround
5 months ago
Bundee Aki goes down kicking and screaming as Munster march on
5 months ago
Abraham Papali'i shown straight red card for crunching tackle on Conor Murray
6 months ago
"Zeebs used to call him 'Young ROG' when he was down here"
Next Page