It was not often pretty but Ulster got the job done against Bath, even if it took a reckless red card to swing the tie in their favour.

Ulster led 19-15 with less than 10 minutes to go, and were just about hanging on, when sub hooker Ross Batty put in a high shoulder shot that connected with the head of John Cooney. It took several replays, and minutes, but the match referee eventually gave Batty his marching orders and a penalty, which all but sealed Bath's fate and Ulster passage to the last eight of the Champions Cup.

Bath started the afternoon on a meagre four points in the pool and they were without the likes of Rhys Priestland, Anthony Watson, Semesa Rokoduguni and Joe Cokanasiga for the game. So, when Ulster went 7-0 ahead after only seven minutes - with John Cooney converting a Marcell Coetzee try - one would have been forgiven to writing this game off.

Instead it was Bath that scored next and it came with Ulster fullback Will Addison off for treatment on a cut to the head. Jacob Stockdale was covering for Addison when he was undone by the bounce as he was trying to cover across to deal with Freddie Burns' cross-field kick. The ball bounced up invitingly for Ruaridh McConnochie and he crashed over.

Ulster failed to score when Bath were reduced to 14 men, soon after, when Tom Ellis pushed Cooney to scupper a scoring chance for the home side. The half ended with Bath on the attack and some in the crowd hoping their side got their act together in the second half. HALF-TIME: Ulster 7-7 Bath 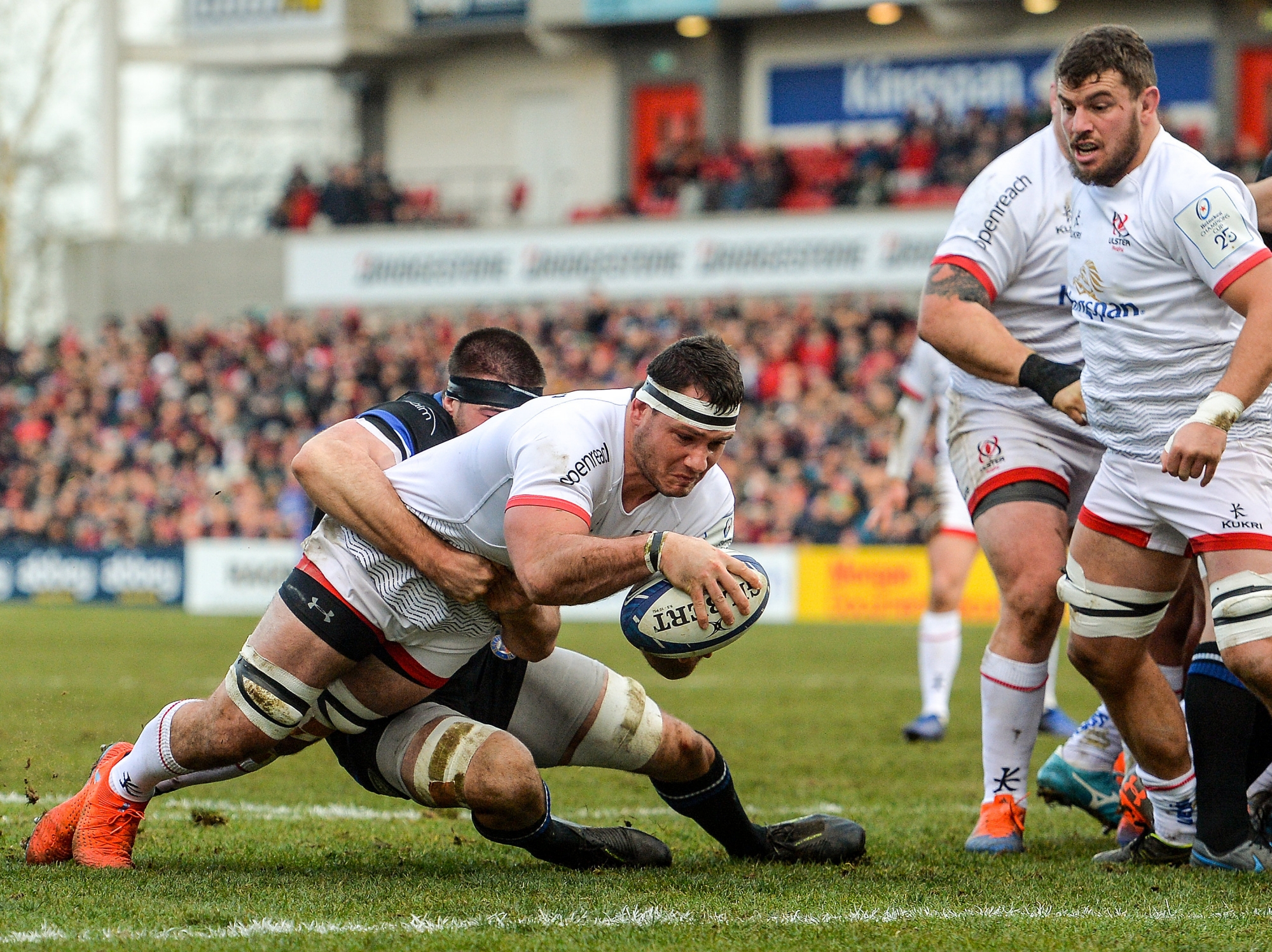 Marcell Coetzee scores his Ulster's first try despite the tackle of Josh Bayliss of Bath during the Heineken Champions Cup Pool 3 match at Kingspan Stadium in Belfast. (Photo by Oliver McVeigh/Sportsfile)

Those nervous home supporters were buoyed, then, when Will Addison put Robert Baloucoune in for his third try in five European games. It was another slick attacking move but there was end product on this foray.

Addison then got over for the province's third try, on 48 minutes, and even though Cooney missed his touchline conversion it was 19-10 to the hosts. 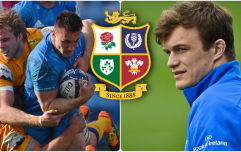 END_OF_DOCUMENT_TOKEN_TO_BE_REPLACED

Again, though, Bath did not wilt. The Bath scrum was dominating Ulster's and winning penalties all afternoon. The pressure told as Bath mauled brutishly and Ross Batty dived over. Freddie Burns missed the conversion and Ulster led by just four points with 13 minutes to go.

On 72 minutes came the turning point. Batty put in a high shot on ball-carrying Cooney and, after a lengthy TMO check, was red-carded.

Ulster took the sensible option and Billy Burns kicked three points as a groggy Cooney headed to the sidelines. That made it 22-15 and it was enough to send the home side into the knock-out stages for the second season in succession.

OUR MAN OF THE MATCH: Marcel Coetzee (Ulster)


popular
In 86 seconds, Patrick Bamford becomes English football's voice of reason
'Make him hurt, make him yours' - How the Springboks ruled the world
Jose Mourinho is about to step up and become the hero football needs
Springboks legend Tendai Mtawawira tells us what he really thinks of Ellis Genge
Michael Bisping tears into Dillon Danis for 'trying to be Conor McGregor so hard'
"We did find him hours later and we made up." - How Flynn and his best friend came to blows in Croke Park
Football's greatest heist has been happening in broad daylight for years
You may also like
1 week ago
Robbie Henshaw gives copy-book response when asked about Lions Tour
1 week ago
Leinster remind Europe what they're all about to reach Champions Cup semis
2 weeks ago
"Gavin Coombes was outstanding" - Munster's ray of hope as European light snuffed out
2 weeks ago
Munster's Champions Cup dreams blown away by late Toulouse burst
2 weeks ago
Worrying footage as Tadhg Beirne suffers "bad injury" to ribs
2 weeks ago
Ronan O'Gara's post-match interview gives Irish fans glimpse of exciting future
Next Page