Do you think there should have been more selected from Ireland?

As the dust settles on the 2017 Six Nations championship, it is now time for attention to be focussed on who were the best performers throughout the 15 fixtures over the past seven weeks.

Each team had their own standout players which has been reflected in the 12-man shortlist which has been drawn up by Accenture and former South Africa and Italy coach, Nick Mallet.

END_OF_DOCUMENT_TOKEN_TO_BE_REPLACED

However, only two of these aforementioned players have made the official list and both of these ply their trade down south.

The Munster duo of CJ Stander and Conor Murray are both included. 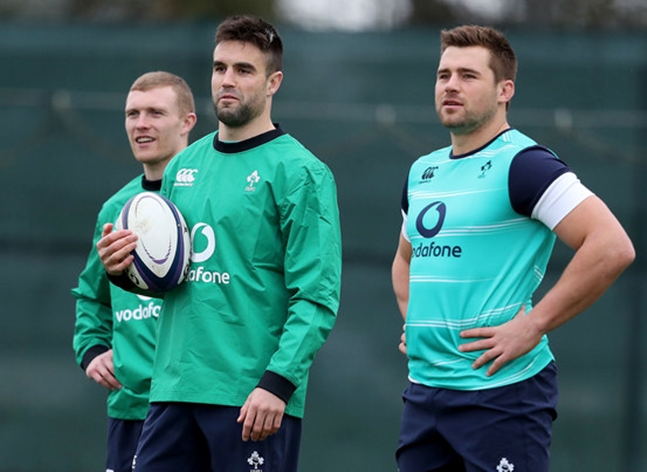 END_OF_DOCUMENT_TOKEN_TO_BE_REPLACED

Both players had very good tournaments so it is no surprise that they both make the list.

Murray, unfortunately, got injured in the Welsh match which contributed to the disappointing nature of Ireland's performance.

He will be best remembered for the commanding display he put in against France.

Once which earned him the man-of-the-match award and led to people calling him as a potential candidate for Lions captain.

Stander was consistently Ireland's best back-row player of the championship and his performances were everything which we have come to expect from the South African-born star.

Barn-storming carries, ridiculous tackle counts...the man does it all.

It's hard to argue with the inclusion of the Munster pair but perhaps there should be more Irish representation?

Making up the rest of the 12-man shortlist are:

England have the highest level of representation (3) which is understandable considering they're Six Nations champions.

Wales, Scotland, Ireland and France all have two with Italy only managing one player in Parisse.

Voting is open until noon on Tuesday March 21.

You can vote for your best player of the tournament here.


popular
QUIZ: How many of the 10 most successful football counties can you name without making a mistake?
Éamonn Fitzmaurice explains Aidan O'Shea's best position and how it can be used against Kerry
Matt Le Tissier says he asked Sky Sports why they never sacked Jamie Carragher
Conor McGregor and Floyd Mayweather 'in talks' about a rematch
Zinedine Zidane explains why he would never manage Man United
Two All-Ireland quarter-finals to be streamed exclusively live on NOW
You'll have to be red-hot to get 20/20 in this 2010s footballers quiz
You may also like
1 week ago
"Hopefully we'll come away with a gem" - Joe McCarthy potential sealed Ireland selection
1 week ago
Andy Farrell had an interesting take on Irish provinces being outmuscled in big games
1 week ago
Nathan Collins stuns Ukraine with goal sweeter than Michael Obafemi's
1 week ago
"I got sent the clip!" - Mack Hansen wasn't letting Greg O'Shea forget his Ireland comments
1 week ago
Ireland team Andy Farrell should start in First Test against the All Blacks
1 week ago
Five new faces in 40-man Ireland squad to tour New Zealand
Next Page