'I trained with Ireland and Schmidt would bollock players, which you don't see anymore'

Ireland rugby head coach Joe Schmidt can be charming in front of the national media at the best of times but behind closed doors he can be ruthless and cutting in his training sessions.

The New Zealander has long been known for his sharp critiques and his frank manner with players at training with Schmidt famously telling Brian O'Driscoll once that 'good players catch those' after the former Ireland captain dropped a daisycutter of a pass at a Leinster training session. 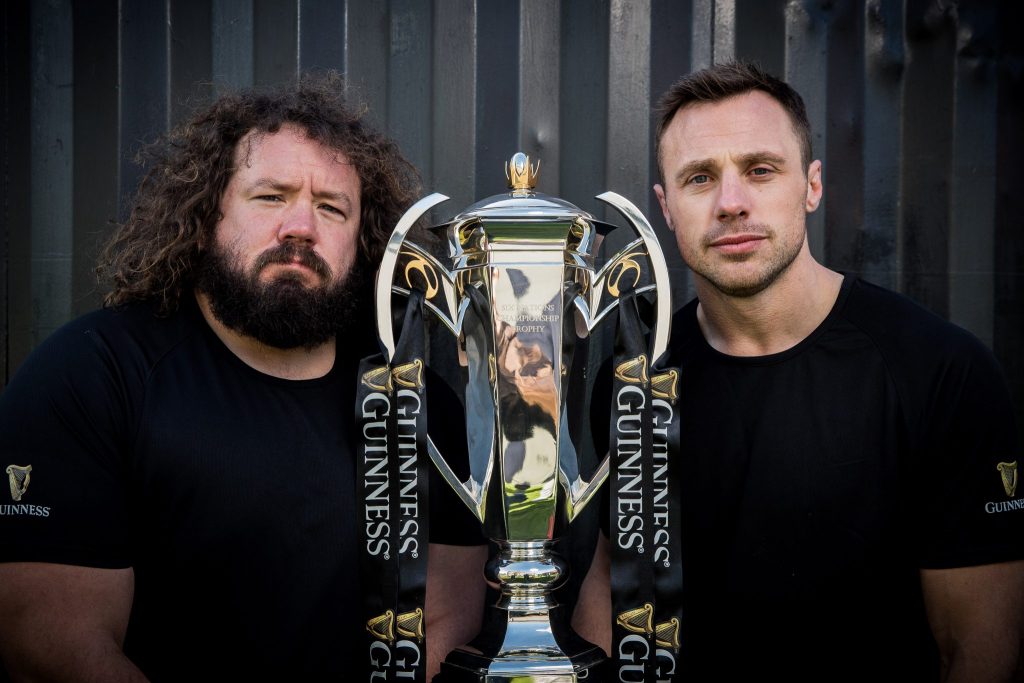 END_OF_DOCUMENT_TOKEN_TO_BE_REPLACED

Former Wales international Adam Jones said that Ireland have a phenomenal coaching setup and the Harlequins forwards coach said that he trained with Ireland a few years ago while he was still a player with Quins.

Jones said that he was amazed at just how blunt Schmidt and fly-half Johnny Sexton were around the ground and he added that the pair basically ran the session.

"We trained against Ireland in 2015, I had the full Irish kit, Rala sorted me out with a track-suit and stuff -- Paulie [O'Connell] took the piss a bit," Jones said ahead of the Guinness Six Nations finale between Ireland and Wales this weekend.

"I could see how (Joe) was. If you're not doing exactly what he says, he'd stop the session and he'd...the detail was something I hadn't seen before.

"His eyes were Johnny Sexton. It was essentially those two coaching the team, which was unbelievable to watch, because a lot drills when you're coaching is player led, but when they were running plays and patterns he was on the field telling them what to do.

"And if it wasn't done, then he'd stop, bollock the boys - which was amazing, you don't see much bollocking done any more - but he wasn't scared to do that.

"The detail and the dynamic between him and Sexton was interesting to watch."

Former Ireland number eight Jamie Heaslip had previously said that some of the Lions players were a bit taken aback on the Australian tour by just how vocal Sexton was at training and Jones added that Schmidt will stop training at a moment's notice if he doesn't feel the players are doing things right.

"Even the angle Mike Ross is running, if you're too deep or too flat he'd stop and put you in place. And if he wasn't doing it, Johnny Sexton was doing it.

"The last week in the Lions tour of 2013 we were doing plays and it was the first time I saw Johnny Sexton go off... he was pretty good all tour, pretty calm.

"It was a pull-out from the back of a maul. We had Jamie (Roberts) coming flat, (Richard Hibbard) was supposed to play it out the back to Johnny. Hibbs couldn't quite get it right. And he went at Hibbs.

"Because he knew everyone's role, because Hibbs didn't know his role it really pissed him off. You can see it in Schmidt, the detail around it.

"(Normally) international rugby probably doesn't go into that much detail because you don't have that much time. But what I've seen of them, some of the intricacies around the plays are down to a fine art and that's what makes him such a good coach."

END_OF_DOCUMENT_TOKEN_TO_BE_REPLACED


popular
World Cup Power Rankings: The top eight pundits of the tournament so far
Talksport presenter puts Martin O'Neill to the pin of his collar over Declan Rice and Jack Grealish
Rory McIlroy explains 'falling out' with Shane Lowry that lasted a few years
World Cup Power Rankings: The top 10 players at the tournament ahead of the quarter-finals
'I just became obsessed with football' - Cruciate curse actually a blessing for Sheehan
Ariel Helwani shares Paddy Pimblett WhatsApp messages as spat becomes public
"There's no soccer, hurling, or rugby" - Kilcoo's secret to success
You may also like
6 days ago
Shay Given on how far Ireland could've gone at the 2002 World Cup with Roy Keane in the team
1 week ago
From Ireland to Argentina: Alexis Mac Allister's Irish roots explained
1 week ago
Former England international admits he wishes he had played for Ireland
2 weeks ago
Two baffling omissions as four Ireland stars make World Rugby 'Dream Team' of the Year
2 weeks ago
Josh van der Flier claims World Rugby Player of the Year at Monaco ceremony
2 weeks ago
"Highlight of my Ireland career" - Behind the scenes as Jack Crowley and Ross Byrne covered for a legend
Next Page