Brought to you by Rugby Rising

For the first time ever, Rugby Rising will pit the biggest rugby schools in the country against each other for a brand-new trophy. There'll be everything from live music and fancy dress (it is Halloween after all) on the Monday, Wednesday and Friday, so it's about a lot more than rugby!

END_OF_DOCUMENT_TOKEN_TO_BE_REPLACED

After Tommy Bowe and Louis Ludik spoke about their favourite memories playing rugby, they got the idea of starting their own tournament. Fast forward two years, and it's about to become a reality.

Rugby Rising will have Irish rugby schools battling it out for a brand-new trophy, and the plan is to make it an annual event. As an added incentive, buying a ticket will put your name into a draw for tickets to Ireland vs New Zealand in the Aviva Stadium on Saturday, 18 November! 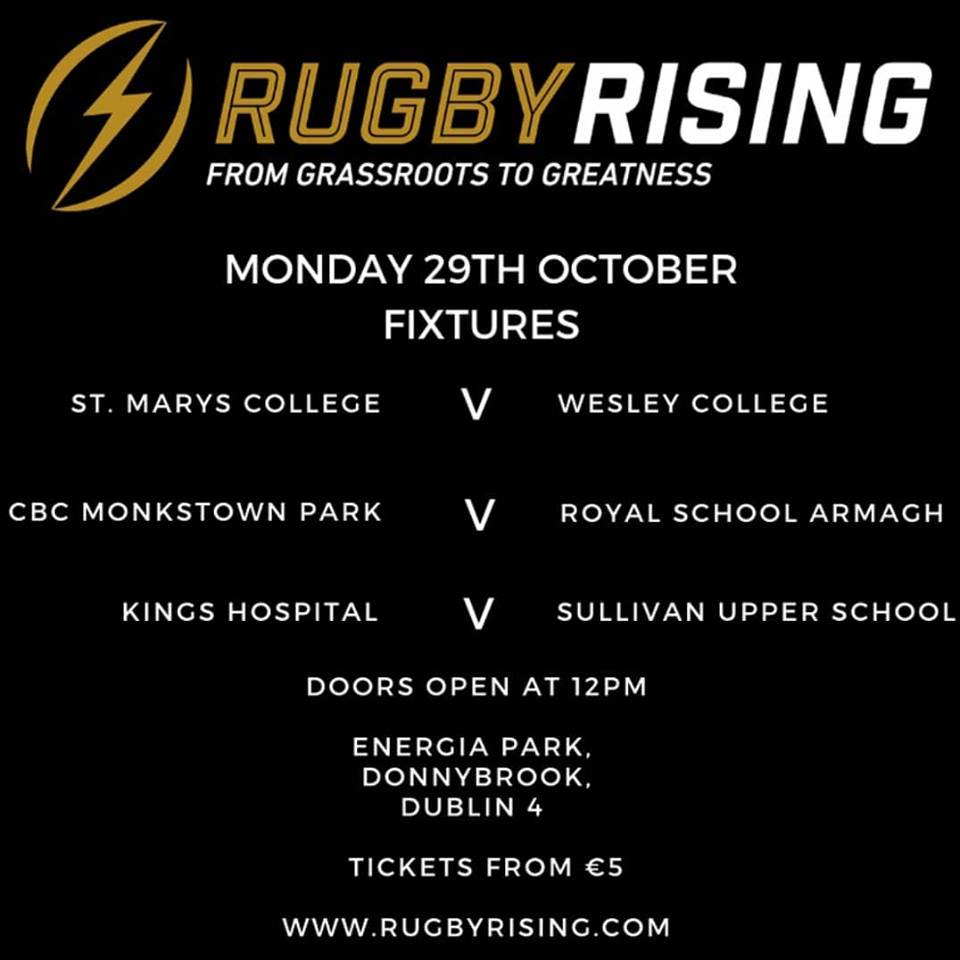 END_OF_DOCUMENT_TOKEN_TO_BE_REPLACED

Taking place throughout the October mid-term break, Rugby Rising kicks off on Monday, 29 October. It is about so much more than just playing rugby. Over the three match-days (Mon, Wed & Fri), players will be provided with a platform to develop their knowledge of health and wellbeing while networking with friends and rival teams throughout the country.

There will also be an opportunity to meet the nation’s leading faces in rugby (international coaches & players and industry professionals). Teams can opt for either residential or non-residential participation.

They're going all out with the fancy dress as well, with a different theme each day. Monday is Superhero Scramble day, Wednesday is Ghosts and Ghouls, and Friday is School Colours day!

Brought to you by Rugby Rising


popular
Talksport presenter puts Martin O'Neill to the pin of his collar over Declan Rice and Jack Grealish
World Cup Power Rankings: The top eight pundits of the tournament so far
Rory McIlroy explains 'falling out' with Shane Lowry that lasted a few years
World Cup Power Rankings: The top 10 players at the tournament ahead of the quarter-finals
Ariel Helwani shares Paddy Pimblett WhatsApp messages as spat becomes public
Ballyhale's Colin Fennelly felt Ballygunner's victory speech was disrespectful
Gary Neville sticks up for Ronaldo as contextless pictures and videos taken as gospel
You may also like
1 month ago
Taking on the Dublin City Marathon? Here are 4 top training tips to help you prepare for the run
1 month ago
Looking for healthcare on-the-go? This handy online prescription service could be the perfect solution
5 months ago
Join our ultimate sports quiz in Dublin for a chance to WIN a trip to a Premier League game
8 months ago
Join Munster legend Billy Holland for this free mortgage masterclass
10 months ago
[CLOSED] COMPETITION: WIN a two-night stay at the luxury Trident Hotel in Kinsale Harbour
11 months ago
Here's where you can find some incredible deals on exercise machines in 2022
Next Page