"Every rugby player, whenever you'd ask them, they have all wondered what it would be like to pad up."

Tommy Bowe is 38 years old now, and four years out of professional rugby, but a part of him was still convinced he could show these college football coaches a turn or two.

The former Ulster, Ireland and Lions winger had the chance to fly over to Chicago, recently, and get a taste for college football life when he visited the team, and facilities, at Northwestern University.

END_OF_DOCUMENT_TOKEN_TO_BE_REPLACED

Northwestern take on Nebraska, this Saturday at the Aviva Stadium, in the Aer Lingus College Football Classic, and Bowe got a taste of what it takes to make it as a top college prospect.

The Monaghan native admits he, at one time, looked at big NFL games and wondered if his pace, strength and agility would transfer to American Football.

"Yeah, I had wondered what it would be like to put on all the gear, and thought, 'Could I make it in American Football?'

"I got that opportunity, and got to run about with a full college team and I can tell you now, 100%, that I would NOT have made it!" 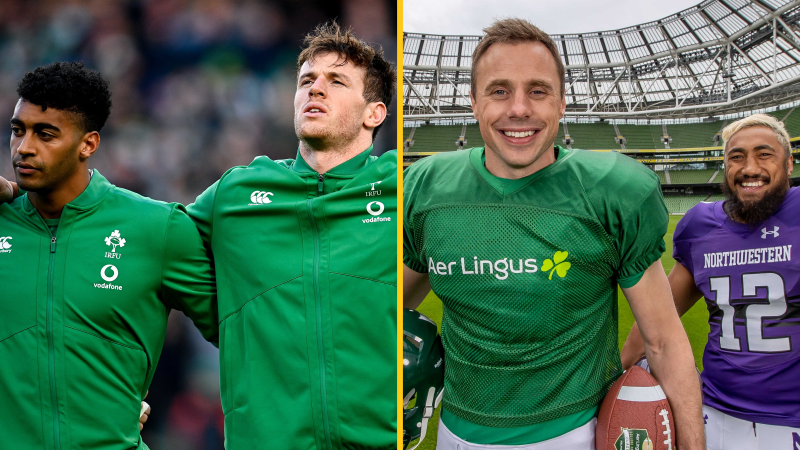 'Bundee and Mack are at the peak of their powers'

During his trip to check out the college football facilities and set-up at Northwestern University, Tommy Bowe says he was 'absolutely blown away by how enormous it is'.

"I've been very fortunate to play rugby at the top level, but it doesn't even scratch the surface of what top American Football has to offer."

As part of a mini-series previewing the College Football Classic, Bowe headed down to Lansdowne RFC's pitch beside the Aviva Stadium and put current Irish rugby stars Bundee Aki and Mack Hansen through a pig-skin challenge.

"The two guys are massive into the NFL and love their American Football," says Bowe. "It was amazing to even see someone like Bundee trying to squeeze into all the pads and trying the helmet on. They both loved it.

"Someone like Bundee and Mack are at the peak of their powers. They probably do think they could give the game a good go."

As well as Aki and Hansen, Bowe named three Irish rugby players that would be, or would have been, suited for the NFL. 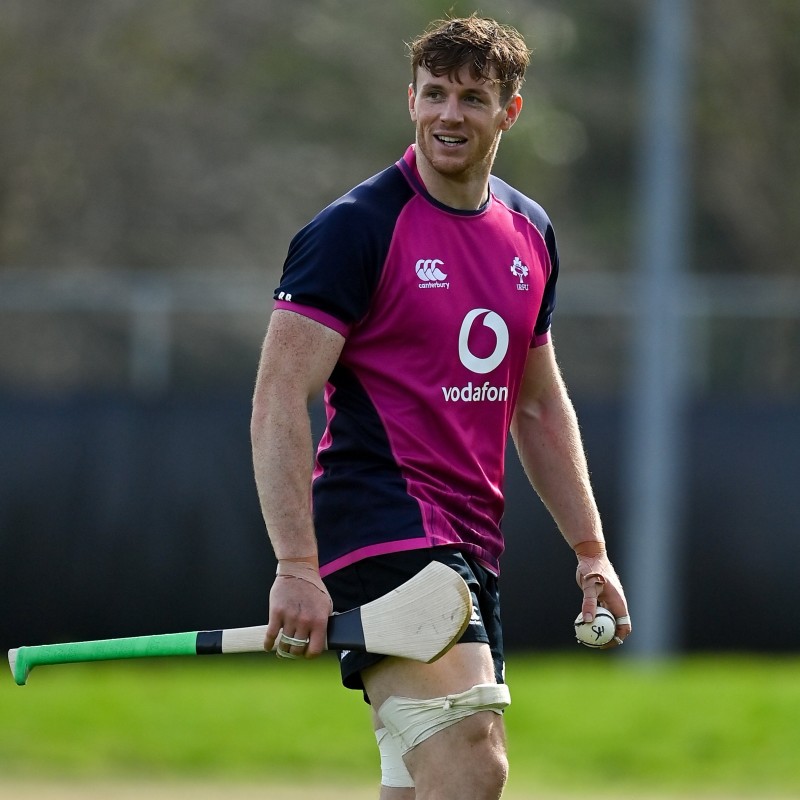 Tommy Bowe on rugby stars that could've had an NFL chance

"It's interesting to see the likes of Christian Wade," says Tommy Bowe, "who I played with on the Lions Tour [in 2013] being over there with the Buffalo Bills.

"Then you had the likes of [former rugby league star] Jarryd Hayne with San Francisco before, and Aussie player."

Asked what Irish players had the potential to play NFL, in their prime, or could be well suited for American Football, Bowe names two former teammates and one current star.

"There are guys who, at their peak, could have made it. I'd be thinking of someone like a Ryan Baird. He is exceptionally tall but just an all-out athlete. He can sprint around the pitch and is very talented.

"Someone like a Stephen Ferris, back in his prime. A big guy who can really use his physicality. Even someone like a Sean O'Brien."

If there was one element of American Football that Bowe could have quickly adapted to, it is the short, sharp passages of play, and rests on the bench in between.

"For so many guys, it's just offence and defence and they may even be in for just seconds, or split-seconds, but it's at such a high intensity."

The Aer Lingus College Football Classic is coming up at the Aviva Stadium, Dublin this Saturday, August 27th (and some tickets are still available)


popular
Roy Keane flatly rejects longstanding perception of ex-Man United midfielder Paul Ince
Allianz National Football League Round 1: All the action and talking points
Sean Dyche set to be named Everton manager after Marcelo Bielsa talks break down
British publication urges Gareth Southgate to claim Evan Ferguson for England
"Not cool" - Jurgen Klopp far from happy with question about late Liverpool fouls
John Egan breaks Wrexham hearts and denies Ryan Reynolds a Hollywood ending
Roy Keane leaves ITV pundits in stitches after Pep Guardiola's pre-match interview
You may also like
3 days ago
The two toughest calls in Ireland team to face Wales are in the backline
4 days ago
"He didn't give me that jersey back!" - Johnny Sexton on new rival Jack Crowley
6 days ago
Robbie Henshaw on his life-long friendship with Bundee Aki and Netflix documentaries
1 week ago
Munster get brutal Champions Cup draw as Leinster face Ulster in Last 16
1 week ago
“He's gonna be pi**ed when he hears this!” – Anthony Watson's Vegas trip with Tadhg Furlong
1 week ago
Kieran Treadwell the most unfortunate Ireland player to miss Six Nations call
Next Page