"If you don’t have those factors then you won’t really be successful."

Over the course of their 23-game winning streak, this season, Leinster have conceded 10 points or less on 10 different occasions. They are as miserly in defence as they are expansive and devastating in attack.

It is not reserved for the Guinness PRO14, which they have dominated this season. They have beaten Lyon 13-6, over in France, and defeated Treviso 18-0 at The RDS. Overall, this season Leinster have scored 770 points and conceded only 298.

END_OF_DOCUMENT_TOKEN_TO_BE_REPLACED

The impression I have got, at the three Aviva Stadium games I have attended since the restart, is how much Leinster relish their defensive duties. As Munster and Ulster emptied their collective tanks, the Leinster defence honestly looked to be enjoying themselves. They fill the line - with 14 and 15 men on their feet - better than any other team in Europe and jealously guard their 22.

With no crowds present, you could hear the thump and thwack of bodies on bodies and the roars and whoops from the Leinster players - on the pitch and in the stands - whenever a mistake was forced or a penalty won.

"We didn’t make many mistakes in defence and just worked really hard," he added, "put some good contacts in so I think it doesn’t really do justice to how good Ulster were. We worked really, really hard.

"I think one of our most pleasing defensive performances this season. Ulster are a very good side but very pleasing to keep them out for that amount of time." 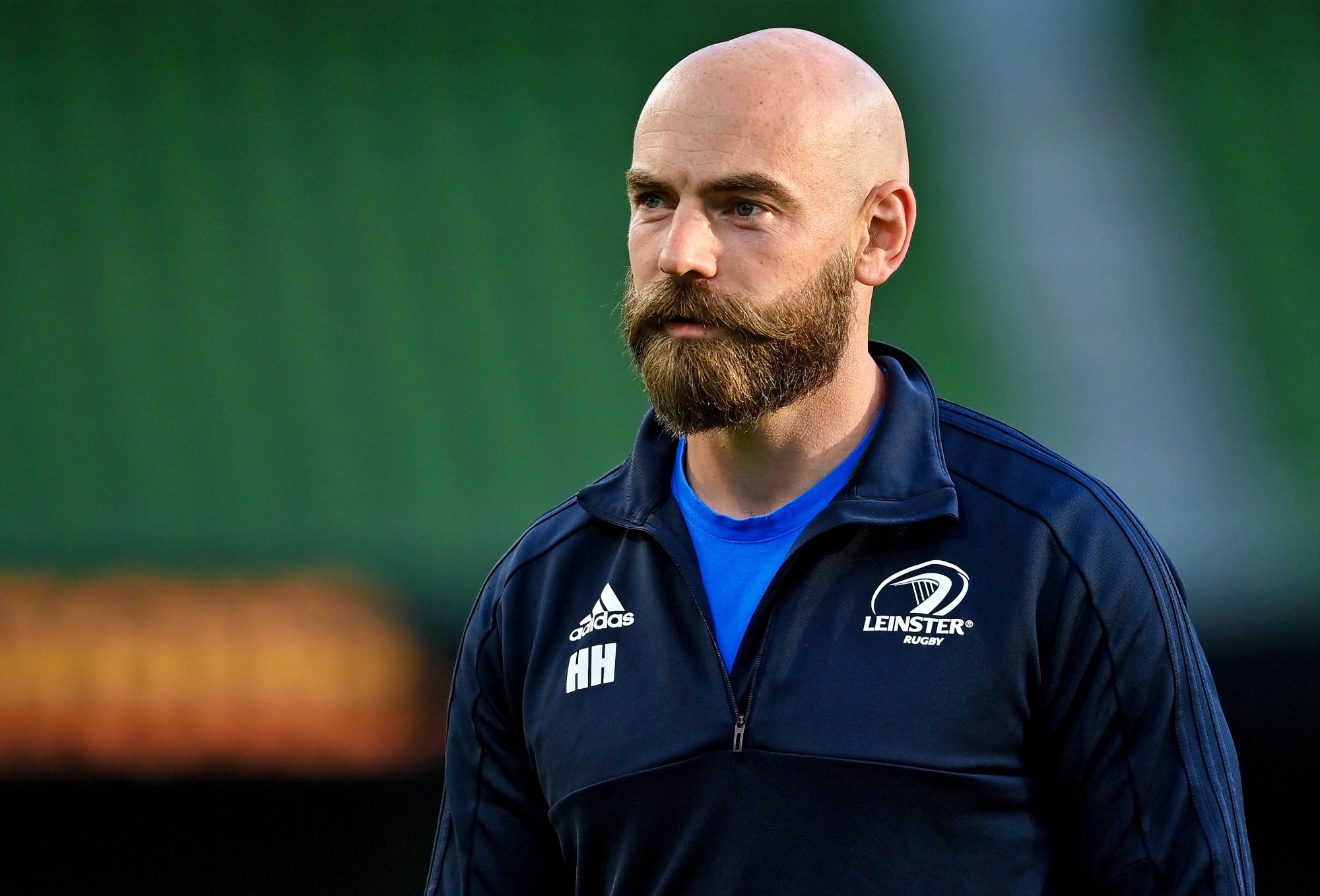 END_OF_DOCUMENT_TOKEN_TO_BE_REPLACED

Asked to try and put how this Leinster side defend into words, van der Flier spoke about the karate black-belt on their coaching staff that has added an extra element to their game.

Hugh Hogan, a former elite player development officer, U20 and 'A' coach with the province, was promoted to the newly minted position of Contact Skills Coach in August 2018. Van der Flier speaks highly of Hogan, with whom he has worked with closely through the Leinster system.

"[Defending] is a mindset," he says. "The most basic thing about rugby is that if you are more physical and you win the gainline then you will probably win the game.

"We have obviously built that up, getting our preparation up. But we can’t underestimate the contribution of Hugh Hogan, our skills coach, getting that tackle technique right.

"We obviously have strategies for each game, subtle things. We have our defensive set-up; tackling – the way we want to tackle but then things vary from week to week. Like, for some games, we want to get up and [apply] pressure so that we don’t let them use their footwork. Another time you want to tackle with two people rather than one-on-ones if they are much bigger guys or try and chop tackle and take them low. So building those strategies each week is obviously a huge part of it.

“But at the end of the day, it does come down – no matter how technical you are about it – to physicality and mindset. If you don’t have those two factors then you won’t really be successful."

END_OF_DOCUMENT_TOKEN_TO_BE_REPLACED

Physicality, mindset and the tangible impact of a coaching staff that made that wise addition of Hogan.

Whatever has been thrown at Leinster, up until now, should pale into insignificance when Saracens pitch up at the Aviva Stadium with their crack XV.

Leinster will get their chances to attack, but they will need to be at their defensive best to dethrone the reigning champs.


popular
Talksport presenter puts Martin O'Neill to the pin of his collar over Declan Rice and Jack Grealish
Gary Neville sticks up for Ronaldo as contextless pictures and videos taken as gospel
Ariel Helwani shares Paddy Pimblett WhatsApp messages as spat becomes public
Rory McIlroy explains 'falling out' with Shane Lowry that lasted a few years
World Cup Power Rankings: The top eight pundits of the tournament so far
World Cup Power Rankings: The top 10 players at the tournament ahead of the quarter-finals
Roy Keane scores winning goal past Micah Richards in ITV v BBC pundits match
You may also like
2 weeks ago
Alternative World Rugby Dream Team selected, with two extra Ireland stars
2 weeks ago
"Two Irish players are best in the world" - Rugby reacts to big Josh van der Flier and Terry Kennedy awards
2 weeks ago
Two baffling omissions as four Ireland stars make World Rugby 'Dream Team' of the Year
2 weeks ago
Josh van der Flier claims World Rugby Player of the Year at Monaco ceremony
2 weeks ago
"Highlight of my Ireland career" - Behind the scenes as Jack Crowley and Ross Byrne covered for a legend
2 weeks ago
Bundee Aki reminded us all of his best qualities, on a night Ireland couldn't do without him
Next Page