The full, awkward exchange between Jack McGrath and the Kiwi journalists that thought he was Rory Best

The Kiwi journalists were at it again.

Every time Ireland come up against the All Blacks, they are forced to endure a unique form of ignorance.

The All Blacks are the greatest so why worry about everyone else? That is the logic.

END_OF_DOCUMENT_TOKEN_TO_BE_REPLACED

In 2012, Ma'a Nonu spoke about how Paul O'Connell was the biggest threat to New Zealand only to learn the Munster lock was injured and had not made the touring party.

"Aw... yeah. The other guy knows his stuff too. He's tough," Nonu scrambled. 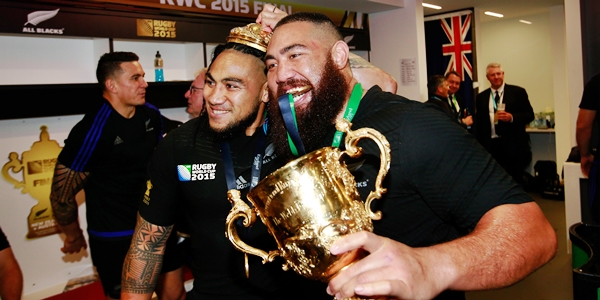 Today at Trump Towers, Jack McGrath, who will probably start at loosehead on next summer's Lions tour to New Zealand, sat at the top table in Chicago today, the second question he faced was all about Rory Best.

In fairness, the Leinster prop handled it well.

Kiwi reporter: "Rory, your opposite Dane Coles spoke earlier in the week and was very complimentary of how you play. He said you had an outrageous work-rate and were one of the best hookers in the world. How do you see him?"

McGrath: "Emm, I'll tell Rory that when I see him. I'm Jack McGrath, by the way. I'll be going against Owen Franks at the weekend. He is a massively experienced operator, as are all the front row. It is going to be a hugely physical battle and it will be won and lost at scrum-time.

"Again, we've worked really hard on video to see where their strengths are and where to counter-act that. We're a strong scrum so we're going to have to maybe have a go at it."

Other Kiwi reporter: "Jack, on a scale of 1 to 10, how offensive is it being confused with Rory Best?"

McGrath: "Well he wears a scrum-cap so sometimes... I've been called worse, let's just say that. It's not too bad; I don't mind that. The calibre of the man, it's not too bad to be compared to him."

END_OF_DOCUMENT_TOKEN_TO_BE_REPLACED

There then followed a question about McGrath sporting a moustache to tell him apart from Best.

He swatted that away and sought to move on. Joe Schmidt wouldn't let him forget it as the press briefing wound up.

"Off you go now Rory," he laughed.

The only way to answer these Kiwi's is to beat them on the rugby pitch. If we don't, we can't really complain.


popular
Brendan Ó Dufaigh gives a powerful interview on an emotional night in Ulster
Full player ratings as South Africa leave Lions battered, bruised and beaten
Jamaica teammates are as frosty after Thompson-Herah's history-making 100m win
Paul O'Donovan busts the cliches and leaves the mystery behind him in one more emphatic interview
Cheslin Kolbe somehow avoids red card after leaving Conor Murray in awful heap
Down u20 star dedicates Ulster victory to his late teammate in powerful interview
Warren Gatland gives his take on that dangerous challenge on Conor Murray
You may also like
3 days ago
Ireland's rowing heroes on what everyone was shouting as they beat Team GB to bronze
3 days ago
"Hopefully it gives young girls real hope that anything is possible. If we can do it, anyone can!"
2 weeks ago
Football is coming to its 'real' home as Dublin set to host major tournament final
3 weeks ago
Full Ireland ratings as Ronan Kelleher inspires USA thrashing
4 weeks ago
Pre-match comments about Josh van der Flier put performance into perspective
4 weeks ago
Full Ireland ratings as Andy Farrell's men survive one hell of a scare
Next Page