"I'm calling spoof to so many 5ks out there!"

On Saturday, May 9, we have the return of some sporting action, and it is all for a good cause. The Big Rugby Run will reignite some old rivalries and will give many of us a good excuse to get out and stretch our legs.

With many of us confined to our homes for long stretches of the past six weeks, due to the Covid-19 pandemic, the only trips outside are often for a bit of exercise.

Former Munster and Leicester star Johne Murphy is fronting a great fundraising initiative that is bringing a bit of competition into our lives, all within that two kilometres radius of our homes.

The Big Rugby Run is taking place from 10am on Saturday, May 9. It’s being organised by PSA Academies for Feed The Heroes, a fundraising initiative that is providing essential and nutritious meals to frontline heroes fighting Covid-19 here.

The event is a fundraising team virtual relay challenge. The minimum distance is 2km per person and the goal is to run either 21km or 42km. Once you run your leg of the relay, you can tag your teammate on social media to pass the virtual baton.

On the latest episode of Baz & Andrew's House of Rugby, Barry Murphy spoke out The Big Rugby Run to Andrew Trimble [from 11:00 below] and explained how Marcus Horan could yet be his team's secret weapon. 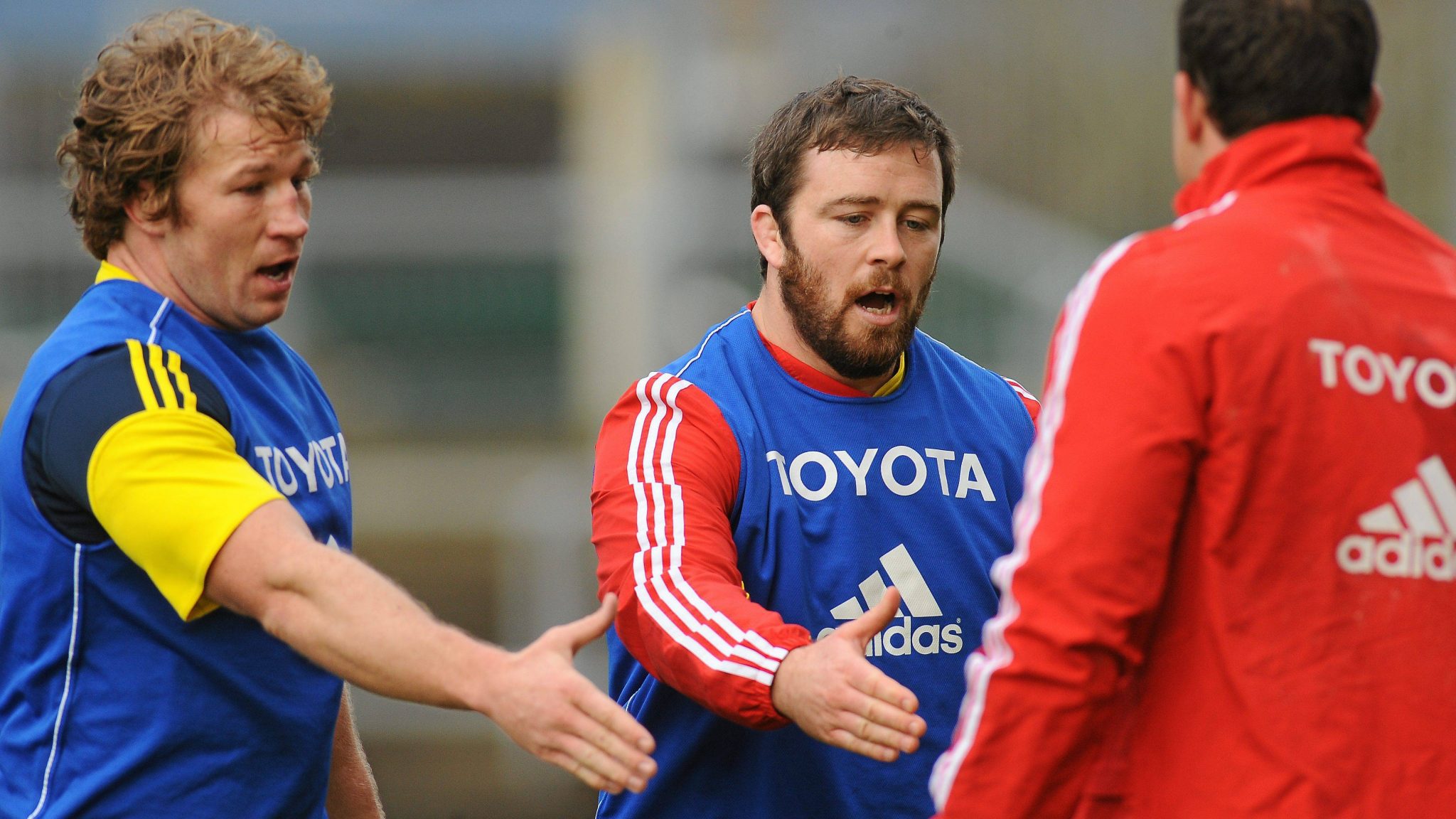 "I've joined up for this thing that Johne Murphy has set up," Murphy began.

"It is a charity run where you have to enter a team of people and it's been organised by the PSA Academies for Feed The Heroes. We're each doing a five kilometre run between our team. We've got a team of myself, Fla, Marcus Horan, Mike Sherry, Mossy Lawlor, Ronan O'Mahony and Cathal Sheridan as our captain.

"We have to do it as a relay race and clock our time for our five kilometres. Now, we've got three front rows in there, which I'm a little worried about, and I'm slow as hell right now. That's worrying, but it's for a good cause and we'll have a few drinks at the end of it."

END_OF_DOCUMENT_TOKEN_TO_BE_REPLACED

Trimble points out that Jerry Flannery is 'not your typical front-row' while Mike Sherry and Marcus Horan were props that could shift when push came to shove. "You've no Mike Ross' in there!" Trimble joked.

Mike Ross is not in the mix yet but but the event organisers have announced the inclusion of a Leinster ex pros team, which includes the likes of Gordon D'Arcy, Dominic Ryan, Malcolm O'Kelly and Shane Jennings.

Stop The Press! The Leinster ex pros team have now signed up for #TheBigRugbyRun. Delighted to have the lads joining our *virtual* team relay on Sat 9 May, in support of @Feedtheheroes. Well done lads. Great inspiration for young & older teams to sign up https://t.co/Yggv4CFL3o pic.twitter.com/dY2BI510oc

Horan, who retired from rugby in 2013, has been tipping away with regular long-distance runs and Murphy remarks that he can't but be notified of the former prop's latest outing every time he logs onto Facebook.

"I'm calling bullshit on my barber. He hasn't ran in about 10 years and he's putting up 21 minutes for his 5ks. He's definitely taking little pauses between his runs [and stopping the clock]."

END_OF_DOCUMENT_TOKEN_TO_BE_REPLACED

The run is open for all comers who can put a team together, so scroll down your contacts and see if you can get the old rugby gang back together again for a very good cause.

More information on The Big Rugby Run can be found here.


popular
'War-scene' in Tyrone dressing room before 2005 final sums up an iconic team
We knew Sean O'Brien wouldn't let us down with his Lions XV
Bill Shankly’s grandson asks for statue to be removed from Anfield
Keith Earls backed for Lions XV by one of the best in the game
The SportsJOE 12 o'clock quiz | Day 335
'Make him hurt, make him yours' - How the Springboks ruled the world
Springboks legend Tendai Mtawawira tells us what he really thinks of Ellis Genge
You may also like
4 weeks ago
Everything you need to know about this year's Fairyhouse Easter Festival and Irish Grand National
1 month ago
5 really simple fitness tips you can do at home
1 month ago
Feeling they're not "good enough" prevents teenage girls from taking part in sport, research reveals
4 months ago
Marcell Coetzee tells House of Rugby about his vow to Ulster
4 months ago
Visit Vodafone’s Pop-Up Shop at JOE with heaps of offers on smartphones, smartwatches and more
4 months ago
"If you don't have a seat at the table, you're probably the one being eaten"
Next Page