There is a great moment near the end of 'Lions Uncovered' when forwards coach Graham Rowntree approaches Tadhg Furlong after the final Test ends up in a draw that ultimately leaves the series undecided.

It is funny to think that those words were spoken in July of this year when, in October 2016, Furlong was not even sure of his place in the Ireland team. November 2016, and those three games against New Zealand [twice] and Australia were the making of Furlong. He has kicked on each time of asking and is now right up there as a world-class tighthead.

END_OF_DOCUMENT_TOKEN_TO_BE_REPLACED

On Saturday, the Wexford native will go up against the team against whom he got his first Test start - South Africa. That was 17 months ago and Furlong did so well that we were insisting he start the decider against the Springboks in Port Elizabeth. Mike Ross got the nod that day but did not play for Ireland again. Harsh as it may sound, we have not needed Ross since.

This year's Six Nations and Lions Tour has seen Furlong's stock grow and you can see a change in his demeanour. He is still liable to crack a joke every now and then but he is not just happy to be here any more. He knows how well he is doing and what he means to the team. And rightly so.

"Confidence wise," he says, "you know you can mix it with the best of them.

"Being part of the Lions tour, so iconic, and it is such a privilege and an unbelievable enjoyable experience, and from a confidence point of view knowing that you can play well, play well enough to be starting tighthead for the Lions. It is starting to try and keep up those standards you try to hold yourself to day in, day out and keep working hard." 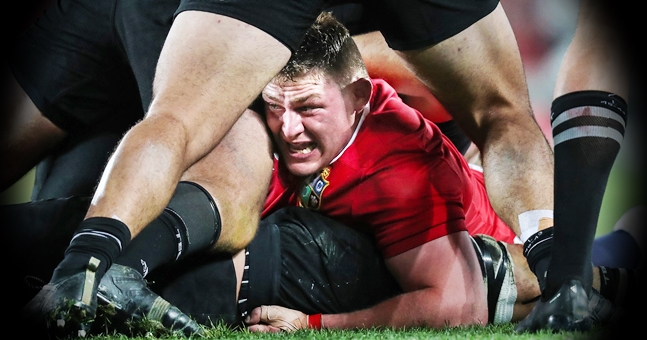 From the outside, it may look as though the Ireland front row is as settled as can be - McGrath, Best and Furlong - but the prop insists competition for a starting spot remains as fierce as ever.

"Cian [Healy], Jack [McGrath] and Dave Kilcoyne, I would be coming up against as a tight-head. Each of them have their own little kinks, what they like to do and one is not easier to scrummage against than the other. And if you look at Leinster, the two lads have been going neck and neck and I think Dave has been really impressive for Munster as well.

"Even from a tighthead point of view, John Ryan is scrummaging really well and Andrew Porter he's physically a very impressive athlete. He's still young, still a bit to learn but the rate of his progression having seen him switch from loose-head to tight-head has been really impressive. I have no doubt that he is going to be a top, top international player.

"When you throw that all in, it definitely doesn't pick itself, training has been pretty feisty and the scrums have been pretty full on."

Pretty full on would certainly describe another scene from that soon-to-be-released Lions film. Although it only makes the DVD extras, released training ground footage from a live scrummaging session shows Furlong and McGrath going at each other in a brief flurry that demonstrates how charged these men were on tour.

"It was fucking him behind me, ya fucking eejit!"
Good to see Jack & Tadhg weren't going easy on each other during the Lions scrum sessions! pic.twitter.com/Uxviz4FJJi

Reminded of the moment, Furlong was surprised that it made the cut. "Have you guys all see it and we haven't?" he asked. "Seriously though, ow come we haven't seen it?" He continued:

"That happens now and again. I didn't realise it made the video. It's competition. It is full bang, isn't it?

"And sometimes it gets a little bit heated but it is left there. It is just lads fired up and going at each other isn't it?"

With Johnny Sexton giving Welsh scrum-half Rhys Webb [in the film feature] too, it seems like the Leinster lads were keeping the Lions sharp on tour.

Ireland will need that bite again this weekend and will once again look to the likes of Furlong, McGrath and Sexton to bring it.


popular
Liverpool set £60m Mo Salah price as contract talks continue
Glass half full as Derry's positive play produces five fantastic goals to reach All-Ireland semis
QUIZ: How many of the 10 most successful football counties can you name without making a mistake?
Éamonn Fitzmaurice explains Aidan O'Shea's best position and how it can be used against Kerry
Patrick Vieira claims he was 'much better' than Roy Keane in new interview
Matt Le Tissier says he asked Sky Sports why they never sacked Jamie Carragher
Conor McGregor and Floyd Mayweather 'in talks' about a rematch
You may also like
1 week ago
"Hopefully we'll come away with a gem" - Joe McCarthy potential sealed Ireland selection
1 week ago
Andy Farrell had an interesting take on Irish provinces being outmuscled in big games
1 week ago
Nathan Collins stuns Ukraine with goal sweeter than Michael Obafemi's
1 week ago
"I got sent the clip!" - Mack Hansen wasn't letting Greg O'Shea forget his Ireland comments
1 week ago
Ireland team Andy Farrell should start in First Test against the All Blacks
1 week ago
Five new faces in 40-man Ireland squad to tour New Zealand
Next Page