The former Leinster lock could be in line to join the team he denied a league title back in May.

He had the talent and he had the physique but, at times, his dedication and zeal to his craft were questioned.

END_OF_DOCUMENT_TOKEN_TO_BE_REPLACED

The lock was 23 when he made his full Leinster debut but only three more appearances followed in 2015/16, although a couple of niggling injuries did not help. Convinced he was not getting a fair shake for a province that, themselves, had doubts, Beirne moved on.

He signed for Wayne Pivac at Scarlets and found a new lease of life. The Welsh outfit hit a stunning run of form near the tail-end of the Guinness PRO12 season and clinched the league title with a superb victory over Munster. 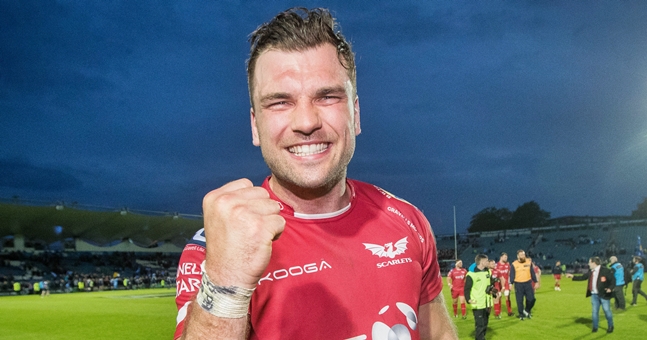 Beirne is now being lined up for a move back to Ireland, from 2018/19, and it is to Munster. According to The Limerick Leader, Munster and the IRFU are in agreement that the Kildare native is an ideal, long-term replacement for Donnacha Ryan [now with Racing 92]. 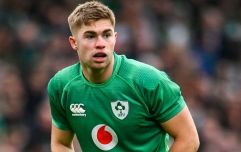 END_OF_DOCUMENT_TOKEN_TO_BE_REPLACED

It is not expected that the departure of Munster director of rugby Rassie Erasmus, later this year, will alter plans to bring Beirne to Limerick. For the players part, he has made no secret that he would be open to return home after his contract with Scarlets expires in June 2018. After the PRO12 final he said:

"If I want to play for Ireland, I've to come home. That's the reality, they don't pick you outside it.

"Everyone wants to play for their country since they've been kids. Right now I've another year at Scarlets, I'm going to focus on that. Contract talks... we'll look at it then.

"Right now my focus is with Scarlets for another year. Right now I'm going to enjoy this, but we'll look to do the PRO12, retain it."

A season is a long time in rugby but another good one for Beirne and both Munster and Ireland fans will be eager to get him back and set him loose.


popular
Ireland team to play Wales: Andy Farrell's XV, the big calls and bold cuts
Everton release brutal 59-word statement to confirm Anthony Gordon departure
Even Roy Keane felt Michael Dawson went too far with his remark to Tom Heaton
Roy Keane reminds everyone of his feelings towards Newcastle United ahead of cup final against Man United
Ireland's self destructive mentality kills Croke Park fight for Katie Taylor
Owen Farrell praises Johnny Sexton in revealing interview ahead of Six Nations
True beauty of Fitzgibbon and Sigerson Cups lies in the hearts of weaker counties
You may also like
1 month ago
"No way!" - Ben Healy and Jack Crowley the heroes as Munster beat Ulster at the death
1 month ago
"They got walked over, like schoolboys" - The Leinster try that will stick in Munster's craw
1 month ago
Win or bust for Munster, and the three players that can help them knock off Northampton
2 months ago
Paddy Patterson delivers all-timer interview after inspiring Munster to South Africa win
3 months ago
Malakai Fekitoa avoids red card as Munster fall to Ulster defeat
3 months ago
"Thomas Ahern is going to be the new Paul O'Connell, in my opinion"
Next Page