"Bar staying fit, there’s nothing more the players can do."

We are now just over two weeks away from British & Irish Lions head coach Warren Gatland naming his squad to tour South Africa, this summer. There is a growing sense that there could be several top England stars missing out.

The topsy-turvy nature of the 2021 Six Nations - with only Wales consistently going above and beyond - has led to some interesting conversations when it comes to squad selection. Even the Lions coaching staff managed to select 57 different players for their initial squad debate, last Monday.

END_OF_DOCUMENT_TOKEN_TO_BE_REPLACED

In his latest column for The Sunday Times, former England and Lions outhalf Stuart Barnes has given his take on certainties to tour. It makes for grim reading for a host of England stars.

On the latest House of Rugby Ireland episode [LISTEN from 27:00 below] Springboks legend Tendai Mtawawira and former Ireland star Mike Ross discussed front row prospects for the Lions, with only one English player mentioned. 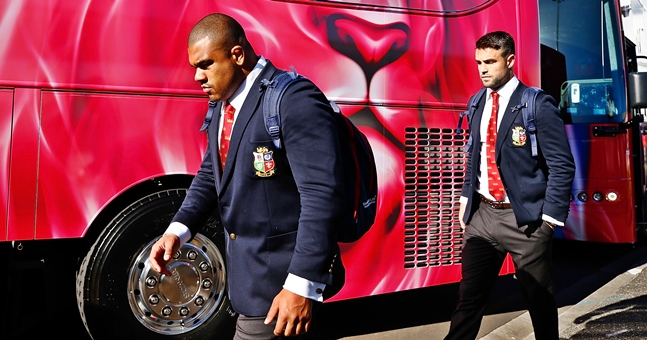 END_OF_DOCUMENT_TOKEN_TO_BE_REPLACED

Mtawawira says Saracens and England lock Maro Itoje is the one Lions player he would have the most apprehension about facing his Springboks. Barnes agrees with that statement.

'Against Scotland he stood tall while the team collapsed around him,' Barnes writes. 'It may be that his indiscipline is the abiding memory of his 2021 Six Nations but he too is a certainty.' Here are the four England players Barnes believes will definitely tour:

END_OF_DOCUMENT_TOKEN_TO_BE_REPLACED

Barnes believes Curry and Watson both improved their respective standings with strong Six Nations campaigns. They both did, even though England finished in fifth place.

Itoje playing on, and often over, the boundaries came back to bite him in the Six Nations, but his obvious talents should see him travel. Farrell, a 'near certainty', has produced for Gatland in 2013 and 2017, and can cover 10 and 12. Barnes has him pencilled in.

What of the rest of England's leading lights? Jamie George has 'lost his edge', Mako Vunipola 'is vulnerable to an aggressive scrum' and Billy Vunipola has little credit in the bank with Gatland.

Barnes is pessimistic about the chances of Jonny May, sees Sam Underhill as a possibility and doubts Henry Slade will make the plane, as much as he would like to see him travel.

One player not mentioned by Barnes is the front row Mike Ross says he would take to back up Ireland tighthead Tadhg Furlong - Kyle Sinckler.

It has been a rough few months for England's top guns.


popular
QUIZ: How many of the 10 most successful football counties can you name without making a mistake?
Conor McGregor and Floyd Mayweather 'in talks' about a rematch
Éamonn Fitzmaurice explains Aidan O'Shea's best position and how it can be used against Kerry
Matt Le Tissier says he asked Sky Sports why they never sacked Jamie Carragher
Patrick Vieira claims he was 'much better' than Roy Keane in new interview
Steve McClaren issues warning to Man United players
You'll have to be red-hot to get 20/20 in this 2010s footballers quiz
You may also like
1 week ago
"Leave it all out there on the pitch" - Marcell Coetzee right at home with rampant Bulls
1 week ago
"I got sent the clip!" - Mack Hansen wasn't letting Greg O'Shea forget his Ireland comments
1 week ago
Five new faces in 40-man Ireland squad to tour New Zealand
1 week ago
Ireland squad for New Zealand tour may feature at least six uncapped players
1 week ago
Mack Hansen on the English club that almost signed him before Connacht
3 weeks ago
"That's what he does" - Wayne Barnes and the crucial calls that cost Leinster
Next Page