'Make him hurt, make him yours' - How the Springboks ruled the world

Make them hurt, make them yours. Within the rules.

The within the rules part has often been ignored by many Springboks over the years but, as mottos go, it is a striking one.

END_OF_DOCUMENT_TOKEN_TO_BE_REPLACED

'Maak hom seer, maak hom joune, binne die reels'. That is the motto for one schools side in South Africa but, for the rugby nation as a whole, that credo sums up their mentality perfectly.

Last weekend, in the World Cup Final, the Springboks did what many rugby fans and pundits doubted they could - they dismantled the England machine. They stacked their starting XV with heavy-hitters and went for a 6-2 (forwards to backs) split on the bench.

For most that had watched England swipe Australia and New Zealand aside on their way to the final, a doughty power game could pose Eddie Jones' men questions but it would not be enough.

As it turned out, it was plenty. The Boks plundered the English scrum, employed wise high ball tactics and put their bodies on the line to give as little change as possible. By the end of the first half, three men - Lood De Jager, Bongi Mbonambi and England's Kyle Sinckler - had left the fray, injured.

It was as physical as you can get and, for South Africa, it did for England. Rassie Erasmus' charges won the penalties, Handré Pollard kicked them and they nabbed a couple of tries as the game opened up. 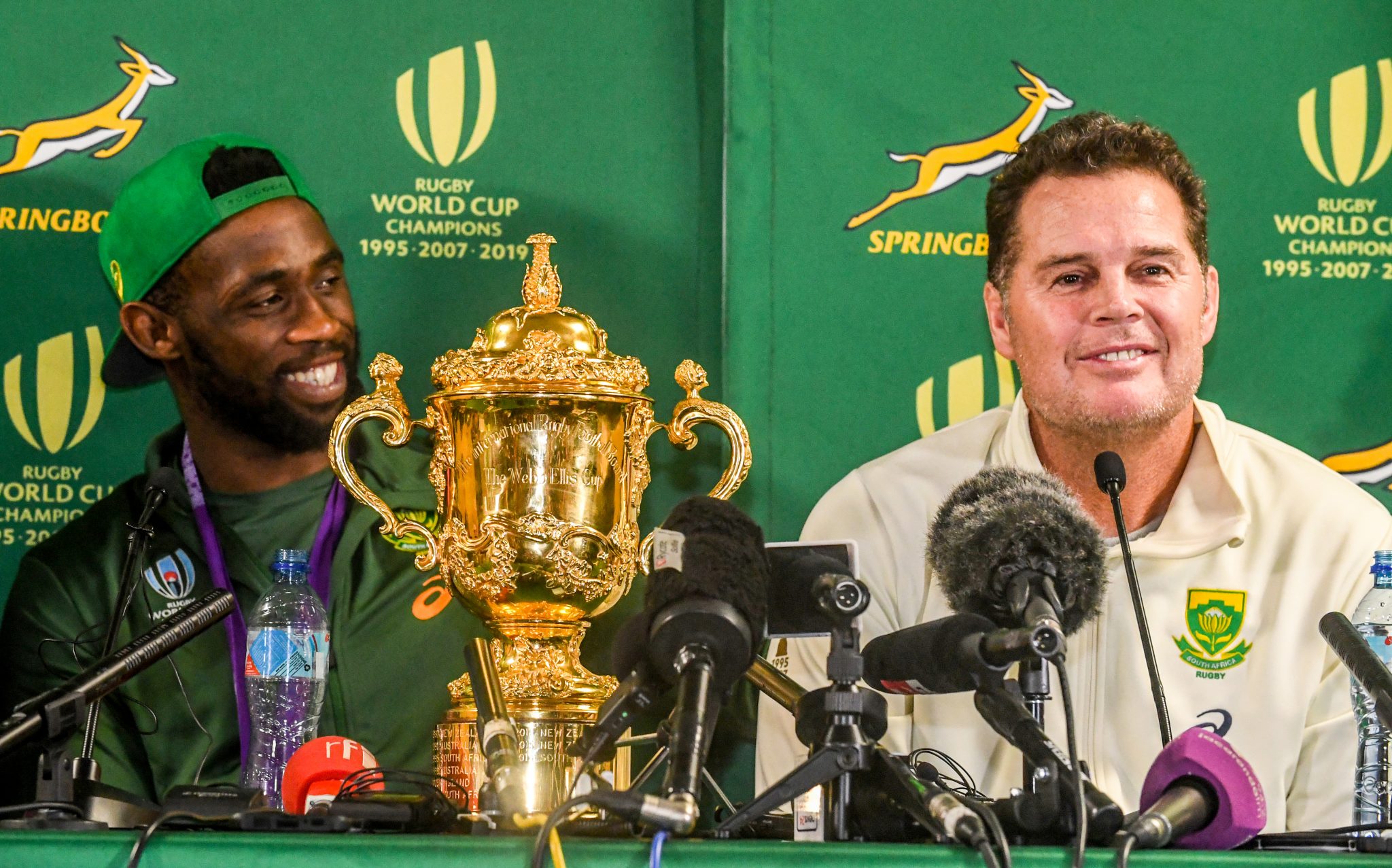 END_OF_DOCUMENT_TOKEN_TO_BE_REPLACED

There was a fascinating insight into the South African mentality on some recent House of Rugby episodes. In the UK show, former Springbok captain John Smit told a great story about his teammate, and attack dog, Bakkies Botha.

Then, on the latest episode of Baz & Andrew's House of Rugby, Jerry Flannery discussed the South African's overwhelming physicality with hosts Barry Murphy and Andrew Trimble.

END_OF_DOCUMENT_TOKEN_TO_BE_REPLACED

"You've got to be so physical," says Flannery. "If you watch Pieter Steph Du Toit play, man!

"I player-cam watch him sometimes and I'm just like, 'He is going to have a short career because he is just so physical'. Every collision is 100%. Stuff like, even a clean-out, where there's not even a huge danger of losing the ball, he just goes in to kill people, man. And he's an animal. He's so fit." 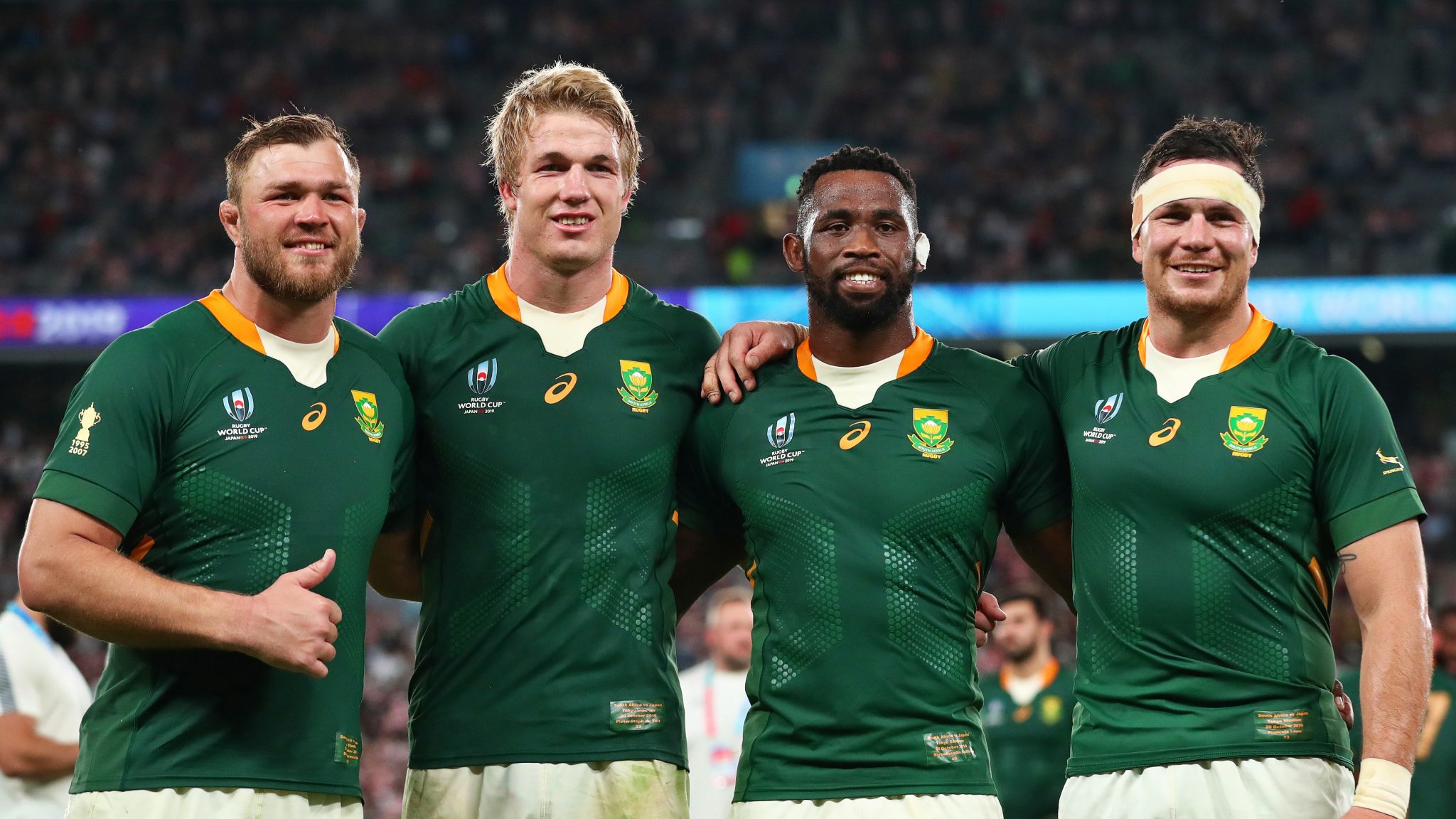 "The first thing the South Africans go for is physicality," Flannery continues. "They're like, 'I don't care, I'm just going to run over you or I'm going to absolutely smash you'.

"If you're a New Zealander, you look at that and think, 'Well, that's a little bit neanderthal' and they're within their rights to. You have to add to your game but it is always the first thing you go to. You don't have to bang that drum to the South Africans...

Smit, who won a World Cup and Lions Series playing alongside Botha, would certainly attest to the big lock's enforcer mind-set when he entered the field of play. 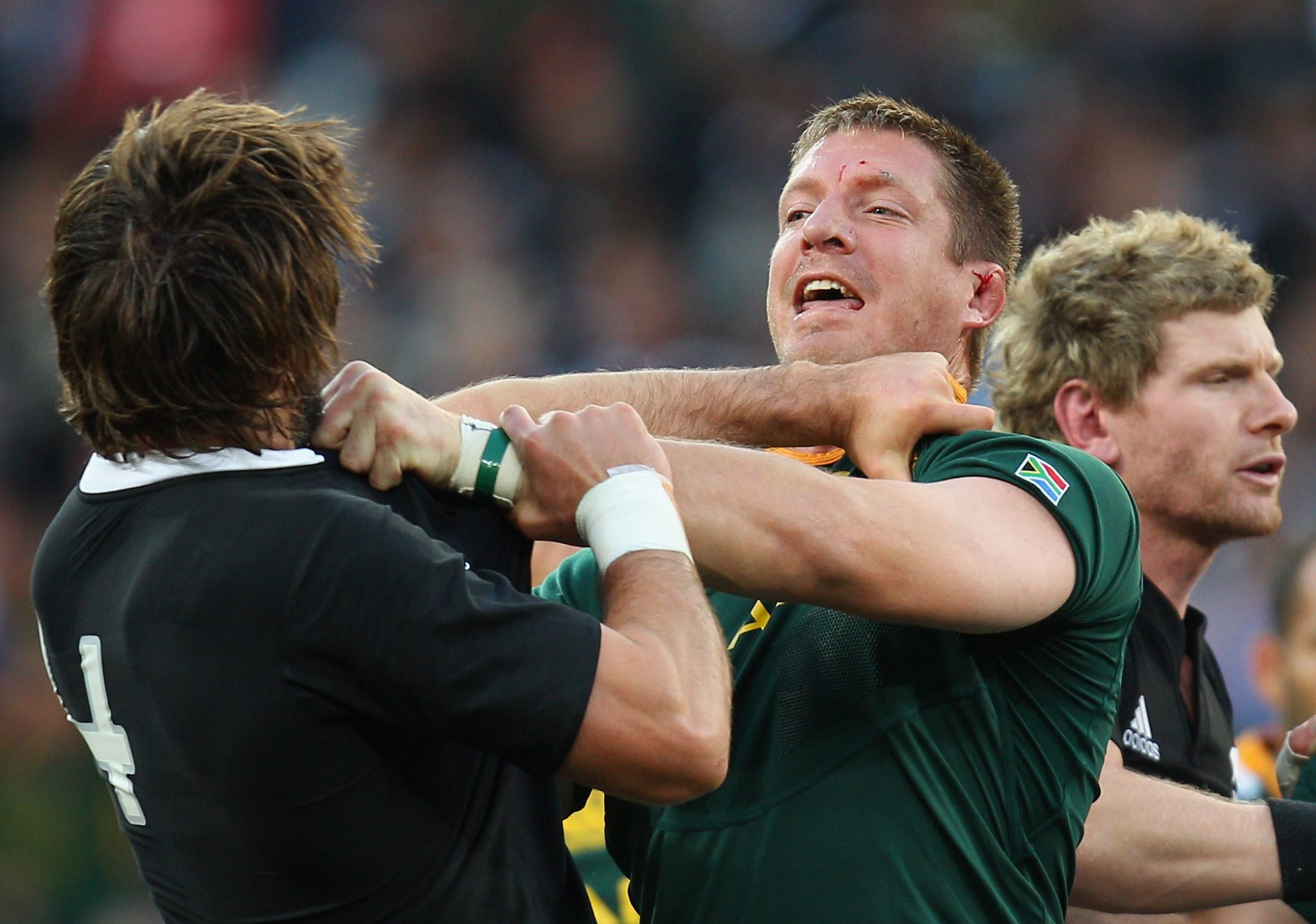 Matt Stevens, who was born in Durban, faced the Springboks in 2007 while representing England. South Africa won 55-22 and Botha left a deep, deep impression on his compatriot.

"Bakkies couldn't understand how this guy, born in South Africa, could play for the Queen. He just didn't get it.

"I told him that he had English ancestry and that he'd been playing in England for more than three years... He was a mate of mine so I knew that if I don't calm him down, it was not going to end well. I thought I had explained it very well but, it turns out, I wasn't.

"In the first scrum, Bakkies loaded on the left-hand side. He normally scrummed on the tight-head side so I knew what was coming. I shifted to the right and Bakkies came through so plumb. He hit him and split his cheek and left him stunned. Off he went to the doc and they stitched him up.

"14 stitches and eight minutes later, Stevens is back. Again, Bakkies goes on the left-hand side. I know what's coming so I move to the right but Bakkies' aim was not as good. Only eight of the 14 stitches popped.

"That took us to half-time and I had a chat to Bakkies to say, 'I think he knows now'. First scrum of the second half, Bakkies comes to the left and binds, and I can see his right arm is loose.

"In Afrikaans, I say to Bakkies, 'I think that's enough'.

"He looked up from the scrum, his face all mushed up, and says, 'Just one more please, captain?!'"

Who was John Smit to say no?

It may not always be in the rules, but that is how the driven Springboks operate - make him hurt, make him yours.