This squad will be cut down to 23 for Sunday's game against Les Bleus.

Ireland head coach Joe Schmidt has named a 37-man squad for the fourth round of the 2019 Guinness Six Nations.

Tadhg Beirne, Rob Herring, CJ Stander, Garry Ringrose, Ross Byrne and Kieran Marmion are all included in a wider training squad, with Schmidt due to named his starting CV and replacements on Friday afternoon.

The inclusion of so many senior stars is due to the amount of senior stars carrying knocks and the fact that there are no Guinness PRO14 fixtures slated for this weekend. 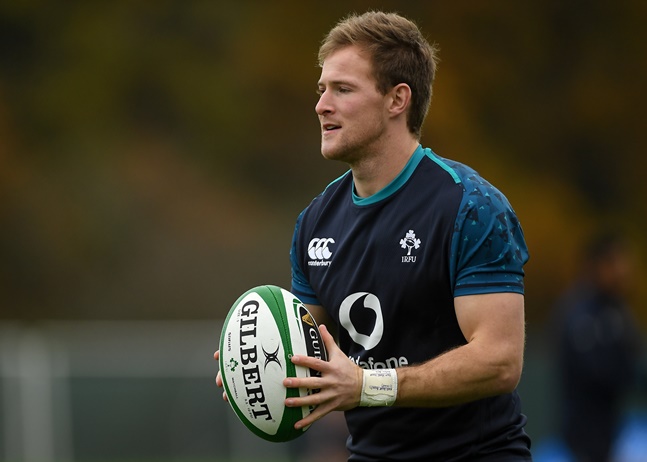 Herring comes into the squad off the back of a hat-trick on Ulster duty, against Dragons, last weekend while Marmion scored two tries in Connacht's win over Ospreys. Both of those men could feature in the matchday squad while Ringrose and Beirne will be pressing for starting roles.

Ireland currently lie third in the table, one point back from England and a further three behind in-form Wales.

The match kicks off at 3pm on Sunday and will be live on Virgin Media One.

CHECK OUT OUR IRELAND vs. FRANCE PREVIEW HERE:

You may also like
4 days ago
Tadhg Beirne raring to go again after gruelling double injury rehab
6 days ago
"Paulie was like Casper the Ghost... he had lost about two stone in the two days"
1 week ago
You'll be hard pushed to get full marks in this Serie A quiz
1 week ago
Nigel Owens on how the O'Driscoll and O'Connell captaincy dynamic worked
1 week ago
Tadhg Beirne on the Wayne Pivac request that helped change his career
1 week ago
Baz & Andrew's House of Rugby - Tadhg Beirne and John Cooney
Next Page