"He was running like he was 21. Who's to say he might not travel with the Lions after that?"

Keith Earls' belief that he would make a second Lions Tour - and his first since 2009 - may have never wavered, but even his staunchest supporters must have feared his chances were slipping after the opening two rounds of the Six Nations.

The Munster winger was selected to start against Wales and France but barely got hold of the ball and was reduced to haring about on kick-chases and defensive shifts. He dropped to the bench against Italy, in Rome, and had only scored twice in 14 Tests, stretching all the way back to facing France in the 2019 Six Nations.

END_OF_DOCUMENT_TOKEN_TO_BE_REPLACED

Earls replaced Jordan Larmour at half-time in that game and helped himself to Ireland try No.33 in the final moments of a comprehensive win. He was restored to the starting XV against Scotland and put in a tigerish display, causing enough trouble with an aerial ball that it gave Robbie Henshaw the equivalent of a tap-in score.

Against England, this was Keith Earls unleashed. He scored a stunning try off the back of a lineout move and topped it after the break - with a Robbie Keane-esque tumble - only for the TMO to spoil the party with a knock-on decision.

On the latest House of Rugby Ireland [LISTEN from 4:00 below], host Eimear Considine Fergus McFadden and Ian Madigan discussed that Earls performance while mentioning him and several other Ireland stars pressing for British & Irish Lions selection. 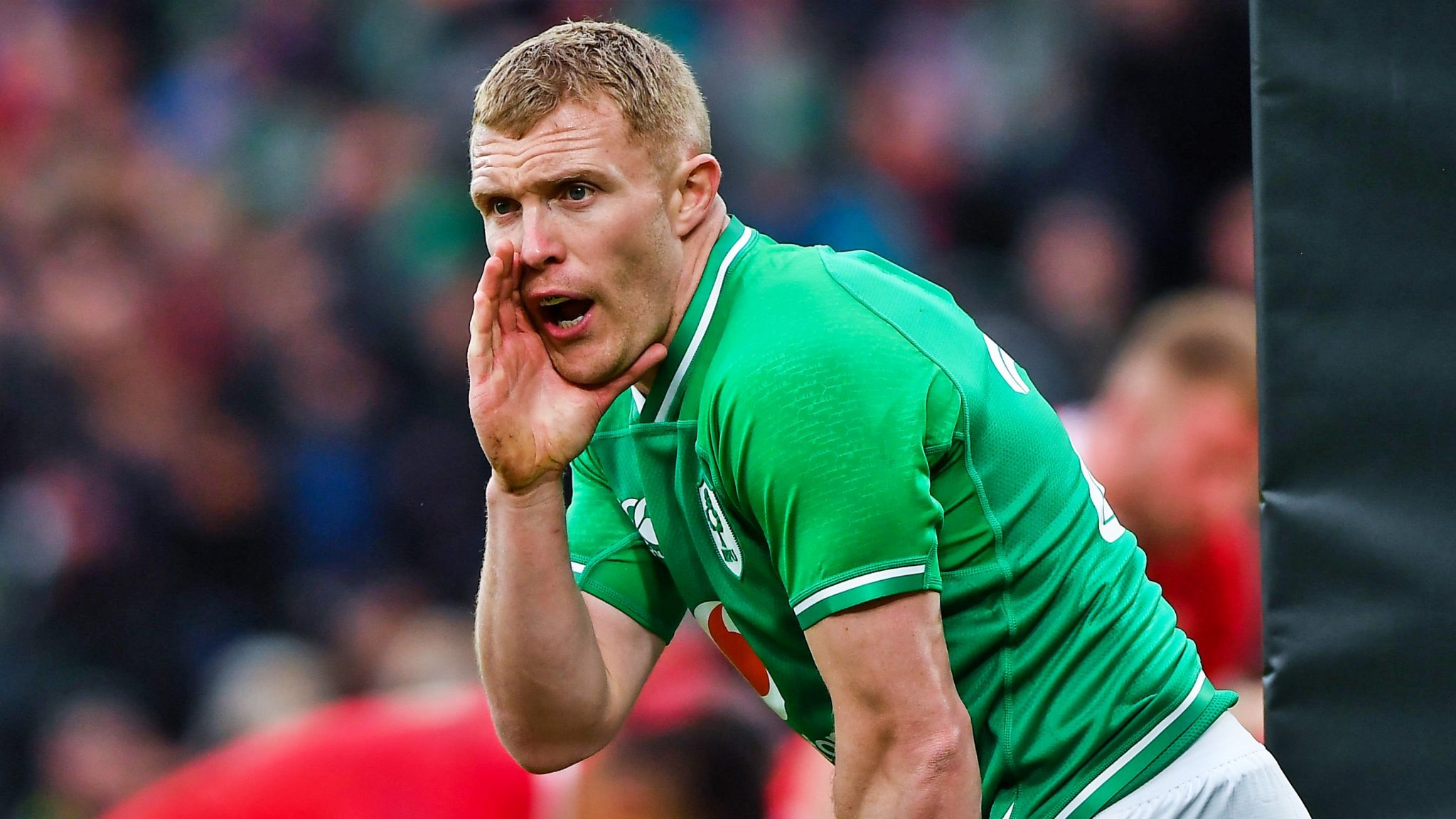 END_OF_DOCUMENT_TOKEN_TO_BE_REPLACED

Earls toured South Africa with the Lions, as a 21-year-old, back in 2009. He had made his Ireland debut against Canada in late 2008 but was very much a bolter as he had not started in Ireland's Grand Slam-winning campaign in February and March of that Lions year.

He was unfortunate to miss out on 2017 selection, but will now be pressing the likes of Louis Rees-Zammit, Liam Williams, Anthony Watson and Jonny May for a spot on the plane [or bus, if this summer's tour is around the UK ].

From an Irish perspective, I feel there are now six locks to make Warren Gatland's squad, another four that are pushing hard and then a few outside shouts that can help themselves with solid club form in April and May.

All we needed to see from Tadhg Furlong was that he had glimpses of his old form. There are not only glimpses, he is now showing off his full range and sprinkling in bits of magic like this:

Tadhg Beirne has scattered too-big-to-miss calling cards across each of his five outings in the Six Nations. Ireland's best forward of the championship, he has excelled at lock and blindside, and got the upper-hand against Maro Itoje at the weekend.

This is the Iain Henderson we have wanted to see for Ireland, ever since his 2012 debut, but have only caught in patches. Started the championship on the bench and ended it as one of our top performers. Week-in, week-out, he brought it. It's not all on the arrival of Paul O'Connell (as forwards coach) but it has definitely helped.

Ireland's undoubted backline star of the championship was Robbie Henshaw. Right up there with Beirne as our leading performer. Came into the championship in top form and managed to up it a notch at a higher level.

Ahead of Ireland's encounter with England, there were some across the pond that still felt as if Johnny Sexton needed to convince. On Saturday, Sexton played his third straight 80+ minutes and was one of the best players on the park. Has only missed one of his last 26 kicks at goal, and that effort struck the upright [at Murrayfield]. 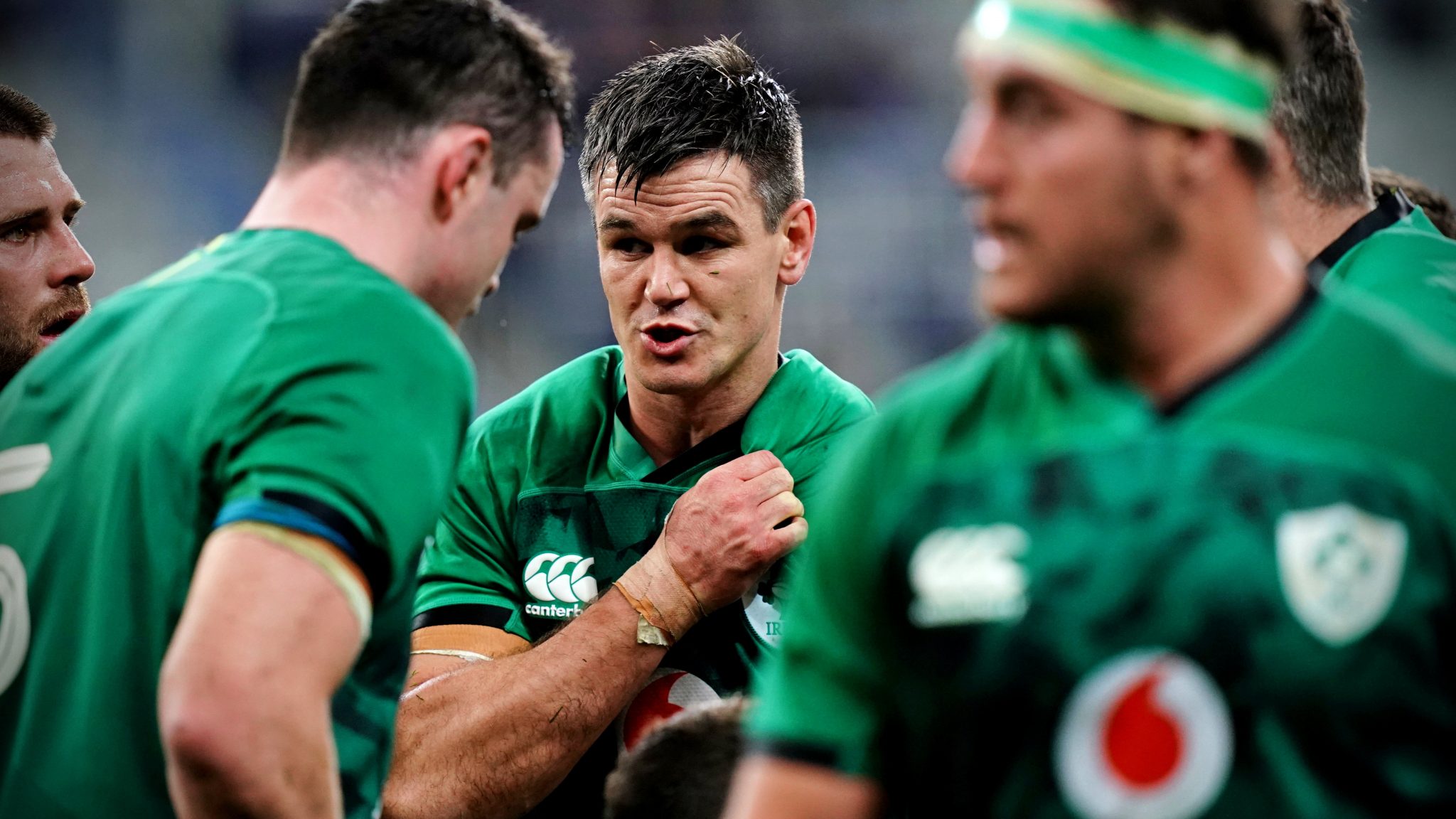 Johnny Sexton kicked 25 from 26 in the Six Nations for a return of 65 points. (Credit: Sportsfile)

Has had some head injury issues - leaving the Wales and Scotland games after taking concussive blows - but James Ryan will definitely make the squad if he can have a clear run of it for the rest of the season. One of Ireland's true world-class talents.

The following players all have good shouts of going, but would do their chances no harm if they can keep the foot to the floor in the coming weeks.

CJ Stander has maintained a high level all the way through the Six Nations. He is a trojan for work and can cover across the backline. Maybe not in the Test XV chat yet, but certainly good enough to make the squad cut. 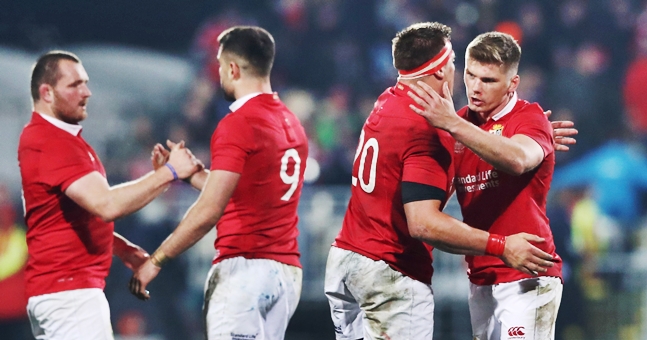 The House of Rugby gang already discussed Keith Earls putting his best foot forward, while Conor Murray needed that assured and zippy outing against England. Himself and Gareth Davies look to be the two leading contenders for the No.9 jersey.

Injury quite literally hobbled Garry Ringrose's canter towards his first Lions selection. Gatland may be open to the idea of pairing him with Robbie Henshaw and seeing how they go in a red jersey. Again, not in the Text XV chat yet, but has done enough to get his boarding pass stamped.

It almost feels harsh putting him into this Lions Tour outsiders bracket, but we start off with Cian Healy. He reminded us all of his class with a 60-minute effort off the bench, on Saturday, but has the likes of Mako Vunipola, Wynn Jones, Rory Sutherland and even Ellis Genge to dice with.

Fergus McFadden is backing Leinster's Hugo Keenan as the man to push Stuart Hogg for that No. 15 jersey but Liam Williams and Anthony Watson will both be in the mix too. He may not have fully convinced in that role, but the fact that Jacob Stockdale can cover 15, outside centre and wing helps his case somewhat.

The return of Furlong damaged the strong case being put together by Andrew Porter, but his ability to lock down both sides of the scrum and his work in the loose will not have gone unnoticed.

Jack Conan is a dark horse making a late charge while Rob Herring has benefitted from no other hooker shining in the championship - aside from Ken Owens - while he has steadily improved.