Is Simon Zebo doing enough to be the exception to the rule? He can't do much better than he already is.

Zebo was given a hefty pay bump to head from Munster to Racing 92, this summer, but he is proving to be a steal.

The Ireland international scored within minutes of making his Racing debut in a friendly game against Brazil. He also scored on his competitive debut in the Top 14 and can't be stopped at the moment. 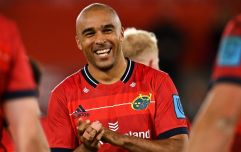 END_OF_DOCUMENT_TOKEN_TO_BE_REPLACED

On Saturday night, in Paris, Zebo had another cracking game in Racing colours. He made 82 metres off 12 carries, with three line breaks and six Castres defenders beaten.

Two of those line breaks led to tries, with the first coming after 18 minutes after a delicious offload from Finn Russell. Three players were left in his wake as he danced through from 22 metres out. 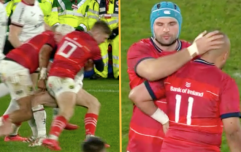 END_OF_DOCUMENT_TOKEN_TO_BE_REPLACED

His second try came with 10 minutes to play and sealed Racing's 27-11 victory. Again it was Scottish outhalf Finn Russell picking the pass and timing it to perfection.

Zebo, who now has five tries in the Top 14 for Racing, was full of post-match praise for 'Braveheart': 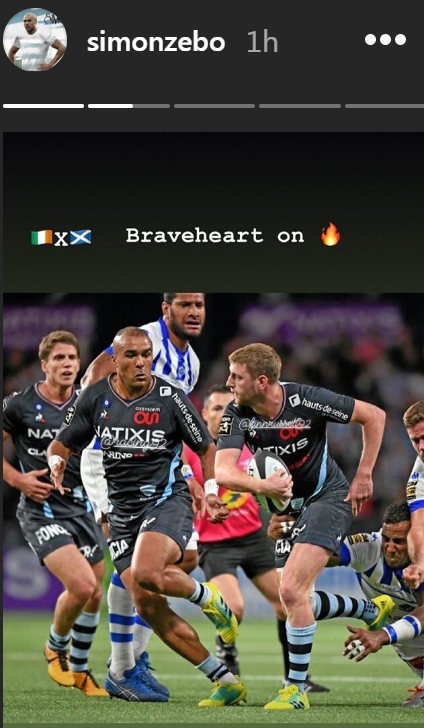 Donnacha Ryan played the full 80 for Racing, in the second row, and stuck 13 tackles in another decent outing. 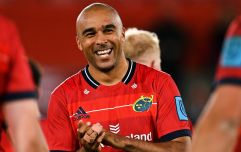 END_OF_DOCUMENT_TOKEN_TO_BE_REPLACED

The win sees the Racing climb to fourth in the Top 14 table, just five points off league-leading Clermont.

Elsewhere in the league, Paddy Jackson kicked seven points for Perpignan but they lost 31-22 to Grenoble to stay welded to the bottom of the table.

There was a meeting of more former Munster men when Stade Francais headed south to play Pau. Stade, with Paul O'Connell and Mike Prendergast on their coaching staff, defeated Pau, who have James Coughlan as their forwards coach, 25-13 to move second in the standings.


popular
Roy Keane shows great comic timing after Jack Grealish party invite
Cutting through the contradictions from one of the worst television segments of the year
France the sore losers as Ireland Men reach first ever Sevens World Series final
Kilkenny corner back does what every defender is supposed to do to win All-Ireland under-20
"I don't want to stick the knife in" - Are Leinster in Munster's heads?
Footage captures the moment Mo Salah discovered Manchester City were winning
Ralf Rangnick nicknamed 'specs' and subject to 'bully behaviour' at Man Utd
You may also like
7 months ago
Simon Zebo gives Andy Farrell better answer than any interview could provide
8 months ago
No Simon Zebo or John Cooney as Ireland gather 50 players for one-day camp
8 months ago
Simon Zebo calls for life ban after Cameroon star called 'banana eater' in French second division match
1 year ago
Former Munster teammate Johne Murphy is "very excited" about Simon Zebo's return
1 year ago
Warren Gatland comments give hope to Lions hopefuls Zebo, Goode and Simmonds
1 year ago
"In the big games, and big moments, he's the type of guy you need around"
Next Page