"That's the way the game should be played."

Back in March 2018, a couple of hours after Munster had beaten Toulon thanks to an Andrew Conway stunner, Simon Zebo and his young son were out on the flood-lit Thomond Park pitch.

Most of the Munster team were back in the post-match function, re-living the match with a couple of beers, but Zebo went out to walk the pitch and get a couple of photos. It was a great day, but there must have been a tinge of sadness. He knew this was one of his last games at Thomond before his summer move to Racing 92. 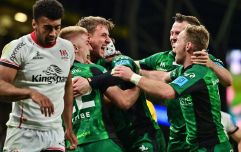 END_OF_DOCUMENT_TOKEN_TO_BE_REPLACED

Zebo would have always hoped to get back in Munster red, one day, after signing with Racing. It would take three years, two trips to the Champions Cup final and a global pandemic before the Cork native would get that chance again. When he did, it did not take him long - 5:44, in fact - before he was back scoring tries.

On the first episode of House of Rugby URC, [LISTEN from 10:15 below], Zebo's former Munster teammate Ian Keatley shared a great tale from the day of Zebo's second coming at Thomond Park. 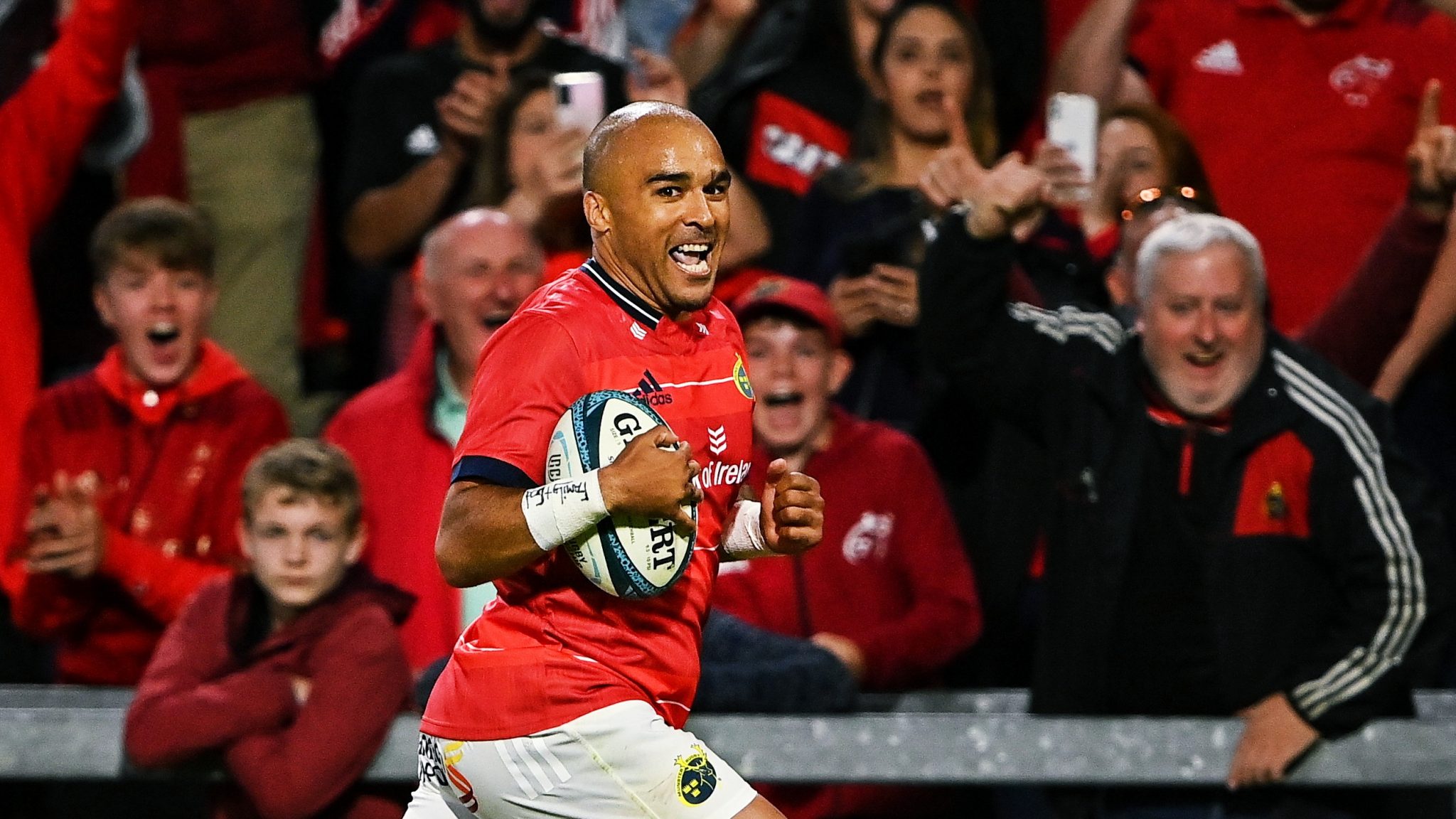 Zebo ended up scoring two tries on his return to Munster, and extended his record-breaking tally with the province. He had joked that Keith Earls was getting far too close to his then-tally of 60 and he needed to come back to reclaim the crown.

He's now on 62 and could well breach 100 by the time he hangs up the boots for good. Ian Keatley played with Zebo for a number of years, with Munster and Ireland, and is delighted to see the backline tyro in red again.

"I know him and Keith Earls are having it out for the top try-scorer of all-time for Munster.

"But I was actually on the way to a birthday party, and I hear this 'Beep, beep'. I looked over and it was, of course, Zeebs, with the tunes blaring and the car. Yeah. In his blacked-out BMW. He was all smiles. So he was in good form going to the match, anyway.

Zebo's first score came after an early mistake in a Sharks attack opened the door for him to race 70 metres up the pitch to dot down. His second was finishing off a lovely team move that earned 'Try of the Weekend' on the show.

"Champagne rugby emerges... and it's Zebo with the finish!"

Our Try of the Weekend definitely goes to @SimonZebo and @MunsterRugby 🤯 👏

"I loved Zebo's first try," said Keatley, "but his second one had a lovely bit of inter-change with the whole team. Osborne, who's a new player into the Munster team, linking up with Haley, on to Dan Goggin, and Goggin's lovely little grubber kick through. 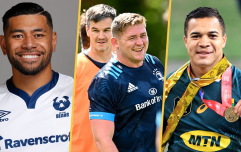 END_OF_DOCUMENT_TOKEN_TO_BE_REPLACED

"And Zebo even having the poise to tell everyone to get out of his way while he put the ball down, over the line. It was a nice touch of class!"

Host Jason Hennessy suggested that Zebo might have been bellowing for 6-foot-9, 18-stone Munster lock Thomas Ahern to leave the try-scoring to him.

"He's lucky the ref mic wasn't close by," Keatley remarked, "telling us what he really saying!"

You may also like
3 days ago
Simon Zebo returns as Ireland announce squad for November internationals
3 days ago
Ireland star Lindsay Peat believes women's rugby 'is not ready' for Lions Tour
3 days ago
Jordan Larmour primed for a season to remind everyone how good he is
4 days ago
Seven exciting Ireland prospects pushing for November squad inclusion
4 days ago
"Where Johnny Sexton is so important to us now is being able to pass the baton"
4 days ago
"I'd love to finish on home soil but I can't see it. I won't be playing in the next Six Nations"
Next Page