"I used to bounce around the rugby field like a bouncy ball."

On the latest House of Rugby Ireland episode, Welsh rugby star Shane Williams opened up on his own dealings with concussion in a sport that he dearly loves.

END_OF_DOCUMENT_TOKEN_TO_BE_REPLACED

Williams discussed his recent documentary about concussion and it was interesting to note that Eimear Considine and Ian Madigan, with whom he was speaking, had their own concussion history from playing the game. It is common-place in rugby, but it is something that is being dealt with with the utmost seriousness in the past decade.

During his interview (from 22:00 below) with Considine and Madigan, the former Wales and Lions winger spoke with remarkable openness on his own concussion issues and his hopes that his young son will be able to safely play the game over the coming years.

END_OF_DOCUMENT_TOKEN_TO_BE_REPLACED

Earlier this year, 'Shane Williams: Rugby, Concussion and Me' aired on the BBC and saw the former Ospreys man journeying around the UK to see how the game, from grass-roots to the highest level, was seeking to cut down concussions and make the game safer.

"I think it’s really important," said Williams. "I wouldn’t have done the documentary if I didn’t believe in it and I didn’t feel strongly about it.

"I’ve had my bumps over the years, trust me. You often worry when you have family members that have suffered from dementia or other illnesses through trauma and head injuries.

"I’ve also got a young son who plays the game, so more so wanted to know about the impact and what it could do to your body, really. I’m so glad I did it.

"Certainly, we see a lot more players who are focused on not tackling high. I know we still do have high tackles but that’s because the law has changed. I don’t think the players have more malice, now, and try to injure players. It’s just shoulders slipping and catching players in the face, rather than just hitting them flat-out in the head, the way it used to be.

"It was no holds barred, even 10 years ago, probably. I used to bounce around the rugby field like a bouncy ball. But, now, there is more of a focus on trying to keep the players safe. The breakdown area is refereed very closely. If a player is off his feet, the whistle goes straight away. No-one is hitting rucks any more with their shoulders, or their heads. They’re not aiming for players in the face or the head, either, because it’s an instant red card. So I think we are doing the right thing." 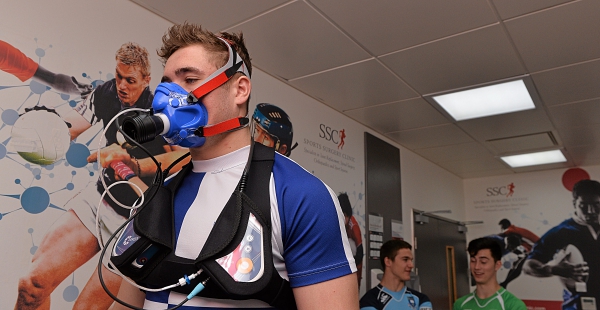 Williams notes how the introduction of HIAs – Head Injury Assessments – 'where players have to go off, even from the slightest bump' has made a positive impact on tackling concussion. He commented:

"When you’re watching on telly and you might go, ‘Why is he going off? It’s only a small bump’. You don’t have to have a big bump on the head to have a concussion. In fact, you don’t have to take a massive impact on the head. You can have concussion from whiplash or being hit on another part of your body, but people don’t realise that.

"It’s so important to make sure that we’ve got our players safe and that they’re able to pass a HIA and come back on the field, sooner rather than later. And the protocols are if you have a concussion, being off for a certain amount of weeks is so important as well. Because everyone used to say, with concussion, when you have a bang in the head, you feel sick, you throw up and then you’re fine the next day. You’re not fine the next day, sorry. This takes weeks and weeks and weeks to get over.

Important comments from someone who was at the top of the game for the best part of two decades.