"My first inter-pro was against Munster down in Dooradoyle and was in front of 300 people. It was like 10 years later and we played them in a sold-out Croke Park."

With plenty of promise and 'a body like a one-iron', Shane Horgan was drafted into Leinster's senior squad for the 1998/99 season.

Between club and Test rugby, players would be doing well to get a dozen outings per season and Horgan was dropped into a Leinster squad with only fourfull-time professionals. The rest were men with jobs or, like him, youngsters trying to get started in a game that had only recently [August 1995] gone professional.

Jim Glennon and Mike Ruddock were two Leinster men that felt Horgan had the potential to go all the way and he was pitched in as an outside centre. He was doing well at No.13 until 'a guy called Brian O'Driscoll came along and made it tricky'. He switched over to inside centre and established himself in a Leinster side that would claim a Celtic League title in 2001.

Horgan sat down for an in-depth chat with Baz & Andrew's House of Rugby, and spoke well about his Ireland debut, World Cup warm-up games and his favourite try against England:

"My first senior game as a winger was my first game for Ireland [against Scotland in 2000]. Then I had a couple of years where I'd continue to play centre for Leinster and wing for Ireland before Leinster eventually kicked me out there too.

"There were four other new caps in my first Ireland game," Horgan adds. "There was John Hayes, Simon Easterby, Peter Stringer and Ronan O'Gara. We all got capped at the same time so there was not that much focus on us individually, but I do remember we were all bought a lot of drink that night."

Horgan's time with Ireland, along with those four other new caps, coincided with a significant up-turn in fortunes. From perhaps winning one game in each Five Nations, Ireland were now collecting Triple Crowns, pushing for titles and defeating the likes of South Africa and Australia. There was also a period - between 2004 and 2011 - where Ireland beat England seven times in eight matches.

END_OF_DOCUMENT_TOKEN_TO_BE_REPLACED

In the space of 12 months, Horgan scored three tries in two memorable victories over the English. He stretched to score a near impossible winner in Twickenham, in 2006, before out-jumping Josh Lewsey and plundering another in a 43-13 win at Croke Park in 2007. Asked to choose a favourite, he replied:

"It's like trying to choose between your favourite children, you know!

"I loved them both. You are very lucky that you are on the end of something like that. Maybe it'd be the one in England, because of the last-minute nature of it. The aesthetic of the Croke Park one was really significant but that game, it wasn't quite won but it wasn't far off.

"For that try in Twickenham, it felt like hope was almost extinguished [Ireland were 24-21 down going into the 80th minute]. Last-minute try against England - it was probably something you dreamed of when you were younger."

Having just about made 2003 and 2007 World Cup squads, after battling back from injury, Horgan knows how stressful the coming weeks will be for the current crop of Irish hopefuls.

Looking ahead to Japan, Horgan is optimistic. "We’ve got some really good players," he says, "and if they can play at their best, and we have the right support around them and tactics, then we’ll go all right."

Baz & Andrew's House of Rugby returns for a new season on August 7 and there will be regular shows in the lead-up to the World Cup in Japan, which kicks off in mid September. 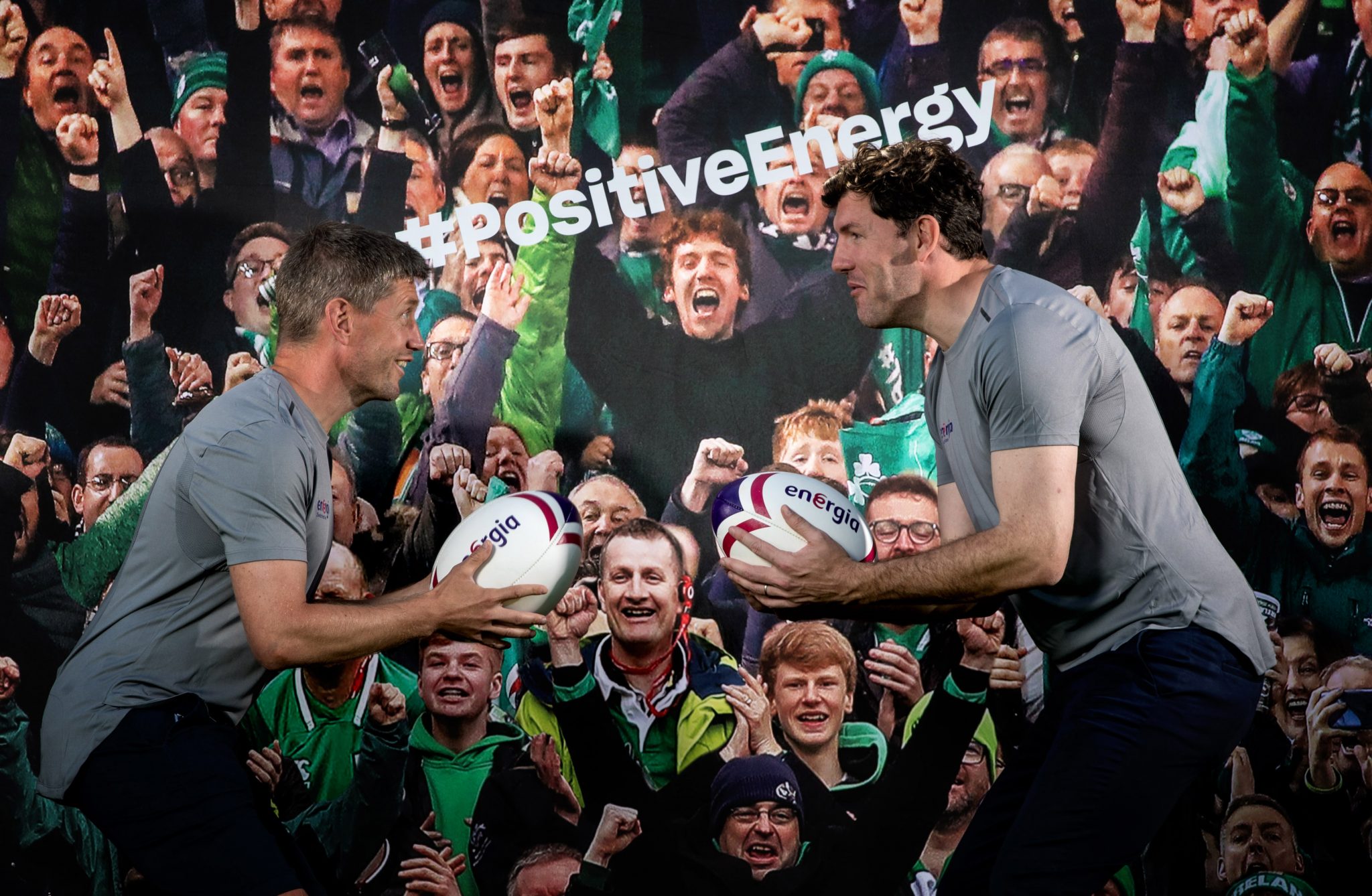 Ireland rugby icons Ronan O’Gara and Shane Horgan pictured at the launch of Energia’s new rugby communication campaign - The Power Behind Positive Energy. As the Irish team prepare for the biggest season of their careers, Energia will celebrate the collective positive energy from fans across the country. For exclusive rugby content and behind the scenes action follow Energia on Facebook, Twitter and Instagram.

popular
The SportsJOE 12 o'clock quiz | Day 143
SportsJOE 2000s Football Quiz | Round 12
Collin Morikawa makes huge world rankings leap as Lowry drops back
Brooks Koepka puts PGA Championship leaders on notice with final round comments
Rory McIlroy defends Dustin Johnson after Brooks Koepka comments
Only a Champions League fanatic would get full marks in this quiz
The SportsJOE 12 o'clock quiz | Day 142
You may also like
1 day ago
QUIZ: Can you name every Irish goalscorer from the 2019/20 Premier League?
1 week ago
James Ryan's misfortune opens Leinster and Ireland doors for Ryan Baird
2 weeks ago
Ireland set for Six Nations decider in Paris on October 31
3 weeks ago
We challenge any rugby player to top Jack McGrath's lockdown hobby
4 weeks ago
James McClean opens up on sickening, Covid-related hate mail
1 month ago
When the President interrupted a Euro 88 pint between Charlton and Dunphy
Next Page