"It was phenomenal... it was really rewarding to see what collaboration looks like."

As most of us were recovering from the Christmas festivities, Sene Naoupu and Leinster headed to London for first ever women’s club match played at Twickenham.

Following Harlequins' 30-30 draw with Leicester, their women's side took on Leinster in front of a crowd of over 7,500 and, inspired by flying winger Jess Breach, won 47-26.

"I was delighted that our squad at Leinster was the first side to take part in such a game with Harlequins. The team got so much out of the experience and had the chance to play at such a venue in front of such a big crowd. The commercial partners were really invested, too, and it was a great starting point for, hopefully, more games to follow."

Naoupu and several of her Leinster teammates will be back to England, in their Ireland gear, next month. Ireland Women start their 2020 Six Nations campaign with two homes games, at Energia Park in Donnybrook, before heading to Doncaster to take on the reigning champions.

"We have the home games to target," says Naoupu, "and then two big away games, which are massive experiences we're looking forward to."

Adam Griggs has yet to name his Six Nations squad but Ireland will most certainly go into the championship short of experience. The likes of Sene Naoupu (34 caps), captain Ciara Griffin (29) and Leah Lyons (22) have been around the squad for a number of years but many of Griggs call-ups will be uncapped or will only have a handful of Test outings.

"The younger girls that are there (in the squad) are there for a reason," says Naoupu. "They have been training the house down.

"That's such a positive as you can see the player pathway is doing its' job and there is exciting talent throughout the squad. Their presence and enthusiasm is putting pressure on all the senior players. I'm looking forward to seeing a lot of them in the Six Nations but two that have really impressed me are Dorothy Wall and Enya Breen (both Munster)." 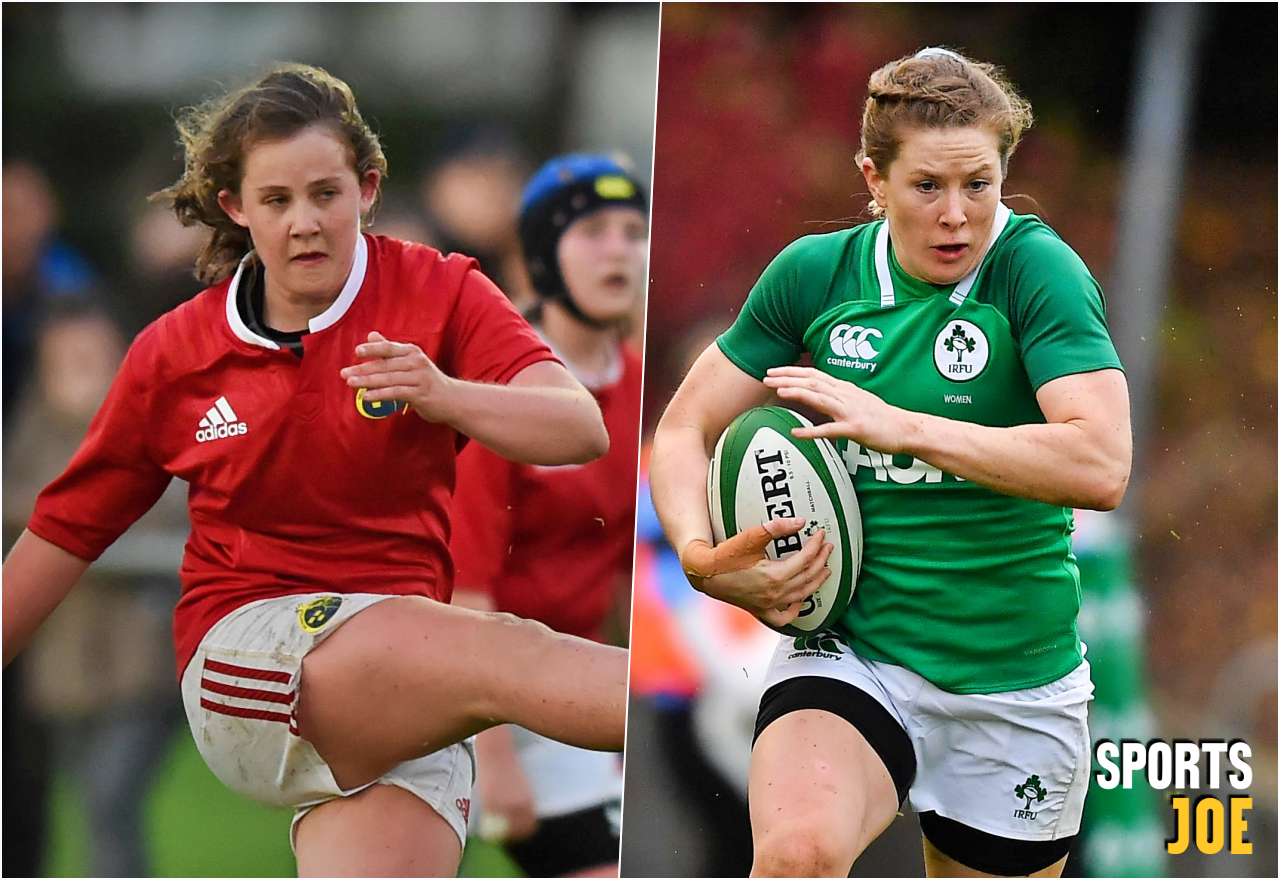 END_OF_DOCUMENT_TOKEN_TO_BE_REPLACED

Ireland have lost the likes of Ali Miller (retired) and Claire Molloy (sabbatical) in the past year while experienced, World Cup-winning outhalf/fullback Niamh Briggs is recovering from a bad knee injury.

"We've got a new leadership, with new voices," says Naoupu. "Ciara Griffin is an excellent leader for us and a formidable player and our coaches are taking our game to another level."

England and France will once again be the teams to beat in the women's championship. Ireland's February 23 encounter with the English will be a real test of their mettle and it pits Naoupu up against Harlequins centre Rachel Burford again. The pair were Leinster and Quins captain for that Twickenham clash and they both teamed up, before that, for some rugby coaching road-shows in Ireland.

"We were coaching at some schools in the Dublin area and, I remember, she was blown away by the numbers that were there and by the level of talent. We did one session at a club down in Wicklow and 120 girls showed up for it.

"She was probably not expecting that. And we probably don't realise how fast women's rugby is growing here. It's really positive." 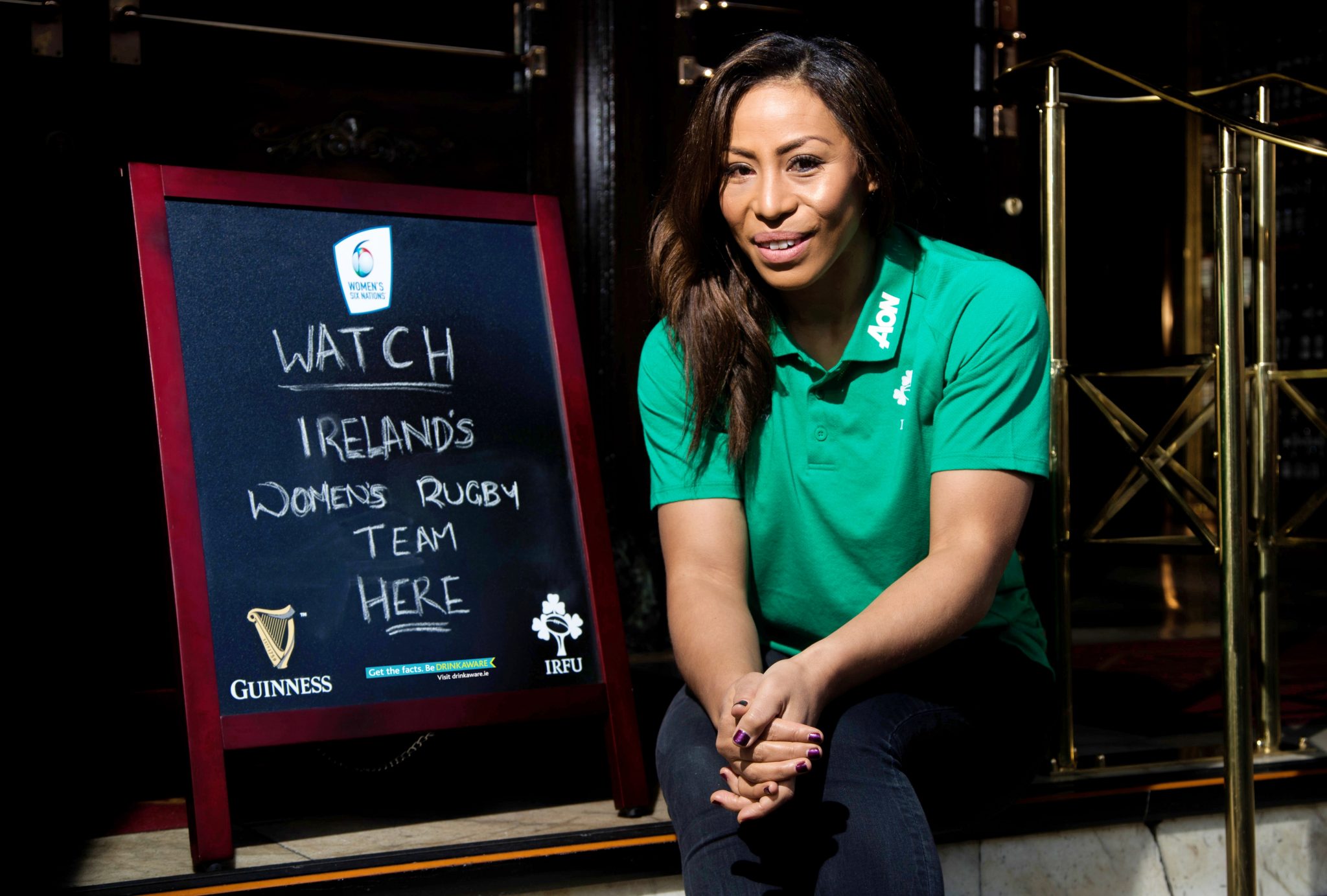 Sene Naoupu has teamed up with the GUINNESS brand to rally support for Ireland’s Women’s team ahead of their upcoming Women’s Six Nations Championship campaign. (Pic: INPHO)

Naoupu has teamed up with Guinness in their efforts to raise awareness and encourage fans to support the 2020 Women's Six Nations Championship through the following activities:

"It's fantastic to see Guinness getting so involved. I'm delighted to be involved in the campaign and getting commercial partners like them involved is a great cultural shift and another important step in shifting perceptions."


popular
"Emotions will be charged" - Sean O'Brien backing Ireland for Triple Crown
Broadcasting Wilder Fury fight on social media could result in huge fine
Tyson Fury's official purse for Deontay Wilder fight revealed
QUIZ: How well can you remember this season's Premier League results so far?
Tyson Fury reveals what happened when he sparred Anthony Joshua
O'Donnell sees red for standing his ground before O'Connor settles it
“I hope I die every day” - Tyson Fury opens up about his depression and drug abuse
You may also like
5 days ago
Baz & Andrew's House of Rugby - BOD and Andrew Conway
1 week ago
These three men have proved a point but are far from done
1 week ago
James Haskell makes passionate defence of Ellis Genge interview
1 week ago
"CJ Stander, for all his praise, could have got carded a lot earlier that that"
1 week ago
Keith Earls and the role that could prolong his Ireland career
1 week ago
House of Rugby is coming to Dublin, and you can come join us
Next Page