The Tullow Tank had to change his club rugby plans slightly.

Sean O'Brien had been seeking to play for his club, Tullow, when he returned from his professional rugby stint in England, with London Irish.

That move to a junior-level side was prevented when the domestic level section of the Leinster Rugby branch stated it would be going against safety guidelines for a just retired professional to immediately drop down to play at that level.

END_OF_DOCUMENT_TOKEN_TO_BE_REPLACED

A compromise has now been found, with Naas RFC confirming to the Kildare Nationalist that Sean O'Brien has signed up for them. Naas are coached by former Munster and Ireland back Johne Murphy and are in Division 1B of the All-Ireland League.

Naas lost their season-opener against Old Wesley, last weekens, and are in action, this Saturday, against Highfield. O'Brien is not expected to be in the squad for that game as Leinster host the Sharks in an early evening United Rugby Championship kick-off.

The former Ireland and Lions flanker returned to Leinster, this summer, to take up a coaching role with a side he won multiple league and European titles with. O'Brien is Leinster's contact skills coach, and players like Will Connors and Martin Moloney have praised the Carlow native for hitting the ground running with his new gig. 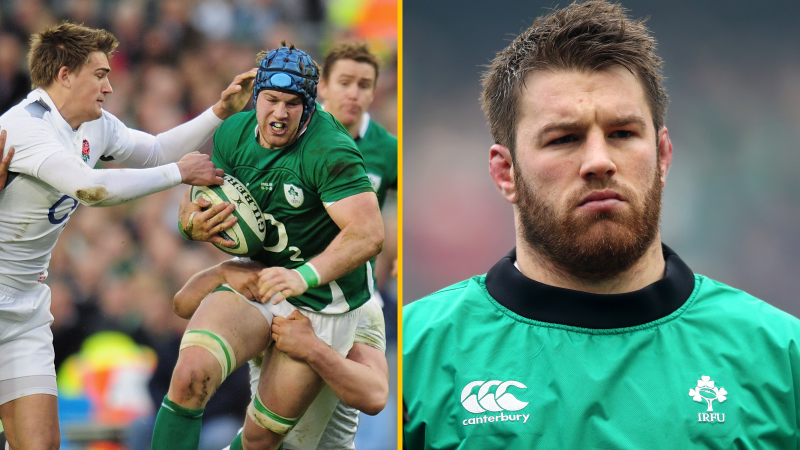 Sean O'Brien taking the next steps

When he announced his retirement from professional rugby, earlier this year, Sean O'Brien stated:

'As a 20-year-old, I fulfilled my childhood dream by pulling on the Leinster jersey, and when I made my debut against Cardiff Blues in 2008, I never imagined what would then follow over the next 14 years... I feel lucky to have experienced so many wonderful highlights over the course of my career.

'At an international level, I feel privileged to have won 56 caps for Ireland. I gave everything I could possibly give, and I will always look back with great pride at every time I pulled on the Irish jersey to represent my country, my county, my friends, and family. I feel very fortunate to have had the career I've had but none of it would have been possible without the support of so many people.'

It remains to be seen how often O'Brien will get to line out for Naas RFC over the course of the season, but his presence at training and even the odd match is a massive boon for the Kildare side.


popular
Ballyhale's Colin Fennelly felt Ballygunner's victory speech was disrespectful
Brazil star responds after Roy Keane slates dancing celebrations
Samuel Eto'o involved in an ugly confrontation with fan outside World Cup match
Rory McIlroy explains 'falling out' with Shane Lowry that lasted a few years
Roy Keane handled Gary Neville’s goal celebration as most Irish fans would
World Cup 2022 Day 16: All the major action and talking points
Roy Keane reacts to Brazil's jubilant celebrations in first half demolition job
You may also like
4 days ago
Shay Given on how far Ireland could've gone at the 2002 World Cup with Roy Keane in the team
5 days ago
From Ireland to Argentina: Alexis Mac Allister's Irish roots explained
1 week ago
Former England international admits he wishes he had played for Ireland
2 weeks ago
Two baffling omissions as four Ireland stars make World Rugby 'Dream Team' of the Year
2 weeks ago
Josh van der Flier claims World Rugby Player of the Year at Monaco ceremony
2 weeks ago
"Highlight of my Ireland career" - Behind the scenes as Jack Crowley and Ross Byrne covered for a legend
Next Page