Sean O'Brien had five surgeries in final 12 months in Ireland

Stringer and O'Gara. O'Callaghan and O'Connell. D'Arcy and O'Driscoll. Sean O'Brien and the surgeon's knife.

There have been some memorable partnerships in Irish rugby over the years and ones that immediately spring to mind. For Sean O'Brien, one of the best players of his generation, his Leinster, Ireland and Lions appearances were significantly impacted by injuries and surgeries.

O'Brien won his 61st cap for Ireland in March 2019 and it is likely to be his last, now that he has moved to England to play for Declan Kidney's London Irish.

He was keen to stay on at Leinster, last season, but the IRFU were well aware of the province's production line, which included Caelan Doris, Max Deegan, Dan Leavy, Josh Murphy, Will Connors and the versatile Ryan Baird was running as smoothly as ever.

Despite his class as a player, experience and winning mentality, the union looked at what Leinster had coming through, as well as O'Brien's list of injuries, and went low with their offer. Kidney reached out to O'Brien and a three-year deal at London Irish was arranged.

There was still a hurdle that O'Brien needed to clear to get to London, and to play again. The hurdle was daunting.

O'Brien told House of Rugby about the four surgeries he went for during his final 12 months at Leinster. There was a tough call, and one that would cost him a place in Ireland's 2019 World Cup squad, but it offered him a chance to hopefully extend his career to his mid 30s and give him as fresh a start as an 11-year pro can expect.

"I've had a hip resurfacing," said O'Brien. "It's exactly like Andy Murray's.

"They go in and they put a stainless steel ball over your actual ball. They insert that and it fits back into the socket." 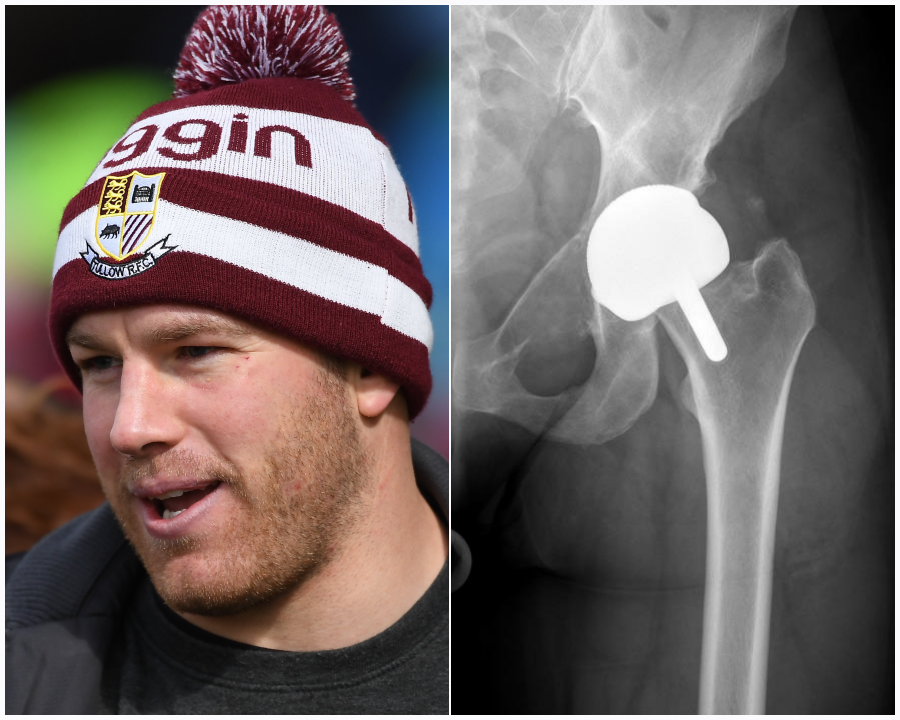 END_OF_DOCUMENT_TOKEN_TO_BE_REPLACED

O'Brien's issue with his hip got serious during Ireland's Guinness Series in November 2017. He battled manfully through South Africa and Argentina Test victories but was clearly carrying an injury.

He went in for work on the hip and though he made a few Leinster appearances in the interim, did not play again for Ireland for a year. He then broke his arm in a November 2018 game against Argentina - with another procedure required to set the bone - but returned for the 2019 Guinness Six Nations and the business end of a league-winning season with Leinster. On his debilitating hip issues, O'Brien said:

"Yeah, I definitely thought [retirement] was a possibility. There were a couple of steps. I had four operations last year, before the end of the season. The first one was a little clean out of the joint, to see if it would help free it up a bit. Because I had no cartilage; it was bone on bone.

"The second one was a bit more extensive. A bit of a shave [of the thighbone]. Then I had it tractioned, with injections and a silicone thing put in. And that didn't really work.

"The last resort was a resurfacing. With that, there's never a guarantee but touch wood... "

Once O'Brien recovered from that surgery, and was able to get moving, the pain was gone but he was essentially having to go back close to scratch just to get moving again. There was three months of rehabilitation at Leinster - coming in and using the facilities while his former teammates got ready for the new season - and another four months of rehab with London Irish.

"No matter how much fitness, running or conditioning you're doing, it's the same every time you come back from an injury. The minute you get back playing rugby, you're gasping and your tongue is hanging out.

"At the very first mauling session, I went in for a hit and spasmed my neck. So I had that for the rest of the week."

Sean O'Brien talks about his injury, rehab and comeback here from 18:00 (below):

The Carlow native also spoke about how he got the nickname 'The Tullow Tank' from.

Dismissing the remark from his 2017 Lions teammate James Haskell that the name came from 'Mr. S O'Brien', he explained:

"I think it was 2011 when it started. Because there was a horse that I was involved in, and we named him The Tullow Tank.

"So that's where that came from, but it's just one of these things."

The horse might have tipped on and had its' moments of glory, but the original Tullow Tank is still going strong, even if it is with a stainless steel cap in his hip.

Ulster and Ireland fullback Will Addison joins Barry Murphy and Andrew Trimble in the virtual House of Rugby studio to discuss farming, blisters and Friday broncos. The lads chat to rugby agent Dave McHugh and dip into the classics - R.E.M, Good Will Hunting and Munster vs. Sale.


popular
We knew Sean O'Brien wouldn't let us down with his Lions XV
Bill Shankly’s grandson asks for statue to be removed from Anfield
'War-scene' in Tyrone dressing room before 2005 final sums up an iconic team
'Make him hurt, make him yours' - How the Springboks ruled the world
The SportsJOE 12 o'clock quiz | Day 335
Keith Earls backed for Lions XV by one of the best in the game
Springboks legend Tendai Mtawawira tells us what he really thinks of Ellis Genge
You may also like
4 days ago
"Dorothy Wall, hands down... she's a wrecking ball!"
1 week ago
The six Lions spots being contested by Ireland and Scotland players
1 week ago
Rating the chances of Leinster's 16 Lions hopefuls
1 week ago
Jamie Carragher on how close he came to Ireland call-up
1 week ago
Full player ratings as Ireland dismantle Wales in Six Nations opener
1 week ago
Munster and Irish rugby almost lost out on one of their brightest stars
Next Page