Sean O'Brien will never forget his time in New Zealand for the 2011 World Cup, for a number of reasons.

The London Irish and Ireland back-row, who is hanging up his rugby boots at the end of this season, was part of a decent side, led by Declan Kidney, that beat the Wallabies at Eden Park and were looking set for a semi-final against France, until Wales cut them off at the knees.

END_OF_DOCUMENT_TOKEN_TO_BE_REPLACED

Many of that squad would go on to win the 2014 and 2015 Six Nations, while seven players that were in New Zealand would help Ireland to a Grand Slam in 2018. There were a heap of lessons learned in New Zealand, on and off the field.

On JOE UK's House of Rugby [LISTEN from 11:30 below], O'Brien was joined by Alex Goode and Ben Earl as they recalled some of the best pranks they were involved in. O'Brien held his hands up about one that stung him good at that 2011 World Cup. 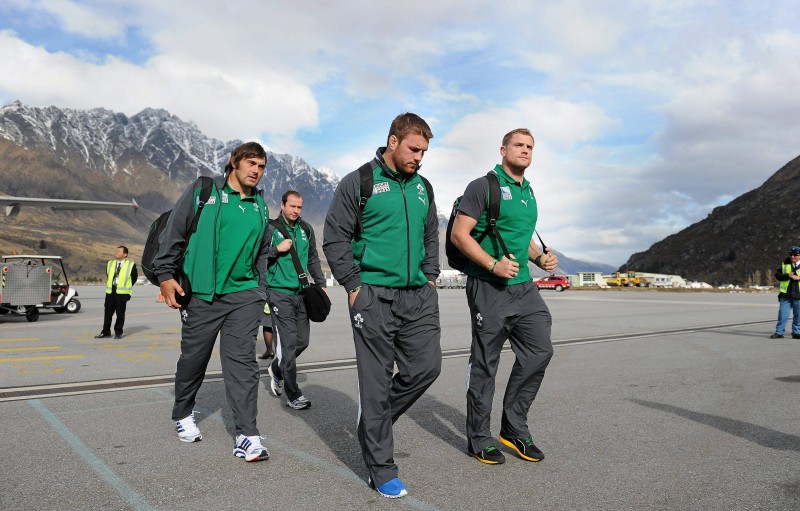 Ireland players, from left, Tony Buckley, Geordan Murphy, Sean O'Brien and Jamie Heaslip walk from the aircraft in front of the Remarkable Mountains on the team's arrival in Queenstown Airport, in 2011. (Credit: Brendan Moran/SPORTSFILE)

Sean O'Brien claimed his time in squads most saw pranks getting played on him. He was rarely one for revenge as it took too much time and planning.

END_OF_DOCUMENT_TOKEN_TO_BE_REPLACED

Heading to that World Cup in New Zealand, he was 24, had made 11 Test appearances and was in around the international set-up for a little under two years. Young, free and single, too, he was really looking forward to the down-time in Queenstown before the big training sessions kicked in.

"We were in this bar. We went out on the piss, the first night we got there. The second day, a few of us went for another few beers.

"So we had three days of just chilling out, doing activities, and stuff. So, we were in this bar [Lone Star] and I met this Canadian girl, and these two Americans. There were a few of us chatting away, and whatever. Then we headed off, later that night.

"I had been chatting away to one them for a while and, I don't really remember the end of it but we all headed back to the hotel, anyway. But the next day, I got this message on my phone - 'Hey. It was good to meet you last night. Must catch up with you during the week for some dinner'."

O'Brien then got stuck into the real World Cup prep in Queenstown, as Ireland prepared for their opening game against the USA. A couple of days later, his phone pinged again... 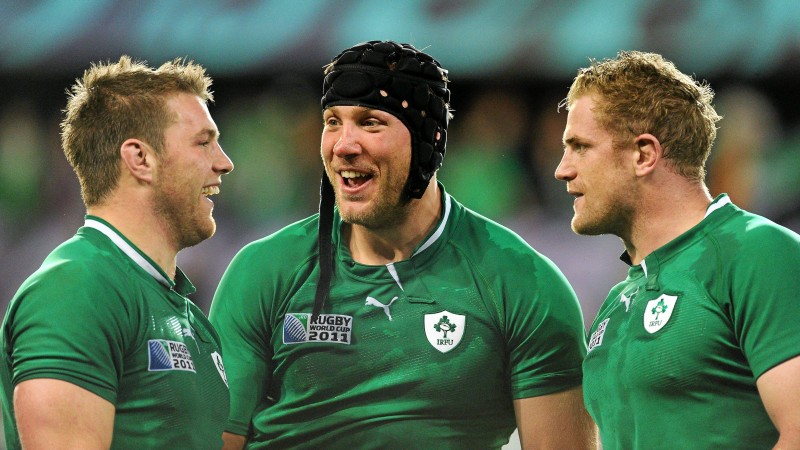 The Ireland back row of Sean O'Brien, Stephen Ferris and Jamie Heaslip after a win over Italy at Otago Stadium, Dunedin. (Credit: Brendan Moran/SPORTSFILE)

Waiting for Sean O'Brien, as he finished up with another training session, was a message on his phone - 'Fancy meeting up tonight? I'm free.'

The flanker was quick to replay that he, too, was free.

"I'd nothing lose," he says. "I was a young fella! I was getting a bit giddy!

"So I got on my Sunday best clothes, after-shave all over me.

"At this stage, there were a couple more messages coming through, like, 'Can't wait to see you', 'Very excited'. I was thinking this was a bit strange. First time proper meeting someone.

"Rather than walking down the main street to where Lone Star was, I went up the back way and down around the back entrance. Well, just as I got there I heard this bit of a commotion at the back of a bus. I stepped to one side of the footpath, and about 25 of the squad were there, ready to jump out!

"I went, 'Ah, I'm done here!' So I went walking down towards them and they jumped out and started giving it loads! I just went red. And back to the hotel with me, with my tail between my legs. There was no woman, no dinner and no-one I had given my number to!"

Mike Ross, O'Brien's Leinster and Ireland teammate, was singled out as "the instigator" of the whole ruse.

Asked by Alex Goode if it was true that pictures may have been exchanged as part of the message thread, a laughing O'Brien strongly denied it. "I didn't send any pictures, anyway!"

So, while the England rugby squad were engaged in some dwarf-throwing contests in Queenstown, around the same time, the Ireland lads were focused on getting their kicks out of a young, giddy O'Brien.


popular
The four stone-cold certainties for All-Stars even as early as this
Kylian Mbappe reportedly wants PSG to sell Neymar
Eamon McGee just couldn't help himself with Armagh-melee tweet
Former England Under-21 captain open to playing for Ireland
"He's actually smiling putting the ball over the bar. He should nearly be fainting." - Ryall on Limerick's legacy
Anthony Joshua admits that he was 'let down by his corner' during Oleksandr Usyk bout
"The economy was one of the big reasons" - Cadogan's move from an electrician to personal training
You may also like
1 day ago
Gavin Coombes one of four Irish players to push themselves into Test picture
1 day ago
Bundee Aki understandably emotional, as Ireland pay moving tribute to late Sean Wainui
1 day ago
Full Ireland player ratings after Maori All Blacks teach us an early lesson
1 day ago
"We could lose all five games" - Darren Cave with a rare take on Ireland's chances
2 days ago
Irish provinces discover their pool stages fate for Champions and Challenge Cups
2 days ago
Mike Lowry and Peter O'Mahony in First Test contention as Ireland shuffle deck
Next Page