Scott Fardy up there with Ireland's best ever rugby imports

There was a lot of hand-wringing when Leinster signed the Aussie ahead of the 2017/18 season.

Scott Fardy had played a World Cup final at blindside and many feared - with merit - that Leinster would be blocking their up-an-coming back rows by lumping the Wallaby into the selection mix.

Leinster assured us all that Fardy was coming to Ireland as a second-row. In his first season, he only played blindside once... until there was a trophy to be won. Leinster then started him at No.6 for the Champions Cup knock-out stages run, including the final victory over Racing 92.

One year on, and with Josh van der Flier, Dan Leavy and Rhys Ruddock all injured, Fardy the lock came to the rescue again. Toulouse had slowed Leinster down at the breakdown in their October win, in the pool stages. Fardy, Sean O'Brien and Devin Toner were tasked at ensuring that did not happen again.

By the end of a sun-kissed afternoon in Dublin, Fardy and Leinster had dominated the breakdown and forced themselves over the gainline with impunity. Toulouse, on the other hand, got little change. 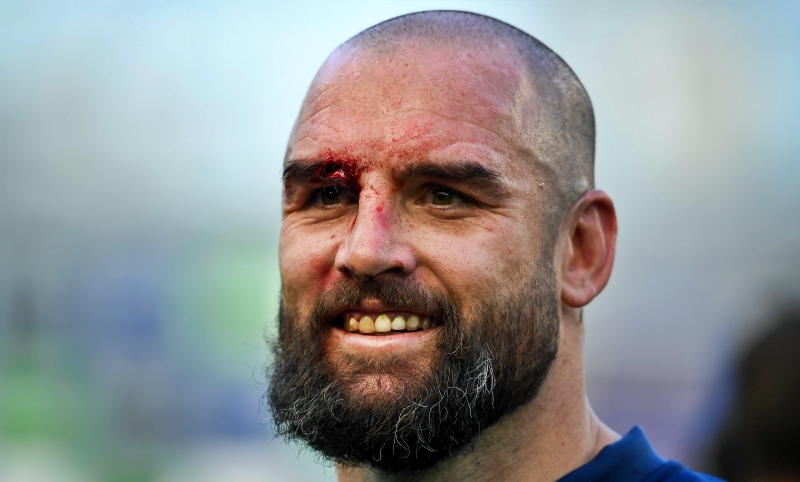 Fardy scored his ninth Leinster try in 41 appearances (34 starts) and he was exactly the sort of physical, athletic presence the reigning European champs needed. He opened up a bad gash in the battle, with a stitches struggling to close up a deep gash in his eyebrow.

Fardy's performance drew some gushing words and the highest of player comparisons [from 4:00 below] on the latest episode of Baz & Andrew's House of Rugby.

END_OF_DOCUMENT_TOKEN_TO_BE_REPLACED

At the post-match press conference, Fardy was asked about being drafted in at the last-minute for the injured Ruddock.

The Aussie tipped Leinster's hat by revealing he knew as far back as the Saturday morning captain's run that he would probably be drafted in. He had repped Ruddock in a few drills but was confident he would be ready when called upon. That brought a playful job from his captain, Johnny Sexton:

"He never trains during the week. We started calling him ‘Saturday’ cause it’s the only day he shows up!"

Like Paul McGrath, in the final years of his footballing career, few would complain if Fardy never trained again but produced the goods on match-day.

Fardy enjoyed that remark from Sexton. His only concern in the post-match press conference was the blood leaking down from the deep cut in his eyebrow (GRAPHIC IMAGE BELOW). The stitch-job was probably done on the fly so he will have sat with the medics again as his teammates celebrated reaching the final.

He politely asked an EPCR employee for a tissue and, as he waited for her to return, used his jersey to staunch the trickle of blood. 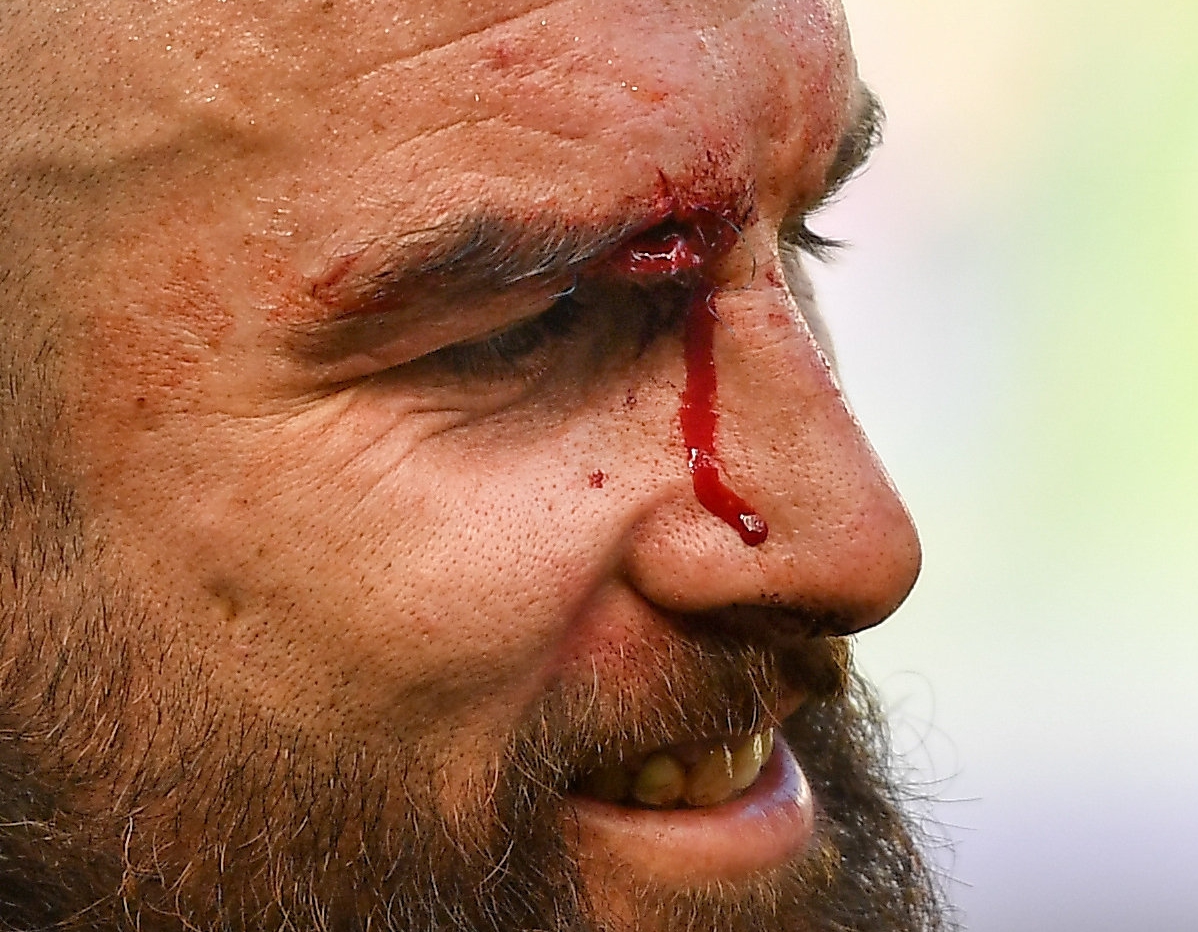 Barry Murphy and Andrew Trimble have been mightily impressed with Fardy since his arrival, in 2017.

"When you get overseas players in," said Murphy, "it is so important that they are the type of players like Scott Fardy and James Lowe.

"Because there is this contentious area, with fans or with other players, where if they are not local players, then why are you bringing them in? So they almost have to work harder to win the love. They've got to be the best players."

Trimble joined in: "They have to be Ruan Pienaars or Rocky Elsom, another great example. Felipe Contepomi."

"At Munster," said Murphy, "we had Dougie Howlett and Rua Tipoki. And Leinster now have Fardy and Lowe, two of the best you can ask for."

High praise for Fardy and Lowe, being compared with some of the finest foreign signings in the past three decades of Irish rugby.


popular
"If Murray is playing that first half for England, he's probably Man of the Match"
Jacob Stockdale and Johnny Sexton not spared by English press
Baz & Andrew's House Of Rugby - Twickenham carnage
Triple Crown wrenched away as England scrape Ireland off their boots
'Were they up for it more than us? That's my responsibility' - Andy Farrell
ROG hits the nail on the head assessing Ireland's performance
Tyson Fury reveals what happened when he sparred Anthony Joshua
You may also like
3 days ago
"Emotions will be charged" - Sean O'Brien backing Ireland for Triple Crown
4 days ago
Guinness Pro14 Preview: Ulster v Cheetahs
4 days ago
QUIZ: How well can you remember this season's Premier League results so far?
4 days ago
Guinness Pro14 Preview: Edinburgh v Connacht
5 days ago
Baz & Andrew's House of Rugby - Live in Dublin with Scott Fardy and Fiona Coghlan
1 week ago
Pro14 Preview: Munster v Southern Kings
Next Page