Scotland faced off against Samoa at Kobe in a Pool A clash.

Scotland came in the game having lost 27-3 to Ireland in their opening fixture and faced a must win encounter today as defeat would have ended any hopes of them progressing. Samoa beat Russia 34-9 in their first game but were missing some key players for this clash including centre Ray Lee Lo, hooker Motu Matu'u and Afa Amosa.

Both these sides faced off in the previous World Cup in the final round of the pool games and it was the Scots who narrowly triumphed with a 36-33 victory. Victory would arrive yet again after this tie in a far more convincing scoreline.

Samoa began proceedings with their ceremonial Siva Tau before the ref signalled for kickoff.

8 minutes in and Scotland were awarded a penalty. Greig Laidlaw stepped up and converted to reward their good start. In converting that penalty, Laidlaw had officially accumulated over 700 points for his nation. Astonishing.

Scotland looked like a team on point and looked solid in defence, forcing mistakes out of their Samoan counterparts with their intensity.

30 minutes in and Scotland would extend their lead with a well executed try. Finn Russell crossed across the fields from a penalty advantage and the ball found itself in the safe hands of Sean Maitland who scored. Laidlaw converted for a score of 10-0. 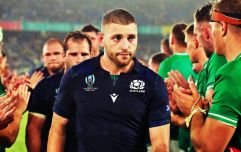 END_OF_DOCUMENT_TOKEN_TO_BE_REPLACED

Scotland certainly were playing like the dominant side and four minutes later, they landed another converted try. Russell kicked off the move with a pass to Jamie Ritchie who found Laidlaw who was pummelled by fullback Tim Nanai-Williams and the fly-half stumbled over the line to score! Once again, Laidlaw stepped up to convert flawlessly as the Scots pulled 17 points clear.

Two minutes from halftime and Scotland turned on the style with a dazzling drop goal from 45m out courtesy of fullback Stuart Hogg. The result seemed to be headed on a one way street to the Scots as halftime arrived.

4 - This is the 4th time @Scotlandteam have kept their opponents scoreless in the 1st half of a @rugbyworldcup match (v Ivory Coast in 1995, v Spain in 1999, v Romania in 2007), they kept a full-time clean sheet in all three of those games too. Blanks.#RWC2019 #SCOvSAM pic.twitter.com/R6LXUqsPZJ

As the second half whizzed into life, some errors began to creep into the Scottish game with a far cry performance from the first half.  The Scots needed two more tries for maximum points but their accuracy was letting them down.

56 minutes in and Scottish nerves were relieved after the ref Pascal Gauzere awarded a penalty try. Ed Fidow came in from the side to prevent Fraser Brown from grounding the ball to score and the move saw Fidow head for the sin bin and Scotland sealing the game with a score of 27-0.

The game was as good as finished by this point and the Scots only required one more try for a bonus point. 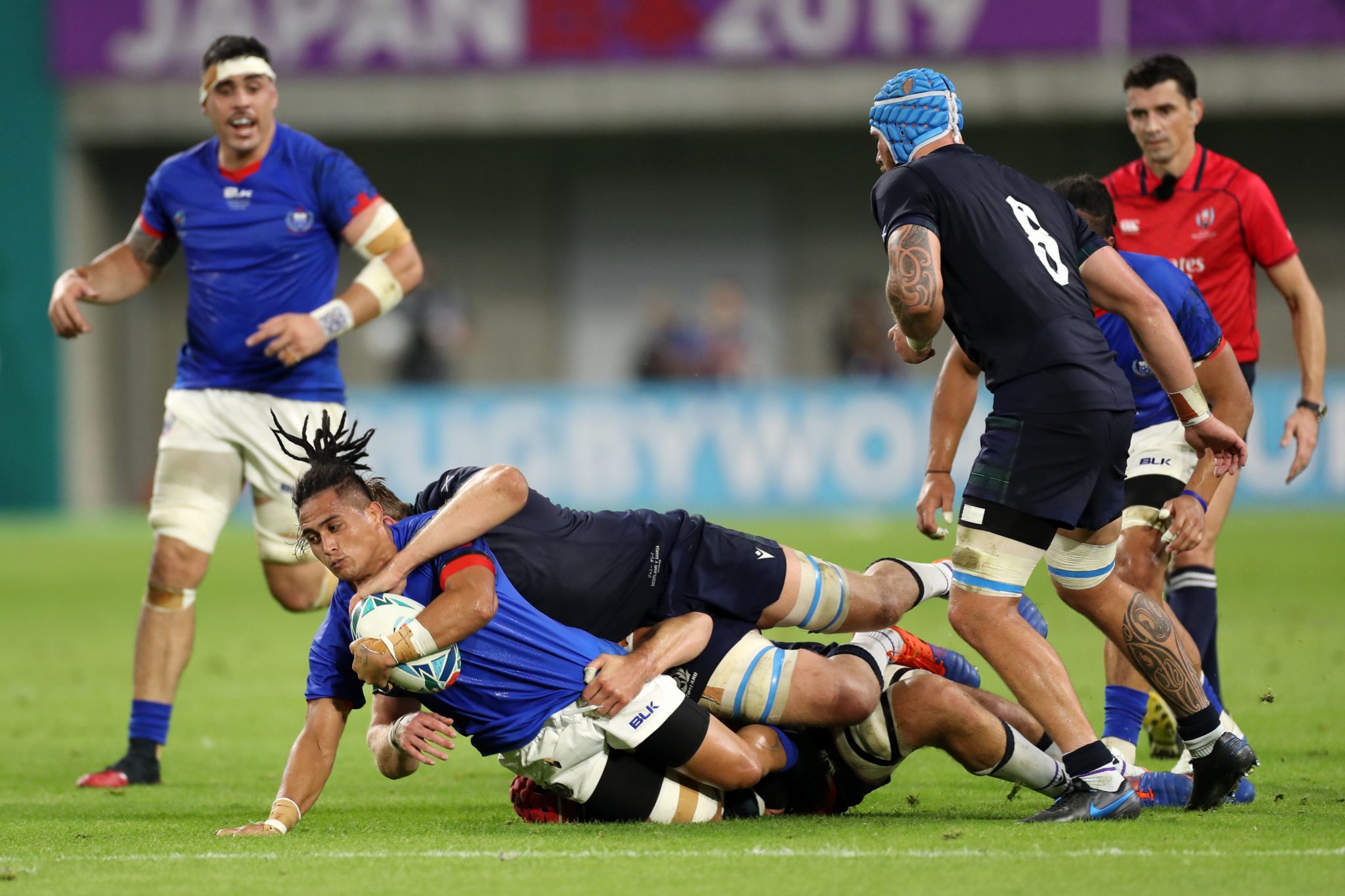 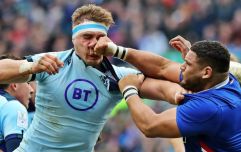 END_OF_DOCUMENT_TOKEN_TO_BE_REPLACED

Entering the final ten minutes of the game and Scotland were still searching for their final try with Samoa demonstrating great heart in defense. However, 74 minutes in and Scotland would grab their bonus point after the ref awarded them with a penalty try. Fidow who had just returned from the sin bin put in a horror tackle to keep Maitland from scoring.

34-0 to Scotland it stood with less than five minutes left to play for.

Scotland did brilliantly to see out the game and put it to bed and so it finished at the Kobe Misaki Park stadium.

The Scots came into the game with the onus of getting a four try bonus point win and they did just that in difficult conditions, no less. A matchup against Russia await them next week. Samoa meanwhile will be disappointed not to have gotten on the scoreboard despite coming close and a tricky tie against Pool toppers Japan is up next.

popular
The SportsJOE 12 o'clock quiz | Day 140
Only a Champions League fanatic would get full marks in this quiz
"There's times I do think I probably have let people down but in fairness, I have got good support from back home"
Getting 20/20 in our Champions League quiz would be a miracle
Frustration boils over for Shane Lowry at PGA Championship
Jonny Hayes and Aberdeen teammates apologise after Covid cluster shutdown
Rory McIlroy speaks superbly on conscience call that cost him at US PGA
You may also like
6 months ago
Bundee Aki set for new midfield partner against Wales
6 months ago
Farrell demands 'true Irish grit', O'Mahony delivers in bloody style
6 months ago
The Scots had plenty to say about CJ Stander’s final turnover
6 months ago
Stuart Hogg owns up to 'schoolboy error' after Irish defeat
6 months ago
Munster's finest show Europe they are far from dead
9 months ago
WATCH: Japan enter the quarters with a top-notch 28-21 victory over Scotland in RWC 2019
Next Page