"They’ve definitely been a stepping stone for me so far."

Ryan Baird is seeing the hold up in the rugby season as an opportunity to build on his hugely positive start to professional rugby.

END_OF_DOCUMENT_TOKEN_TO_BE_REPLACED

Having impressed for Leinster and Ireland's underage teams, the versatile forward had come to the attention of every rugby fan in the country with a Guinness PRO14 hat-trick against a Glasgow Warriors side stacked with internationals. He was called into the Ireland senior squad first as a development player and, soon after, as a fully-fledged squad member.

He may have featured in one of Ireland's final two Guinness Six Nations fixtures and would definitely have played a part in Leinster's latest double quest, but for the Covid-19 pandemic to halt the season. While he will have to generate momentum all over again, the former St Michael's College student backs himself to do so.

When Baird talks of his sporting heroes, it gives an insight into the player himself as he clearly identifies with steely, driven characters. He says:

"In rugby it was always Brian O’Driscoll and Paul O’Connell. They were the two big icons, back when I was younger and growing up. You would have followed them.

"In other sports, like tennis, Rafael Nadal was a huge… I loved him when I was younger and I still do today. He was such a competitor. And Tiger Woods as well. Now that I’ve got slightly older, just appreciating what he does in the game… like he has 81 victories, you know. It’s unheard of."

On the latest episode of Baz & Andrew's House of Rugby, Baird spoke with Barry Murphy and Andrew Trimble about his break-through season with Leinster, hopes for the future and how he is staying in shape (physically and mentally) during the break in play. 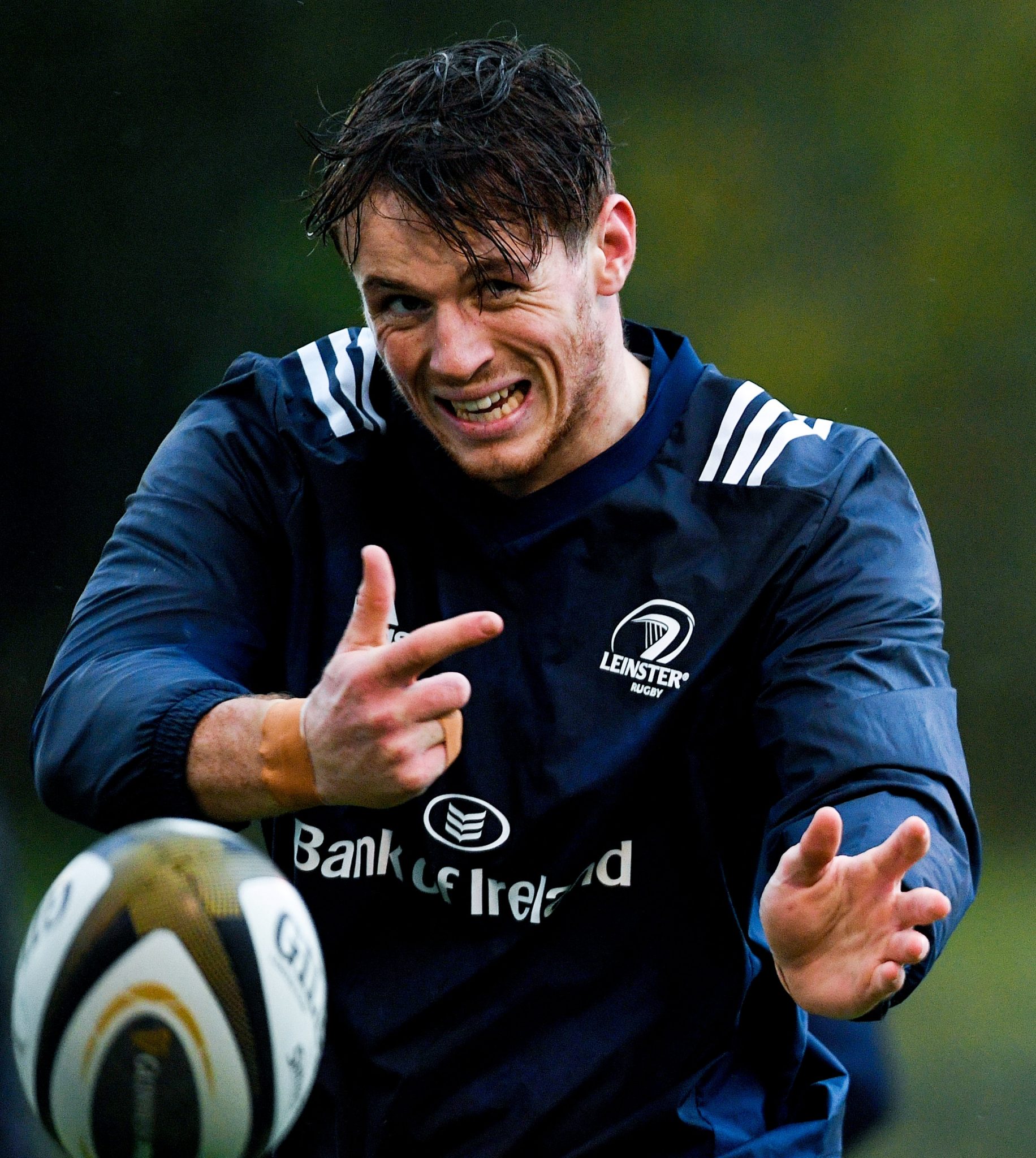 END_OF_DOCUMENT_TOKEN_TO_BE_REPLACED

Despite his name being mentioned as 'the' up-and-coming Irish prospect all through winter, Baird still only has seven senior appearances for Leinster and knows that the hard work is only beginning.

Before the rugby season was halted, he says he was learning so much from training every day with the likes of Devin Toner, Scott Fardy, Rory Moloney and James Ryan. Baird can play blind- or open-side flanker too but he has so far been deployed by the Blues as a lock.

He is fortunate to have two younger, and competitive, younger brothers in the family home with him during the lockdown. The younger brothers are following in his boot-steps at St Michael's and are more than handy for back garden skills sessions. Away from that, Baird is adding timber to his frame. He comments:

"I went off an got some weights, and a couple of bits and bobs from Leinster. They are sending out programmes for us to do our gym work and running. Keeping us ticking over. It's a good development block when we're at home.

"I'm doing five or six gym sessions a week, and we've got three runs to do [each week]. We did broncos there last week [20 metres sprint and back, 40 back, 60 back, five times] and doubles too. It was tough.

"I naturally would be more fit but I felt, during the season, that I'd like a bit more bulk. So I've basically been trying to put on weight these last nine weeks. I've been gym-ing really hard and eating loads. It's working as I've put on a bit, around three or four kilos (7lbs). I've got my brothers to throw balls with in the back garden and work on skills with. Skills and putting on weight are the two key things I'm working on."

If the 6-foot-6 Baird can maintain that explosive speed and power he has, with that newly earned bulk on top, he could be an even more fearsome prospect when rugby returns.

END_OF_DOCUMENT_TOKEN_TO_BE_REPLACED

Added to that, Baird has embraced sports psychology and mindfulness as tools to help improve himself, and his game. "I’d say it was really, to be honest, only last September - before I was getting into the Six Nations Under 20s cycle - when I looked into it," he says.

"I was like, ‘I’m doing everything physically that I can to get myself into the best shape but I’m not really doing anything mentally’. So then I got in touch with a sports performance coach, who I’m working with at the moment. I started working with him and that was really helpful. It helped me understand how I’m thinking about the game.

"I found that really helpful and it let me focus in on the game and stay in the moment. Because I had a tendency to just be completely be thinking about something completely different during a game and that cost me a couple of times. When I got with him and when I was staying in the moment and focusing on what I was doing, that was really helpful.

"And Kobe Bryant talked about how he meditated loads so in Leinster that’s a big thing. Mindfulness, we started… when I came into the academy there, up into UCD, that’s a big thing we did. Dan Davey pushed it and I kept doing it. That’s a couple of the things that I’ve found helpful and they’ve definitely been a stepping stone for me so far."

Baird is also using the Headspace app and often listens to a couple of helpful meditation and mindfulness pieces on certain nights before bed.

Rugby training may resume later in the summer, when Ryan Baird turns 21, but it may be September at the earliest before we see any games taking place. When rugby resumes, though, you get the feeling the young forward will be more than ready to go.