Each January, in Dubai, a Rugby 10s tournament takes place that is as much sporting as it is social. If you head along, you are guaranteed to see some stars of yesteryear - both rugby union and league - seeing if they've still got the magic.

Former Ulster and Ireland winger Andrew Trimble is set for his Dubai bow, early next year, and he could get some tips - match and post-match - from fellow House of Rugby star Mike Tindall.

END_OF_DOCUMENT_TOKEN_TO_BE_REPLACED

On the latest House of Rugby episode, former England 7s and 15s star Tom May reminisced about past Dubai 10s events with Tindall and host Alex Payne. "Tins made an appearance at it a few years ago," May recalled. "He manned the corporate tent. He looked after it."

"My game kicked off around 7pm" Tindall remarked, "and finished around 4am!"

This time around, May is playing with Kurt Gidley, Pat Richards, Garry Schofield and Mick Cassidy, who all plied their trade in rugby league. He hopes to avoid teams mauling too much as that distinctly union tactic sometimes gets the league lads frustrated and irate.

New Ireland head coach Andy Farrell was supposed to be taking part but a bad shoulder [and Six Nations preparations, no doubt] has ruled him out. 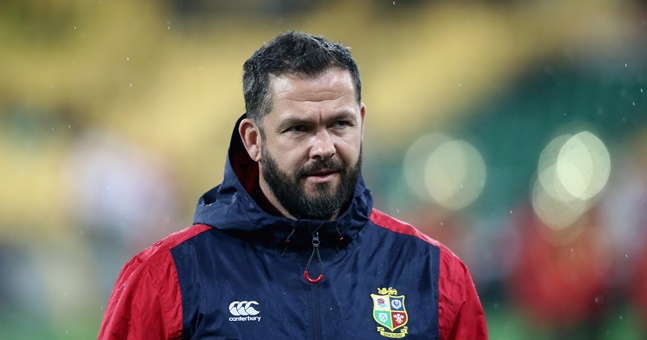 Payne asked if the 'old warlords' still fancied themselves to dish out punishment, and retribution, when playing these sort of tournaments and, for Tindall, one immediately came to mind - former Wasps and Harlequins flanker Rory Jenkins.

That sparked a classic tale from May about coming up against a team with a few Fijians in their ranks.

"We were looking at the Fijian lads and thinking, 'Oh, we don't need this'.

"I was thinking, 'Do they need their teeth to score?!'"

END_OF_DOCUMENT_TOKEN_TO_BE_REPLACED

There is a certain, bloody-minded logic to it. The league lads were surely thinking they could soften the coughs (runs) of the Fijians by dishing out some big hits that would make them think twice about coming down their channel.

Both Tindall and May were asked to select a Sevens team (and three subs) from UK and Irish players from the 15s game that featured in the World Cup. May edged it by picking a couple of players with Sevens backgrounds.

Tindall only had one sub, Anthony Watson, while Payne named two Irish players - Garry Ringrose and Jordan Larmour - in his squad of 10 players.

You may also like
1 month ago
Forget counting your steps, this is the key metric you should be tracking instead
1 month ago
Football fans are going to love these brand new Cadbury chocolate bars
1 month ago
4 simple ways you can vastly improve the quality of your sleep
2 months ago
Calling all sports fans! This week's Powerball Super Jackpot is €348 million*, here's how to place your bet
2 months ago
The next generation of fitness trackers is here and it's an absolute game-changer for your health
4 months ago
Everything you need to know about this year's Fairyhouse Easter Festival and Irish Grand National
Next Page