Folau came in for criticism on Wednesday morning, when the below photograph appeared on social media which saw the Australian full-back warn drunks, homosexuals, adulterers, liars, fornicators, thieves, atheists and idolaters that they were destined to go to hell unless they repented. 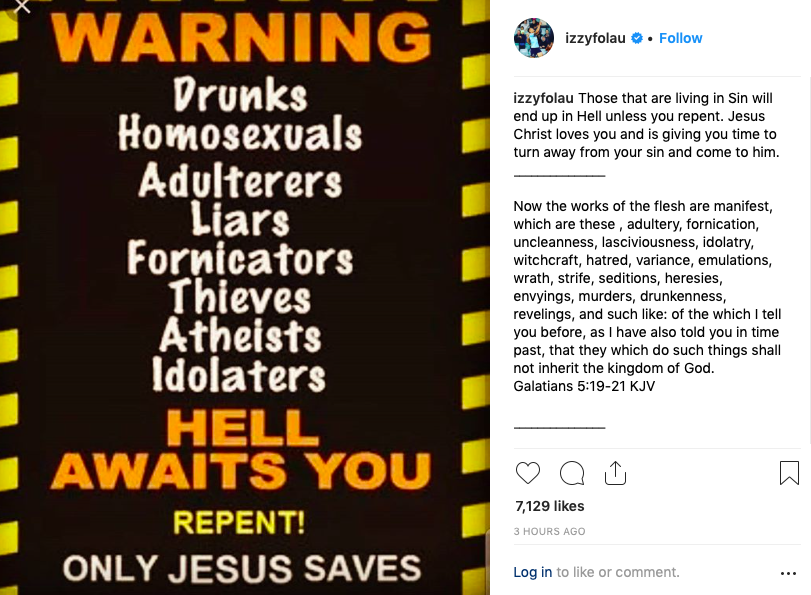 "Those that are living in Sin will end up in Hell unless you repent," Folau wrote as a caption. "Jesus Christ loves you and is giving you time to turn away from your sin and come to him."

The post from Folau, whose stance on same-sex marriage has turned him into a controversial figure, remains on his Instagram page at the time of writing.

And Rugby Australia have now issued a brief statement on the matter, with the governing body condemning the message from the Waratahs star as "unacceptable." 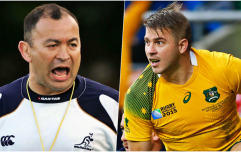 END_OF_DOCUMENT_TOKEN_TO_BE_REPLACED

"The content within the post is unacceptable. It does not represent the values of the sport and is disrespectful to members of the Rugby community.

"The Rugby Australia integrity unit has been engaged on the matter tonight."