It's all about working for each other.

Ronan O'Gara has seen it all. A grand slam, a couple of European Cups and 1083 international points for Ireland and the British Irish Lions makes him a pretty trustworthy voice to listen to.

The former Munster fly half has done it all and seen it all and is now currently coaching at Racing 92 and has seen his fair share of players of all nationalities and more importantly he has seen their attitudes towards the game.

O'Gara highlighted the differences in mentality between the French and Irish when it comes to the game and had nothing but praise for his homeland when discussing the topic. 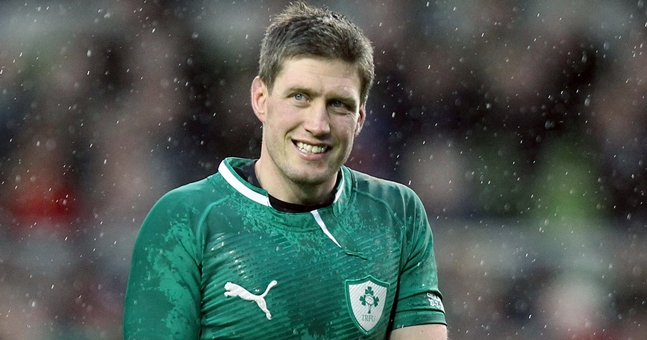 END_OF_DOCUMENT_TOKEN_TO_BE_REPLACED

Speaking on the latest episode of The Hard Yards the 40-year-old said:

"In France, if you sign a player and he becomes overweight it becomes acceptable. If that was in Ireland you would have the senior players in that club doing fitness with him, getting the best out of him, managing his lifestyle to make sure he drops the weight.

END_OF_DOCUMENT_TOKEN_TO_BE_REPLACED

"In France it’s just viewed upon as acceptable, it’s a small thing but yet it’s a massive thing because you could have a player that is 10 kg overweight punishing the team but isn’t too driven to shift the weight.

"What happened in Ireland would be that he would absolutely train hard, live well, eat well, he’d get a six week window period if he’s playing ball with his teammates the lads will do everything for him but if he’s taking the piss out of them he’ll be dropped and he’ll be sent home.

"I just think that the value in Irish rugby are only seen when you leave it. When you’re there you think it’s really tough and it’s hard being an impact sub but it is an unbelievable squad environment.


popular
“Players flourished when Roy Keane left” - Rio Ferdinand on why Keane was a 'detriment' to Man United
The FootballJOE Pub Quiz: Week 50
Man United considering loan move for Christian Pulisic
Specsavers troll former Liverpool star for Darwin Nunez headbutt claim
"To be able to call myself the fastest man in Irish history is just amazing" - Olatunde overjoyed after record-breaking run
The moment Israel Olatunde realised he qualified for the Euro 100m final is what it's all about
"I went up to the Italians and gave them a big auld shoulder" - Paul O'Donovan does it again
You may also like
1 month ago
Join our ultimate sports quiz in Dublin for a chance to WIN a trip to a Premier League game
4 months ago
Join Munster legend Billy Holland for this free mortgage masterclass
6 months ago
[CLOSED] COMPETITION: WIN a two-night stay at the luxury Trident Hotel in Kinsale Harbour
8 months ago
Here's where you can find some incredible deals on exercise machines in 2022
8 months ago
WATCH: This clip shows just how amazing amateur clubs in Ireland really are
8 months ago
Pieta and Shane Carthy encourage people to take part in #HopeOverSilence this Christmas
Next Page