We did not expect to see the Leinster and Ireland centre back so soon.

Robbie Henshaw only felt the true impact of his time on the Lions Tour to New Zealand when he arrived home with his arm in a sling.

Henshaw went into the tour with high hopes of featuring in the Lions midfield for the Test Series. That began to look unlikely as soon as Ben Te'o shot his hand up and Warren Gatland started to seriously look at Owen Farrell as his inside centre.

Ultimately, Henshaw saw no Test minutes but he is convinced his time in New Zealand, and around so many world-class players, has improved him no end. He is back to full fitness again, too, after coming through his own, staggered preseason at Leinster.

He badly tore his pectoral muscle [Grade 3] in the midweek Lions game against Hurricanes but somehow managed to play on for well over a minute before a break in play confirmed he would play no further part in the tour.

Henshaw describes just how the injury came about:

"I was chasing a guy on the edge. He was a second-rower, I think, and nearly double my weight. It was a reach tackle and the impact of his shoulder on my arm jolted my pec back and, literally, ruptured my pectoral muscle from my shoulder.

"I felt a sore pain moving down my chest. I tried to move and it was throbbing. There was a good bit of pain there so I knew that it could have been torn over.

"In the moment, as a player, you know when you can go through something and when you can't. If I would have had to make another tackle, I wouldn't have been able to do it on my right side. The doctor came on, assessed me and said there was no power there so that was the feeling."

That tackle was on 6-foot-5 and 17-stone forward Vaea Fifita and it certainly did for Henshaw's tour. He flew out to Australia on the same day the Lions levelled the Test Series with the All Blacks by winning in Wellington.

"I landed in Melbourne just at full-time [in the second Test] and the lads were winning, so there was a bit of joy to my long trek home," he says. 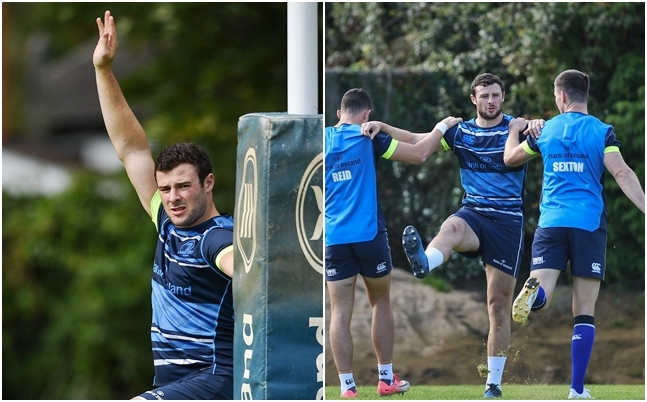 END_OF_DOCUMENT_TOKEN_TO_BE_REPLACED

There is a good reason for Henshaw to get back playing and proving himself all over again. Ireland are suddenly stacked for centres after the summer debuts of Rory Scannell and Rory O'Loughlin, the Irish qualification of Bundee Aki, the form of newly returned Munster centre Chris Farrell and Tommy Bowe's outings in the Ulster No.13 jersey.

Garry Ringrose may be a while away from his full comeback but Henshaw is determined to show to everyone that he's top dog.

"My primary focus is getting back in that Leinster jersey and putting in a few solid performances," he says, "and then putting my hand up for November. Getting the match fitness back is the one scary thing that every player faces when they come back from injury but that should come after a couple of games.

"But looking down the line, this fresh group of faces in the squad is unbelievable exciting. It's what the country needs - strength in depth - as there will be injuries down the line and it also drives competition." 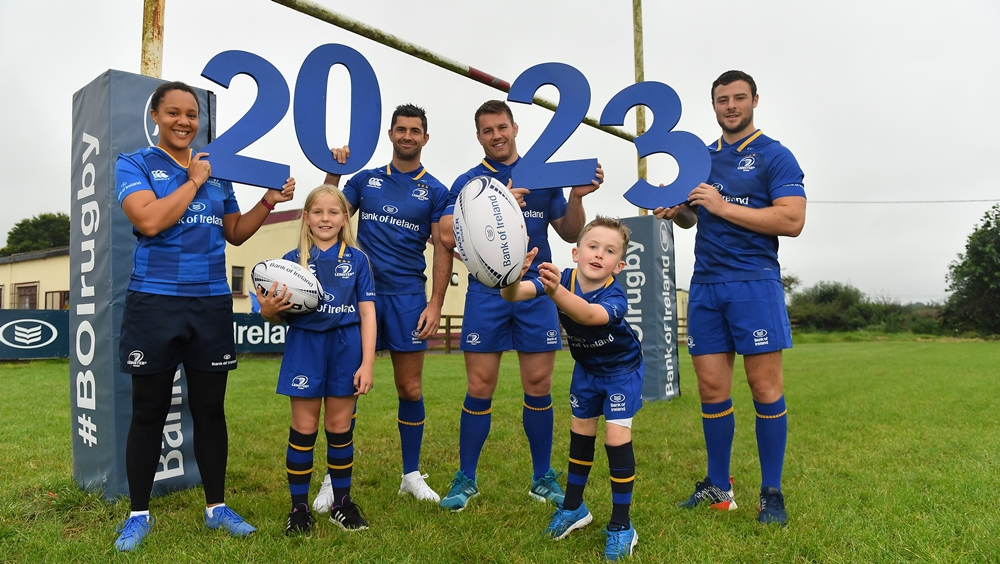 Henshaw was joined by Sophie Spence, Sean O'Brien, Rob Kearney - and fans Roisin Kinch & Will O'Toole - to help announce the renewal of Bank of Ireland's sponsorship deal with Leinster Rugby

popular
QUIZ: Name the country these football teams play in
Can you name every English football club that begins with 'W'?
QUIZ: Can you name all of these 1990s GAA stars?
The SportsJOE 12 o'clock quiz | Day 107
SportsJOE 2000s Football Quiz | Round 9
The SportsJOE 12 o'clock quiz | Day 105
The SportsJOE 12 o'clock quiz | Day 106
You may also like
2 days ago
Peter O'Mahony on the Paul O'Connell conversations that shaped his captaincy
2 days ago
"He just walked out the door without saying goodbye or anything. It was just so Axel. It was so perfect."
5 days ago
"The academy boys have turned into small monsters over the past few weeks" - Peter O'Mahony
5 days ago
Baz & Andrew's House of Rugby - Keith Earls joins us for Season Two finalé
1 week ago
"Having one of the best in the world to emulate has been really good"
1 week ago
QUIZ: How well do you know Paul McGrath's football career?
Next Page