"Oh, they'll definitely be following him."

The news has been out in the ether since mid January, but Robbie Henshaw is still as excited as the rest of us when it comes to the planned Netflix series on the Six Nations.

Rugby is set to get the 'Drive to Survive' treatment when the same producers as the Formula 1 behind-the-scenes documentary focus their gaze, questions and cameras on the game's oldest competition.

END_OF_DOCUMENT_TOKEN_TO_BE_REPLACED

Henshaw is hoping to be back training with the Ireland squad ahead of the Six Nations meeting with France. He was not named in the Ireland squad for the opening rounds of the championship but is gunning for the Italy game on February 25. If he can get back to his form of the past few years, the Leinster centre may yet have a big role to play in that Netflix doc.

On House of Rugby [LISTEN from 13:00 below], Robbie Henshaw spoke about his home gym sessions during Covid, his friendship with Bundee Aki, beating the All Blacks in New Zealand and the upcoming Netflix documentary on the Six Nations. 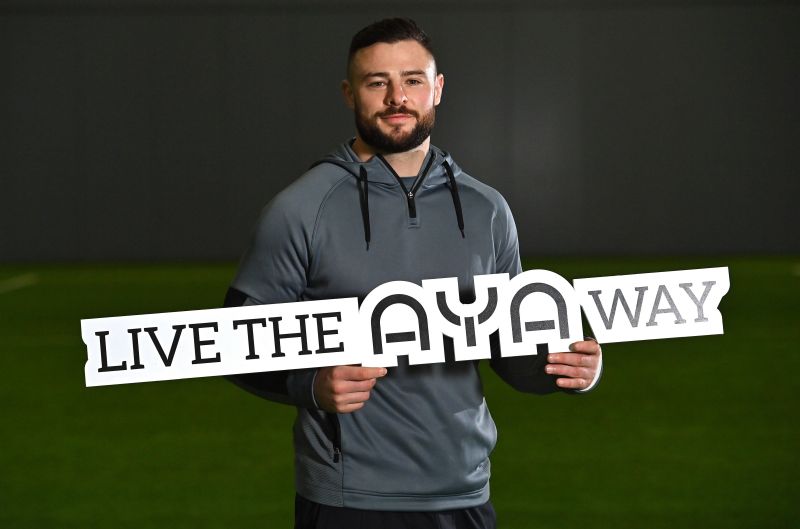 Leinster and Ireland rugby player Robbie Henshaw during the introduction of Aya supplement brand at the National Sports Campus in Dublin. (Photo by Ramsey Cardy/Sportsfile)

END_OF_DOCUMENT_TOKEN_TO_BE_REPLACED

We meet Robbie Henshaw at a hotel in Dublin, as his brand partnership with AYA is announced. Decked out in black and in top form, the centre says he will miss out on the sun, fun and training at Ireland's warm-weather camp in Portugal.

He was itching to get back in Leinster blue, ahead of the Six Nations, and feature straight from the first kick-off but recognises this is a World Cup year. 2023 will be a marathon, not a sprint. Saying that, he makes no qualms about Ireland aiming to go better than last year's Triple Crown in this year's championship.

END_OF_DOCUMENT_TOKEN_TO_BE_REPLACED

On the Netflix documentary - working title Six Nations - Henshaw comments, "I think it is great for the sport. I've seen what [Netflix] did for Formula 1 and what All Or Nothing did for football, with those documentaries on Man City and Tottenham.

"It shows a different side to the sport and, fingers crossed, it grows the game, further afield and across the globe."

Henshaw expects the Ireland squad to be briefed on any extra attention from documentary crews during the championship. "I haven't heard who the main characters are, but it will be intriguing to see." Asked who the Netflix cameras should follow, he muses for a moment before answering:

"I'm just going to say Bundee because I'm good mates with him. He's an exciting character with all his good energies, so I think they'd get some good content from him."

Asked who the producers might be better off avoiding, a grin breaks out across his face. "Probably Bundee!"

"No, it's a great camp and a cool environment so I think whoever they film will have good footage."

*AYA, the leading Irish vitamin and supplement brand for all the family is delighted to announce a Brand Partnership with Robbie Henshaw for 2023.


popular
Man United could be blocked from playing in the Champions League next season
Ireland team vs. France: Form players rewarded and a welcome return
French media's opinion of this Ireland team becomes clear as vital clash nears
Eight players to watch in tonight's Sigerson Cup semi-finals
Clive Woodward happy to 'eat humble pie' after bold comments about Ireland
Man United vs Leeds: Why the game won't be shown on Irish TV
"I should have been more mature" - O'Sullivan's injury trail a cautionary tale for Sigerson casualties
You may also like
1 day ago
Josh van der Flier's post-match recovery routine could spark a bracing trend
1 day ago
Clive Woodward happy to 'eat humble pie' after bold comments about Ireland
2 days ago
The Ireland team Andy Farrell needs to start when France come to town
3 days ago
Matt Williams wants two changes and Peter O'Mahony benched for Ireland vs. France
3 days ago
Warren Gatland says Andrew Porter needs 'kick up backside' after flashpoint tackle
3 days ago
"Remember that name" - Sonny Bill Williams raves about Ireland U20 star after outrageous try assist
Next Page