Having starred in the British & Irish Lions tour to South Africa, in 2009, and competed against the best in Europe up until his 2020 departure from Leinster, Rob Kearney is well placed to give his opinion on backline options.

The former Leinster and Ireland fullback is a two-time Lion and is currently preparing for a Super Rugby Australia semi-final against the Brumbies. Strict Covid 19 restrictions in Australia have seen Kearney spent plenty of time in quarantine and allowed him to keep his finger on the pulse of northern hemisphere rugby.

Joining Fergus McFadden and Ronan O'Mahony on the latest House of Rugby Ireland episode [LISTEN from 8:40 below], Kearney gave his thoughts on the upcoming tour and, with a gentle arm twist, shared his picks for a Lions Test XV backline. 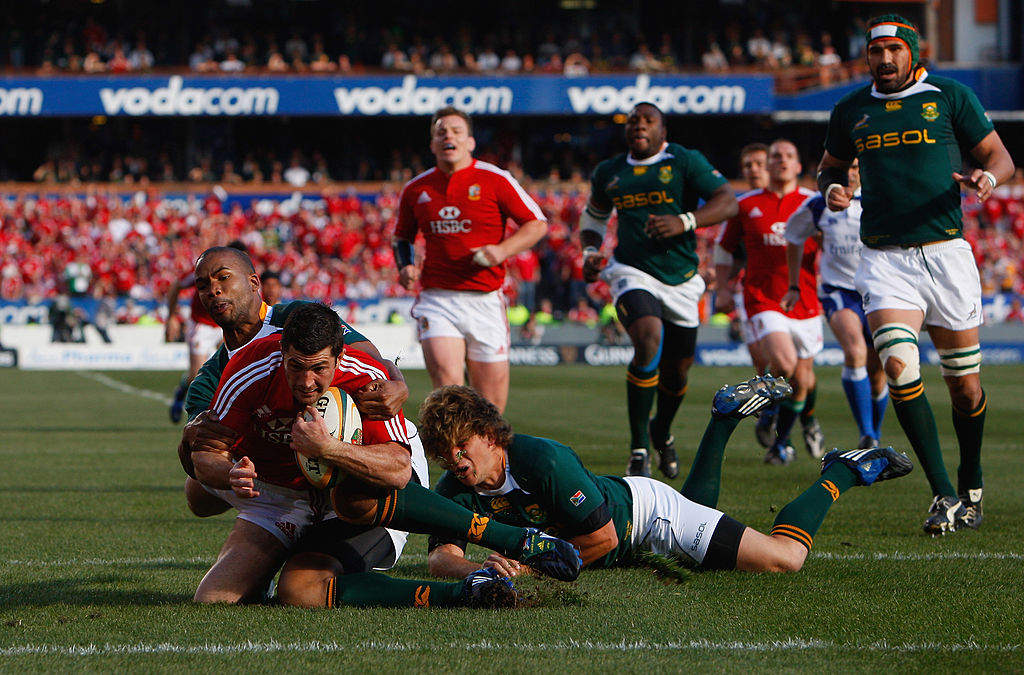 Rob Kearney scores for the Lions against South Africa in the Second Test, at Loftus Versfeld, in June 2009. (Photo by Stu Forster/Getty Images)

END_OF_DOCUMENT_TOKEN_TO_BE_REPLACED

Asked to lay out a full Lions XV for that First Test against the world champion Springboks, Kearney remarked, "Jeez, lads, I wouldn't have a clue." Ever the fullback - steering well clear of the battle up front.

He was much more content discussing his preferences for a backline to test the South Africans on their home patch.

"I think Conor Murray will start at 9, and Johnny (Sexton) or Owen Farrell at 10," Kearney said.

"I think Robbie (Henshaw) is playing unbelievably well at the moment so he's in there with a really good shout [for inside centre]. 13 is very much up for grabs at the moment.

"In the back three, Anthony Watson is playing really, really well. Jonny May is playing well. You've got Liam Williams there, and Elliot Daly is a class player. He probably hasn't had as good a season as he has in previous years. That England team might be hampered a bit, in terms of their selection on the Lions Tour, given how poor they have been in the past while.

"But, in that England team, you have so many of the players that produced one of the greatest games, in recent years, in that World Cup semi-final against New Zealand. So, they will have a lot of credit in the bank."

Speaking from experience, Kearney notes how different the eventual Test XV will look - compared to what many are predicting now - once the tour games get underway.

END_OF_DOCUMENT_TOKEN_TO_BE_REPLACED

"And you look at Keith Earls, in terms of the season he's had," Kearney added. "He's going to be right in there for squad selection too."

Add in Stuart Hogg, George North and Jonathan Davies to the mix - to complement those chosen by Kearney - and you have a potent backline unit, and back-up options.


popular
Shay Given on how far Ireland could've gone at the 2002 World Cup with Roy Keane in the team
The SportsJOE Friday Pub quiz: Week 3
Ivan Rakitic criticised for alleged comments condemning 'gays, black people, dwarves and the obese'
From Ireland to Argentina: Alexis Mac Allister's Irish roots explained
The World Cup 2022 team of the tournament so far
Jack Grealish says he regrets his comments about Miguel Almiron
France demand FIFA change result of World Cup defeat over 'rule break'
You may also like
1 week ago
"Two Irish players are best in the world" - Rugby reacts to big Josh van der Flier and Terry Kennedy awards
1 week ago
Two baffling omissions as four Ireland stars make World Rugby 'Dream Team' of the Year
1 week ago
Josh van der Flier claims World Rugby Player of the Year at Monaco ceremony
1 week ago
"Highlight of my Ireland career" - Behind the scenes as Jack Crowley and Ross Byrne covered for a legend
1 week ago
Bundee Aki reminded us all of his best qualities, on a night Ireland couldn't do without him
1 week ago
Peter O'Mahony delivered some fitting Jack Crowley comments after surprise Test start
Next Page