"He just ran in his boxers to make it realistic, that it wasn’t him!"

Rhys Ruddock is having another outstanding season and still generating British & Irish Lions talk, despite only playing once in the Six Nations.

For those that have been following Leinster's season closely, and Ruddock for the past number of years, it is no surprise.

"Rhys has been playing great rugby for a number of seasons, and this year in particular," says Fergus McFadden, his former Leinster and Ireland teammate.

"He’s a guy that, anyone that has played with him, or against him, would not underrate him in any way... You look at how many caps he has [27 for Ireland]. That guy should have more caps and I don’t understand why he doesn’t. For me, he was one of those guys that – you play with him and he’s one of the first people you want on the team-sheet and beside you in the trenches, on a tough day."

On House of Rugby Ireland [LISTEN from 42:00 below], Chris Henry - another former teammate of Ruddock - described the back-row's rapid reaction to his mini stroke, back in 2014, and how he did the No.7 jersey proud, later that day. 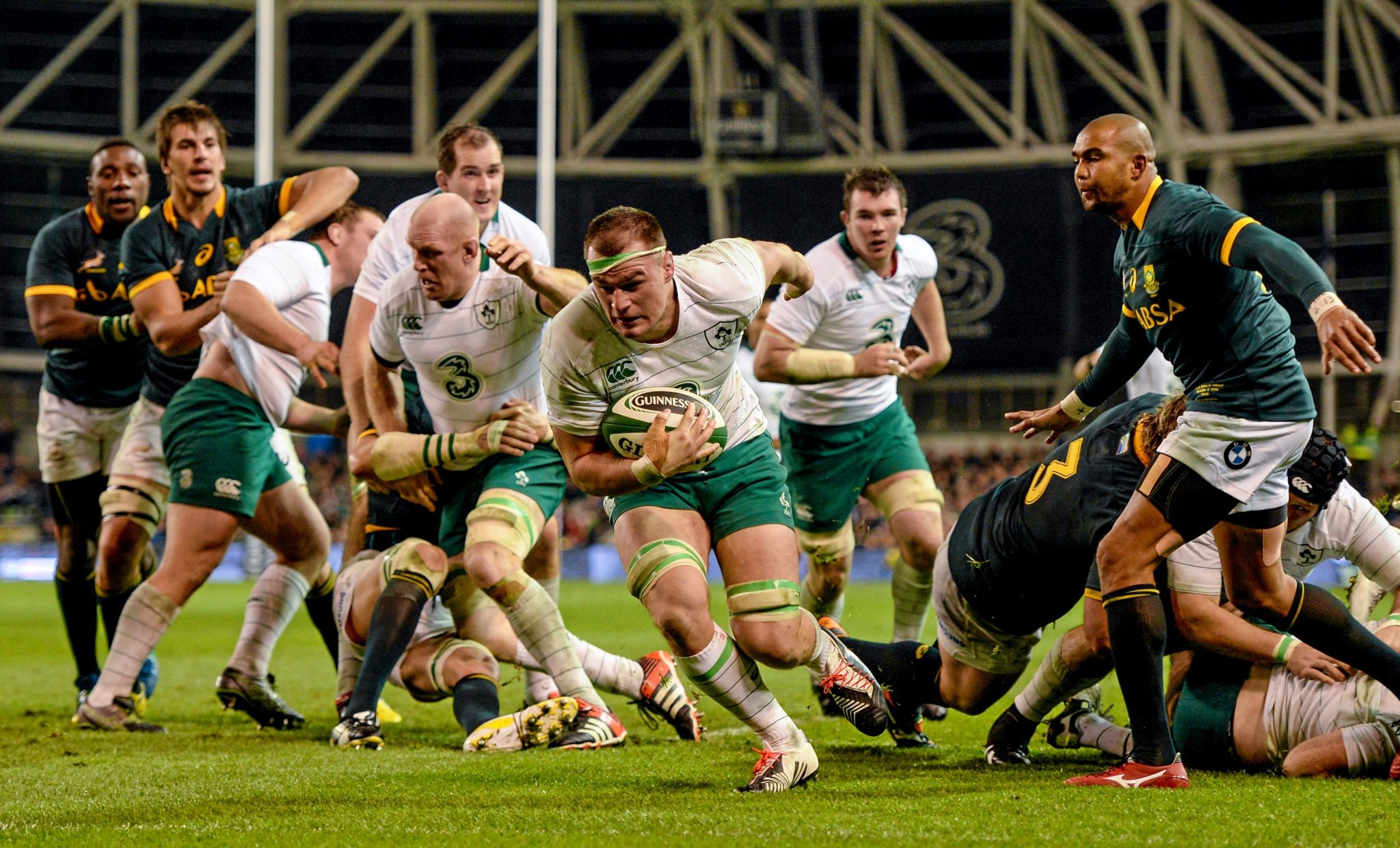 Back in November 2014, Chris Henry was named openside flanker for the home game against South Africa. Rhys Ruddock was named on the bench, as second- and back-row cover.

"We were rooming together during the Autumn Series," says Henry as he takes up the tale.

"I was due to start, and I suffered a mini stroke that morning. Obviously, a pretty life-changing moment for me. So, Rhys was my roommate and we were in The Shelbourne and it was the morning of the Test match. I was due to start, feeling great.

"Went in to the toilet, first thing, when I woke up and the mini stroke came on. I lost my voice, the side of my face dropped and all the strength in my arm dropped. Pretty scary.

"I mumbled to Rhys, and he jumped out of bed, comes into the bathroom. I couldn’t speak, but he could see that something serious was going on. So, Rhys then just ran straight out of the door to get help. He ran through the Shelbourne, past all the guests and staff, through the hotel lobby to find the Irish doctor. I think he ran back and him and the Irish doctor were back in the room within six or seven minutes.

"By that stage, I had recovered and was all fine but what kind of hero Rhys was – Rhys slept in his boxer shorts and that was it. So, instead of going, ‘I better grab a t-shirt, shorts or tracksuit bottoms’, he just thought, ‘I’ve got to get help’.

"So he ran out the door in just his boxers, across the hotel, shouting for help. Obviously, Rhys is in good shape so I’d say every female guest and staff member got a real treat that day – seeing Rhys in just his boxer shorts!"

END_OF_DOCUMENT_TOKEN_TO_BE_REPLACED

Joe Schmidt, who was then Ireland head coach, re-jigged his team and gave Ruddock the No.7 jersey that Henry had been set to wear. Tommy O'Donnell was drafted onto the bench.

Ruddock, making on his second start for Ireland, certainly did the jersey proud. He made eight carries, 14 tackles, was part of a dominant Irish pack and he scored a try that broke South Africa's back in a man-of-the-match performance.

Henry was in hospital that evening, as Ruddock helped Ireland to a 29-15 win. He remained there for four more days and, after being cleared to do so, was back playing within four months. Both he and Ruddock featured in Ireland's squad for the 2015 World Cup.


popular
Names beginning to emerge from Lions stand-by list for South Africa
The SportsJOE 12 o'clock quiz | Day 351
"I'd play it in the back garden if I could. We've been training for this since last September"
Finally, Gaelic football is returning to our TV screens - what's on and where?
Player ratings as Man United and Liverpool play out goalless draw
"Some people just have different passions" - Geezer sees where Clarke is coming from
"I’d love to do my Colin Corkery impression and play Junior B football. It depends on the body"
You may also like
1 day ago
Ronan O'Gara will never forget his first encounter with Jonah Lomu 'in his pomp'
3 days ago
Ireland confirm summer Tests, in Dublin, against USA and Japan
1 week ago
Performances against England saw Bundee Aki and Jack Conan become Lions
1 week ago
James Ryan and Iain Henderson may be fighting for one Lions spot
2 weeks ago
Tadhg Furlong declared 'single most important player for Lions touring party'
2 weeks ago
"It's going to be the biggest thing in this person's life, ever" - Rory Best reveals his Lions captain pick
Next Page