With the Lions set to jet off to New Zealand at the end of the month, Conor Murray is in a race against time to be fit for the trip.

Lions boss Warren Gatland has already issued an ultimatum to the Munster man that he must prove his fitness by playing for his province before the squad boards the plane to Auckland on May 29.

Murray has been out injured since Ireland’s defeat to Wales on March 10 in the Six Nations, after suffering nerve damage to his shoulder and neck.

Yet, Munster coach Rassie Erasmus was quick to say that Murray wouldn’t be rushed back into the fold.

“(The Lions) only comes around every four years but also you can’t be stupid. After this Lions series his rugby career is not over, you know, he’s got another few years to go.” 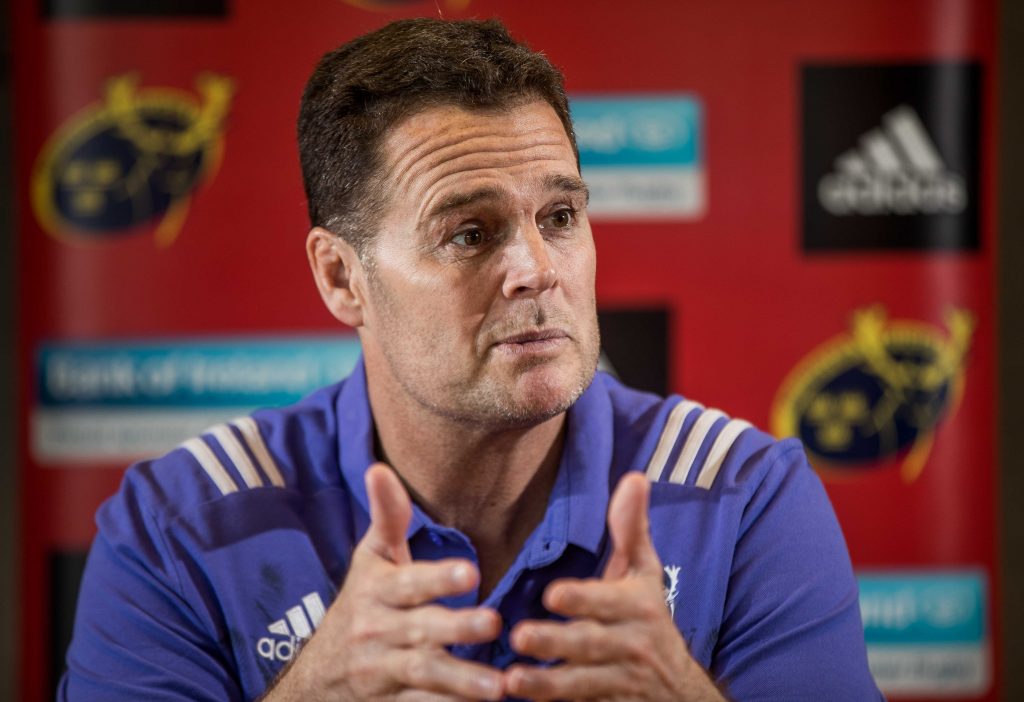 Murray is still in contention to return to the side this weekend and Erasmus has given an update on the 28-year-old's fitness.

"He’ll again be touch and go for this week. I can’t tell you, I haven’t actually seen him this morning. But last week he wasn’t ready to go. So we’ll see how he goes.”

"Every week he contributes more in training sessions and he is doing more and more and more. And he has been ticking all the boxes, much slower than we hoped to, but he is ticking the boxes. Hopefully this week he gets to the end of the week and we can actually select him. So there is a chance, there is a chance.”

Murray will have two opportunities to prove his fitness to Gatland with Munster playing against Connacht in the final round of Guinness PRO 12 games or in the semi-final on May 20.


popular
Kieran McGeeney on the defensive after post-match questions on brawl
Damien Comer targeted in brutal, chaotic Armagh and Galway brawl
Conor Gleeson's gesture to heartbroken Ethan Rafferty a tonic after sideline brawl
Roy Keane makes good on bet after seeing Cork fall to Dublin
Shane McGuigan does a 'Sueey' Cristiano Ronaldo would be proud of after winning MOTM
Erik ten Hag 'orders specific grass measurements' and strict eating plan
"That bit of a fracas nearly woke us back up again" - McDaid never doubted his boys in the shoot-out
You may also like
4 years ago
Zebre dispute reports that they are set to leave PRO12
4 years ago
One of Munster's smartest summer signings reveals Ronan O'Gara influence
4 years ago
PRO14 set to be officially confirmed and Irish provinces to get their way
4 years ago
Munster and IRFU reportedly agree to bring home a serious Irish talent
5 years ago
Bernard Jackman has been appointed as the new head coach of a Pro12 rugby side
5 years ago
Tadhg Beirne speaks with complete, cold-blooded sense about his Ireland future
Next Page