Rassie Erasmus the epitome of class after South Africa victory

Rassie Erasmus was torn when the South African Rugby Union came back to him a second time with an improved offer to become Springboks boss.

Rassie Erasmus wanted to make a long-term impact and Munster but it looks like his tough decision, two years ago, was the correct one.

This is what it means to @Springboks head coach Rassie Erasmus #WALvRSA #RWC2019 pic.twitter.com/h8MnZCynuR

END_OF_DOCUMENT_TOKEN_TO_BE_REPLACED

The South African was implementing real change at Munster, and taking big scalps. He had already turned down SARU once but, in 2017, they came back again and promised him greater autonomy with the Boks.

Erasmus left Munster and took defence coach Jacques Nienaber with him. Strength & conditioning coach Aled Walters followed soon after. Ahead of the World Cup, Felix Jones was drafted in as backs coach. 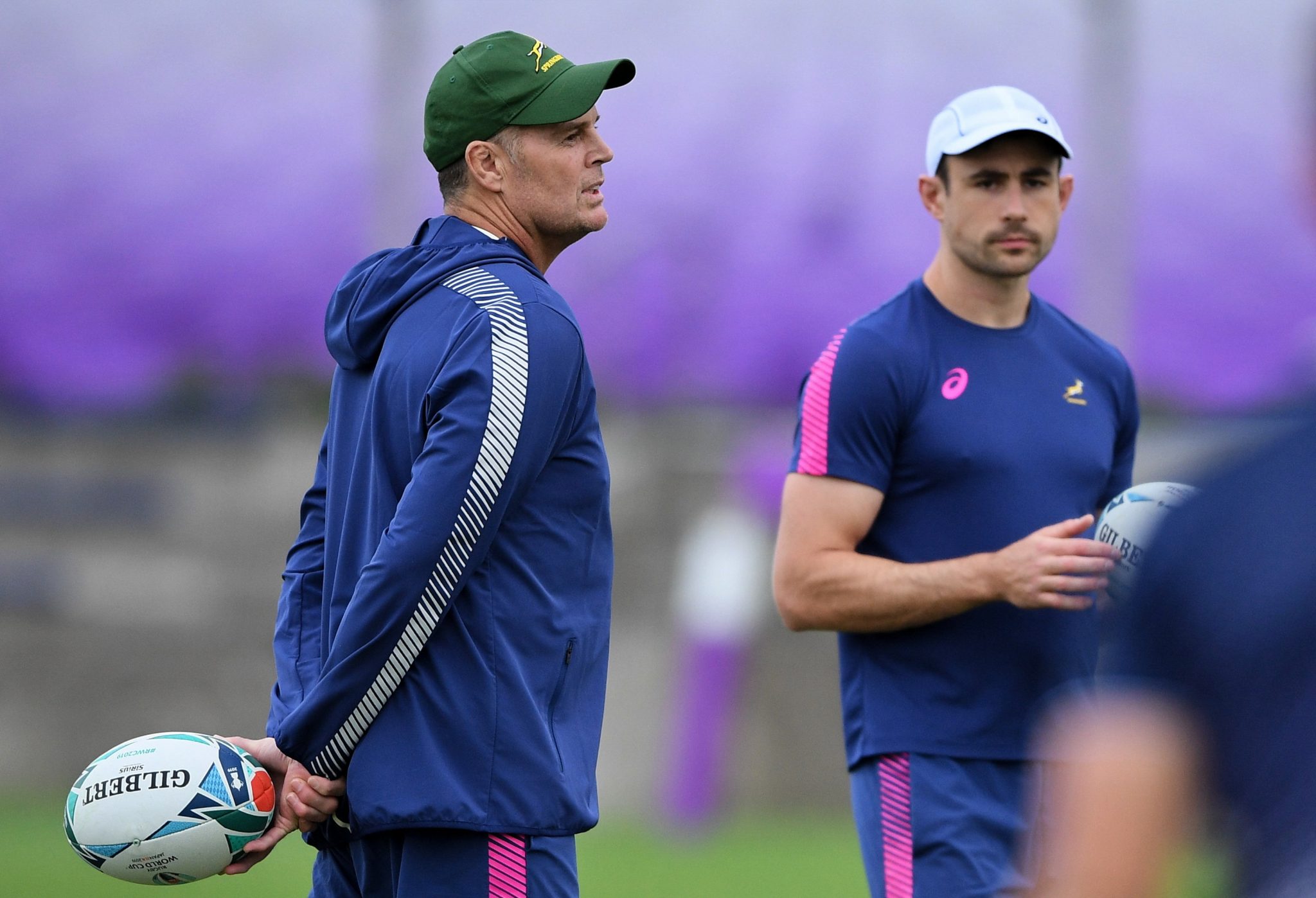 END_OF_DOCUMENT_TOKEN_TO_BE_REPLACED

Erasmus took over a South African side mired in the world rankings - they had dropped as low as 7th in the last coaching regime - and struggling to become second best in The Rugby Championship.

There was steady progress in 2018 but the changes Erasmus brought into the Springboks became evident this year. They won a shortened Rugby Championship and despite a Pool B loss to New Zealand, have won five games on the spin to reach the World Cup final.

The semi-final against Wales was not pretty but the Boks got the job done. The highlight of their 19-16 victory was this boshing Damien De Allende try in the second half.

That try and Handre Pollard's four penalties were enough to set up a final against England next weekend. Post-match, Erasmus' interview was the epitome of class:

"I must saw, it was nerve-wracking towards the end, especially us having lost the last four matches to them. It could have gone their way again.

"I've got so much respect for Wales and for their coach [Warren Gatland] that I thought, in the last few minutes, they might pull it through again. I think there was a little bit of luck too.

"I'm proud of our guys but also proud of Wales because they are a really class outfit.

"We're only half-way there," Erasmus added. "We would love to win the World Cup. We will play a class England side but we're there and we'll have a chance. We'll push them all the way, so you never know."

Warren Gatland, meanwhile, took his hat off to the Springboks for being 'fully deserving' of their victory over his side. "I'm absolutely proud of our lads," said Gatland. "We've punched massively above our weight - in terms of the playing numbers - for the past number of years."

Already stricken with injuries during the tournament, Wales lost Tomas Francis and George North during the game and eventually ran out of legs.

You may also like
3 years ago
"It was a complete and utter shock when Joe's name came up on my phone" - Devin Toner
3 years ago
Sinckler a stand-out, but more consistency needed - Flannery
3 years ago
"We haven't got a long-term or short-term estimate of when Joey is back" - Stephen Larkham
3 years ago
House of Rugby team agree on seven players in World Cup 'Best XV'
3 years ago
Pieter Steph Du Toit locks down World Player of the Year award
3 years ago
Kyle Sinckler knocked out by Maro Itoje elbow after only two minutes
Next Page