With the Rugby World Cup a year away, this year's November series is as important as any that has gone before it.

Joe Schmidt named a 38-man squad last week for the 4-game series, and news broke this week that he would be bringing 26 along to Chicago for this weekend's game against Italy.

Now the team has officially been announced for Ireland's test match this weekend. 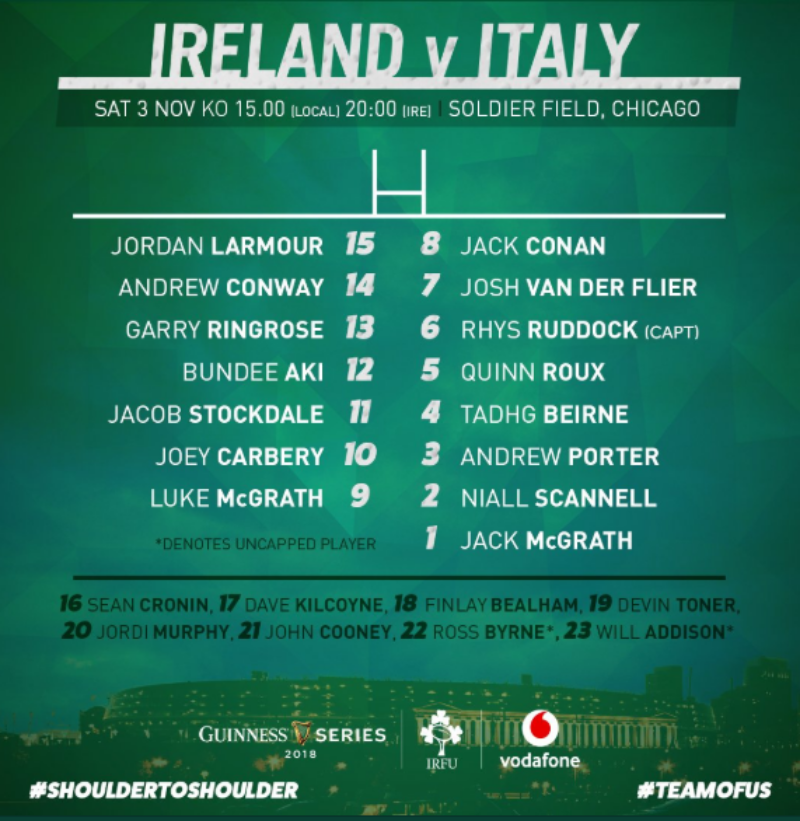 The one really surprise inclusion sees Connacht's Quinn Roux named in the second-row alongside Tadhg Beirne.

The other big talking point ahead of this weekend's game was who would get the nod at scrum half alongside Joey Carbery. 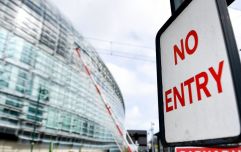 END_OF_DOCUMENT_TOKEN_TO_BE_REPLACED

Joe Schmidt has opted for Leinster's Luke McGrath for this weekend's test, with Ulster's John Cooney having to settle for a place on the bench.

The team has been named, all roads lead to Chicago! Let's hope Ireland can get the series off to a strong start.


popular
The SportsJOE 12 o'clock quiz | Day 135
The SportsJOE 12 o'clock quiz | Day 134
It was Pierre-Emerick Aubameyang's final but Emiliano Martinez's moment
"Me and him used to room together, and he was a bit of a nightmare"
"I was around the place like a Jack Russell, snapping at all the big guys"
"It's not about winning at underage. It's about building players and building people"
The SportsJOE 12 o'clock quiz | Day 133
You may also like
3 months ago
Munster's James Cronin gets one-month ban for 'unintentional anti-doping violation'
4 months ago
"You’d wonder if they’ll have to scrap the whole season" - Jack Carty
5 months ago
IRFU apologise to Wales over shower fiasco
7 months ago
'With Johnny, you need to take this seriously and the IRFU need to front up'
10 months ago
QUIZ: How well do you remember Ireland's Rugby World Cup history?
1 year ago
"I've seen milk turn faster than Robbie today"
Next Page