The book will close on the Guinness PRO14, next March, as the league wraps up with a winners-takes-all finalé before welcoming four South African sides to the party.

The existing PRO14 season will wrap up after 16 rounds and there will be a March 27 final between the winners of Conferences A and B (right now, that is Munster and Leinster). We will then bid adieu to that competition as a new one launches in April.

END_OF_DOCUMENT_TOKEN_TO_BE_REPLACED

It will feature the former Super Rugby franchises from South Africa - The Stormers, Sharks, Lions and Bulls - and is going to be called 'The Guinness PRO14 Rainbow Cup'. One imagines that it will change to the Guinness PRO16 from the start of the 2021/22 season.

The Rainbow Cup will consist of two pool of eight teams apiece. Each will contain two South African sides, two Irish, two Welsh, one Scottish and one Italian.

Commencing on April 17, the winner of both pools will contest the Rainbow Cup Final on June 19, just a week before the British & Irish Lions play Japan at Murrayfield before embarking on their tour to South Africa. The arrival of the big South African sides - at the expense of the Kings and Cheetahs - means we will see the following players in the Rainbow Cup: 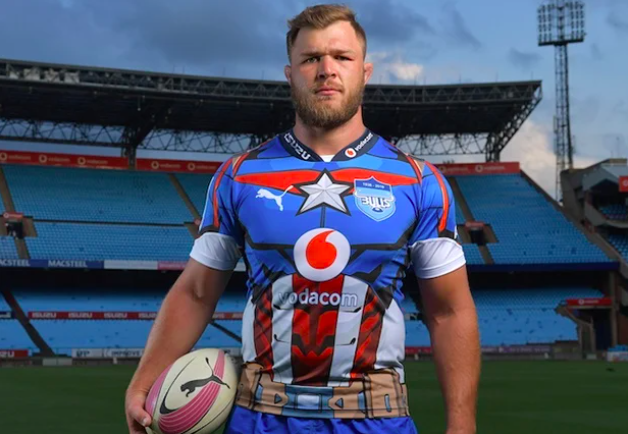 END_OF_DOCUMENT_TOKEN_TO_BE_REPLACED

'Ahead of the 2021 British & Irish Lions tour to South Africa,' a PRO14 Rugby release reads, 'the Guinness PRO14 Rainbow Cup will provide a ground-breaking spectacle for fans who will see international star players from north and south establish new rivalries in their bid for the ultimate Test selection.'

Martin Anayi, chief executive of PRO14 Rugby, says that by wrapping up the 2020/21 league season in late May, it will provide clarity to the European sides of their qualification for the 2021/22 Challenge and Champions Cup competitions.

END_OF_DOCUMENT_TOKEN_TO_BE_REPLACED

South Africa have not played a Test match since winning the 2019 Rugby World Cup. Their franchises were excluded from the Super Rugby shake-up caused by the Covid-19 pandemic, although they were already leaning towards the PRO14 option. Jurie Roux, chief executive of SA Rugby, says:

"The inclusion of South Africa’s ‘Super’ Teams in the Rainbow Cup is a once-in-a-generation, watershed moment for South African rugby. After so much turmoil and uncertainty in 2020, the prospect of a return to top-flight international domestic competition is one to which we all can all look forward with real excitement."

One hopes, now, that the pandemic that caused so much disruption and heartache in 2020 will have subsided and been effectively tackled with vaccines by Spring 2021. If so, we can all look forward with some degree of confidence towards the Rainbow Cup and the Lions Tour to South Africa.


popular
Sean Dyche set to be named Everton manager after Marcelo Bielsa talks break down
Roy Keane flatly rejects longstanding perception of ex-Man United midfielder Paul Ince
Allianz National Football League Round 1: All the action and talking points
Roy Keane leaves ITV pundits in stitches after Pep Guardiola's pre-match interview
Conor McGregor hit by car ‘at full speed’ while cycling
The two toughest calls in Ireland team to face Wales are in the backline
Quiz: Identify these 15 football clubs that are not named after a place
You may also like
3 days ago
"He didn't give me that jersey back!" - Johnny Sexton on new rival Jack Crowley
5 days ago
Robbie Henshaw on his life-long friendship with Bundee Aki and Netflix documentaries
6 days ago
Munster get brutal Champions Cup draw as Leinster face Ulster in Last 16
1 week ago
“He's gonna be pi**ed when he hears this!” – Anthony Watson's Vegas trip with Tadhg Furlong
1 week ago
Kieran Treadwell the most unfortunate Ireland player to miss Six Nations call
1 week ago
Joey Carbery the biggest selection casualty as Andy Farrell gets ruthless
Next Page