Players should drive interprovincial transfers, not the IRFU

The Joey Carbery and Ross Byrne situation at Leinster has created an interesting dynamic within Irish Rugby where a province is reportedly being pressured to release a player to a rival province for the assumed benefit of the national team.

Carbery has consistently dismissed links to Ulster as 'media chat', while Byrne's position on a potential switch is unknown, but assuming both players want to stay with Leinster and not go to a province with no head coach in place and no immediate prospects for success, they should be allowed to stay where they are.

Alternatively, if they want to go they should be allowed to go too, but they should have the biggest say in the matter as long as Leinster are happy to keep them. 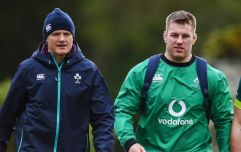 END_OF_DOCUMENT_TOKEN_TO_BE_REPLACED

Irish Rugby has an interesting playing landscape where the majority of players in Ireland traditionally play for the province of their birth.

Brian O'Driscoll and Gordon D'Arcy spent their entire careers at Leinster, Ronan O'Gara and Peter O'Mahony have only ever played for Munster and Rory Best and Andrew Trimble have only ever known Ulster Rugby. 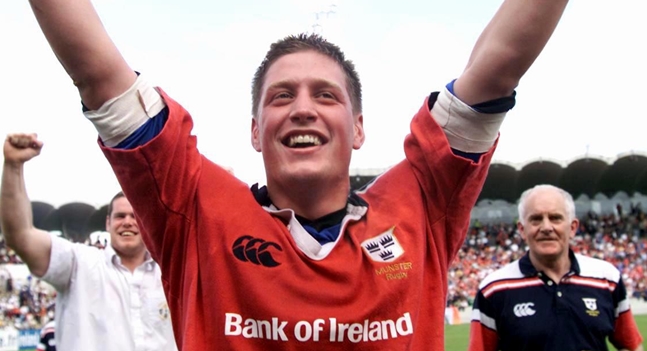 By comparison, Ma'a Nonu and Sonny Bill Williams have both played for three different Super Rugby franchises in New Zealand, former Wallabies captain Stephen Moore played for the Queensland Reds, ACT Brumbies then went back to the Reds for another stint with the club, while players in France and the UK often move freely between clubs without much resistance. 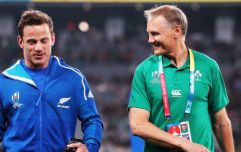 END_OF_DOCUMENT_TOKEN_TO_BE_REPLACED

The IRFU's central contracts system and the Sportsperson Relief scheme has helped Irish Rugby keep their best players in Ireland, but with the conveyor belt of talent improving dramatically over the last decade, the provinces are facing increasing pressure to find ways to keep their growing pools of talent happy with the minutes they receive.

Leinster have been far and away the best producer of talent in Irish Rugby this decade and many of their players have moved on to other provinces in a bid for increased game time and a shot of establishing themselves as potential internationals.

Andrew Conway, John Cooney and Ian Keatley have all followed that path from Leinster to Ireland while Nick Timoney, Conor Oliver and Sam Arnold have all benefited immensely from interprovincial transfers in recent seasons with Robin Copeland and Jordi Murphy hoping to reap similar awards next season with their respective moves to Connacht and Ulster.

But the key difference with those players compared to Carbery's situation is that those players actually wanted to move clubs in order to improve their careers.

Here's Conway on his move to Munster from Leinster in 2013:

“I felt it was the right time for me to move. I wanted to play outside of my comfort zone and set myself some challenges. There have been a few lads who have made the switch before me, so I knew what to expect from talking to them and I also knew a lot of the existing Munster lads from playing against them with Leinster and with them at underage with Ireland."

Cooney on his move to Ulster from Connacht last summer:

"I've been waiting for this for a long time. In my head, I've always deserved it. For me, it's about getting where I want to be. I've had to take a lot of setbacks and I've had to work on my game.

Jordi Murphy on moving to Ulster from Leinster next season:

"Having considered my options at length, I realise that this represents a great opportunity for me to challenge for a position at Ulster and hopefully become a more regular feature in the national set-up."

Joey Carbery on links to Ulster:

"I haven't considered it. If someone from Leinster came up and said it to me, then maybe I would consider it. But the chat has only come from the media so I'm not paying too much attention to it, to be honest."

Spot the odd one out.

Murphy, Conway and Cooney all wanted to move to further their careers while Carbery seems perfectly content to bide his time behind Ireland and Lions fly-half Johnny Sexton, it's either that or he's simply toeing the Leinster party line.

There's arguments to both sides with Carbery. It makes sense for him to sit and learn what he can behind Sexton and to continue to grow and develop in a winning environment, but it also makes sense to play and learn in real games and not start against Treviso or receive the final 18 minutes in a Champions Cup semi-final when your side is already 29 points clear.

Sexton was 24-year-old by the time he replaced Felipe Contepomi in a Heineken Cup semi-final, and while Joey Carbery and Ross Byrne are still only 22 and 23 respectively, you figure that only one of those players will see enough time on the pitch to fulfill their potential as long as Sexton is still playing.

Carbery is in a position where he's the second choice fly-half in the country and must be looking at Byrne as the player that should move, while Byrne must be looking at his own situation and think to himself if both Carbery and Sexton will miss time with the province through the November internationals, Six Nations and Rugby World Cup, surely it will be Carbery that moves while he plays in their absence.

If you're Leinster, there's no point in losing Carbery to another province for the next decade just because a coach that may be coaching the All Blacks at the end of next year wants him to gain more experience ahead of a Rugby World Cup. 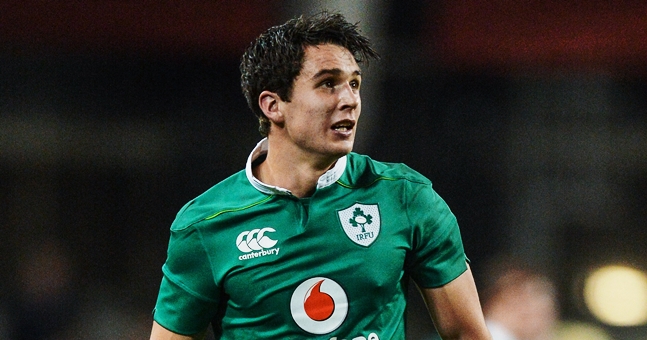 But if they both want to stay they shouldn't have to leave Leinster.

Interprovincial transfers have proven to be a big success in recent seasons but they only work when the player involved actually wants to move.

You want a player like Carbery stepping off both feet, not dragging them because he's been shifted to a club that he has no intention of playing for.


popular
Noel Gallagher left 'covered in blood' after headbutt from Ruben Dias’ dad
Cutting through the contradictions from one of the worst television segments of the year
Aiden McGeady details the abuse he suffered after playing for Ireland instead of Scotland
BBC apologise after accidentally posting mocking Man United message live on TV
Roy Keane shows great comic timing after Jack Grealish party invite
France the sore losers as Ireland Men reach first ever Sevens World Series final
The FootballJOE Pub Quiz: Week 38
You may also like
7 months ago
"It wasn’t worth the hassle" - Darren Cave on relationship between players and media
9 months ago
Warren Gatland pulls Joe Schmidt into Lions Tour refereeing drama
1 year ago
When Gordon D'Arcy brought a coffee to a Joe Schmidt walk-through
2 years ago
"I thought it was just a nonsense, until I got out to Japan and suddenly realised"
2 years ago
Joe Schmidt: dropping Toner and Marmion was "miserable"
2 years ago
Schmidt's player loyalty not to blame - Jerry Flannery
Next Page