Munster rode one hell of a storm from their South African visitors, but they answered back with one of their own.

Johann van Graan's side were caught on the hop by a fired-up, accurate Stormers side in the first half, at Thomond Park. They trailed 15-0 and were left indebted to a try-saving tackle by Peter O'Mahony before they finally found their feet in the game.

END_OF_DOCUMENT_TOKEN_TO_BE_REPLACED

Tries from Warrick Gelant and Leolin Zas had Munster 12-0 down before O'Mahony prevented - on a TMO review - what looked to be a certain try under the posts. A Gelant penalty, on 30 minutes, made it 15-0 and Munster were forced to dig deep in order to get a score on the board.

It arrived, after sustained pressure, when Jack O'Donoghue got over the Stormers tryline. There was light at the end of the tunnel.

The score that started the Munster comeback pic.twitter.com/6vvDFmdU16

A second Munster try arrived seven minutes into the second half, and it came with a big dollop of controversy.

Jean Kleyn muscled over for a try that would make it 14-15, but Munster captain Peter O'Mahony was raging after hooker Niall Scannell showed him that he had been bitten on the leg. He approached referee Andrew Brace and the following conversation took place:

BRACE: I can only go on the footage, Pete

END_OF_DOCUMENT_TOKEN_TO_BE_REPLACED

Sure enough, two angles were reviewed by Brace and the TMO. Scannell looked to have tangled with a Stormers forward, as the forwards mauled over, but TV footage was inconclusive.

Brace found O'Mahony after Joey Carbery landed his conversion. The referee told the Munster captain. "I understand your frustrations, but there's nothing in the footage... if there's anything there, my citing officer will deal with it." 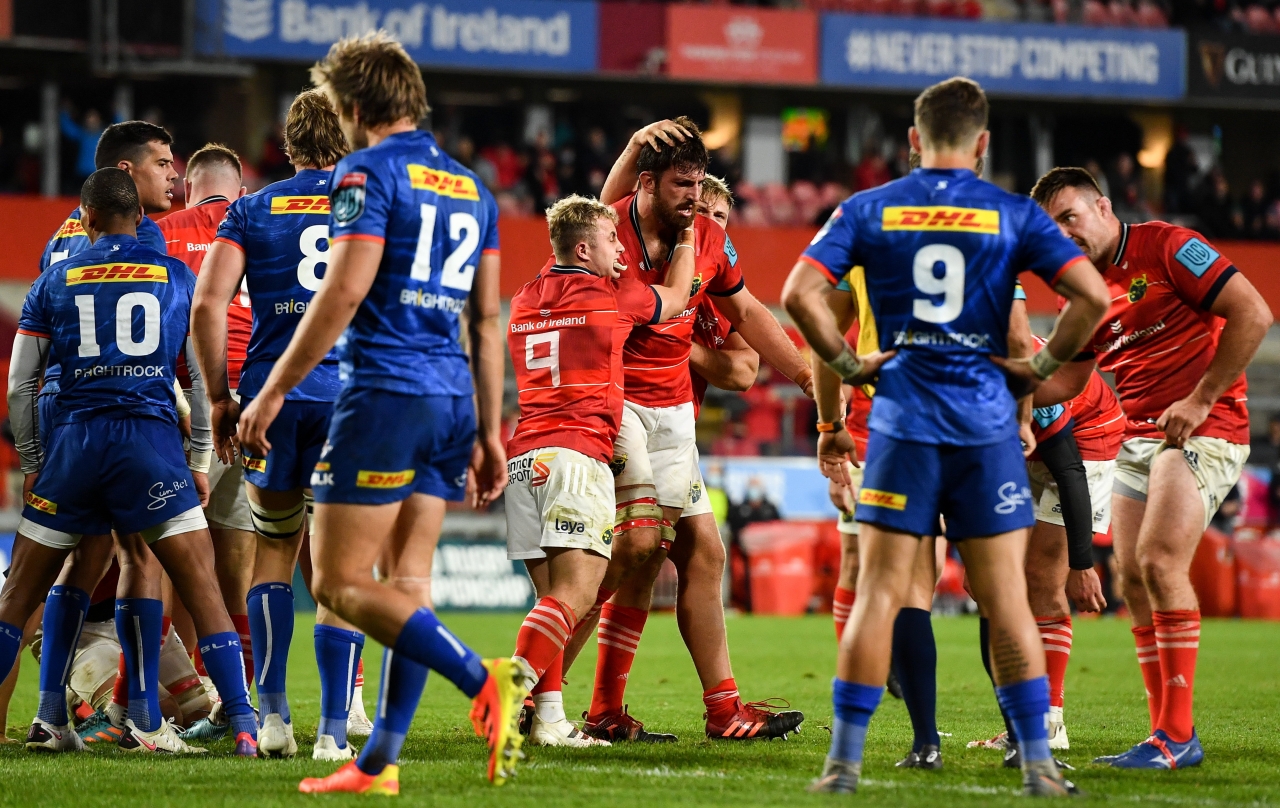 There was some form of justice, delivered by Scannell of all players, when the Munster hooker powered over from close range after another heaving drive by the forwards.

END_OF_DOCUMENT_TOKEN_TO_BE_REPLACED

That put Munster clear and they never looked back.

With the Stormers' tank well and truly empty, Jack O'Donoghue crossed for his second try, which wrapped up a scoring bonus point. Tim Swiel got three points back with a well-struck penalty but the hosts were not finished.

Ben Healy kicked deep when Munster were awarded a penalty. Peter O'Mahony claimed the lineout throw and dished the ball to sub RG Snyman. The big Springbok spun in contact and dived, with the ball gripped in one paw, and stretched for the line to score.

The last act of the game saw sub Ben Healy pump over another long-range penalty to make the win look more cosy than it felt after that first half.

Our Man of the Match: Gavin Coombes (Munster)


popular
Man United aren't good enough to accommodate Ronaldo's refusal to work
'I was sitting here this week and people were wondering if I was going to retire'
Luiz Felipe in tears after bizarre red card after full-time whistle
Outrageous scenes as Glentoran 'keeper attacks his own team-mate in moment of madness
"I won't let that happen!" - Peter O'Mahony riled up by Connacht star
Andy Farrell's Ireland squad for November internationals to feature some exciting talents
Ireland star Will Connors on his rude awakening playing GAA in KIldare
You may also like
6 days ago
"The guy just can't catch a break" - RG Snyman back on gruelling comeback trail
1 week ago
Munster confirm RG Snyman has re-ruptured his cruciate ligament
1 week ago
Worrying scenes for Munster as RG Snyman lasts only nine minutes against Scarlets
1 week ago
Gavin Coombes and the fascinating tug-of-war for Ireland's No.8 jersey
2 weeks ago
Peter O'Mahony's try-saving actions cannot be understated or undersold
2 weeks ago
"We need players like him" - Joey Carbery and the weight of expectation
Next Page