Peter O'Mahony was having a bad game, but he stepped up right when Ireland needed him

Sometimes people ask what Peter O'Mahony does on the pitch. At Stade de France on February 3, in those final, frantic moments, he delivered one hell of a demonstration.

At this stage, and we are not even 48 full hours out from the drop goal thriller in Paris, the 41 phases Ireland ploughed through before Johnny Sexton dropped the hammer have been watched and re-watched. Analysed and eulogised. We will be talking about that finalé for years to come.

In the middle of the madness, with Ireland's players relentless in the pursuit of victory, some of the individual performances could easily get lost.

END_OF_DOCUMENT_TOKEN_TO_BE_REPLACED

What Peter O'Mahony did for his team, though, that deserves to be crowed about.

Watching O'Mahony from the press box in the Stade de France, on Saturday, I felt he did not have one of his best games in the green jersey. Not even game can see O'Mahony reach those levels he reached against the likes of England, Crusaders or Leicester Tigers. He can't always bring the fire.

For the most part, O'Mahony pitches up and launches in. He hits his fair share of rucks, shows for carries, sticks tackles, gets a rare try and is one hell of a lineout operator. He leads by example and that O'Mahony fist pump is one of the best sights to behold in Irish rugby. 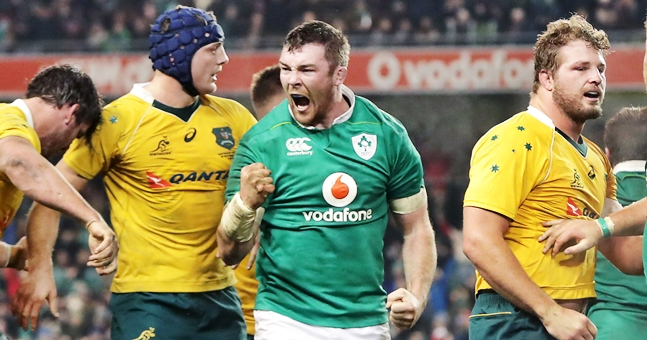 END_OF_DOCUMENT_TOKEN_TO_BE_REPLACED

Against France, he was having a rough time of it. The French were slowing the ball down with impunity and there was little referee Nigel Owens was doing about it.

O'Mahony was not the only player to find himself slowed down at the breakdown and unable to speed up ball for Conor Murray to distribute. His own carries - 6 of them in the first 77 minutes - earned his team the sum total of a single yard gained. He was either scrapping for parity or getting driven back.

He featured in a couple of passing chains and although he knocked the ball forward at one stage, in the second half, the ball was zinged at his head by an over-eager Sexton. Not much was going O'Mahony's way in the drizzle of Paris but he was having another top game at the lineout. He claimed clean ball on three occasions and was a nuisance on several of Guilhelm Guirado's throws.

When France hit the front, late on, it looked to be a game that had gotten away from the Munster captain. He was not alone in having a quiet game, to that point, but we had hoped for more from him.

And then Iain Henderson claimed Sexton's restart, on 77:30, and Ireland kicked into gear. O'Mahony was one of the driving forces in those 41 phases [here he is backing up Sexton after a line break, early on in the comeback].

END_OF_DOCUMENT_TOKEN_TO_BE_REPLACED

On Sunday, we noted how well he carried in that late assault. Looking back on the match footage again and the activity levels of O'Mahony - after slogging himself around a rain-sodden pitch for 77 minutes beforehand - are quite simply astounding. Here are his stats for that final 5-minute barrage:

O'Mahony's ability to shake off all that had frustratingly went before him and re-focus for those final five minutes speak of a man who puts the team first.

Four mighty challenges await over the six coming weeks and Ireland will need O'Mahony to bring that level of commitment, across a longer period, if they are to push for this championship. They'll need to go easy on him in Carton House this week.

Big game player has some big games on the horizon.