"I absolutely loved the guy. I think the sun shines out of his arse. He's an absolute national treasure!"

As anyone that every watched Paul O'Connell celebrating correctly guessing Borussia Mönchengladbach as a Question of Sport answer will testify, the Munster man is a born competitor.

END_OF_DOCUMENT_TOKEN_TO_BE_REPLACED

Whereas the likes of Peter Stringer, Ronan O'Gara and, later, Peter O'Mahony were all tipped for greatness in their teenage years, it took O'Connell a couple more years to establish himself in the Munster XV. Once he did so, there was no turning back. He ended up playing 293 games for Munster, Ireland and the British & Irish Lions, and led all three sides with distinction.

On the latest episode of House of Rugby Ireland, former Ulster and Ireland centre Darren Cave (LISTEN from 46:00 below) shared a tale from the 2015 World Cup that shows how O'Connell was across everything going on in the squad. 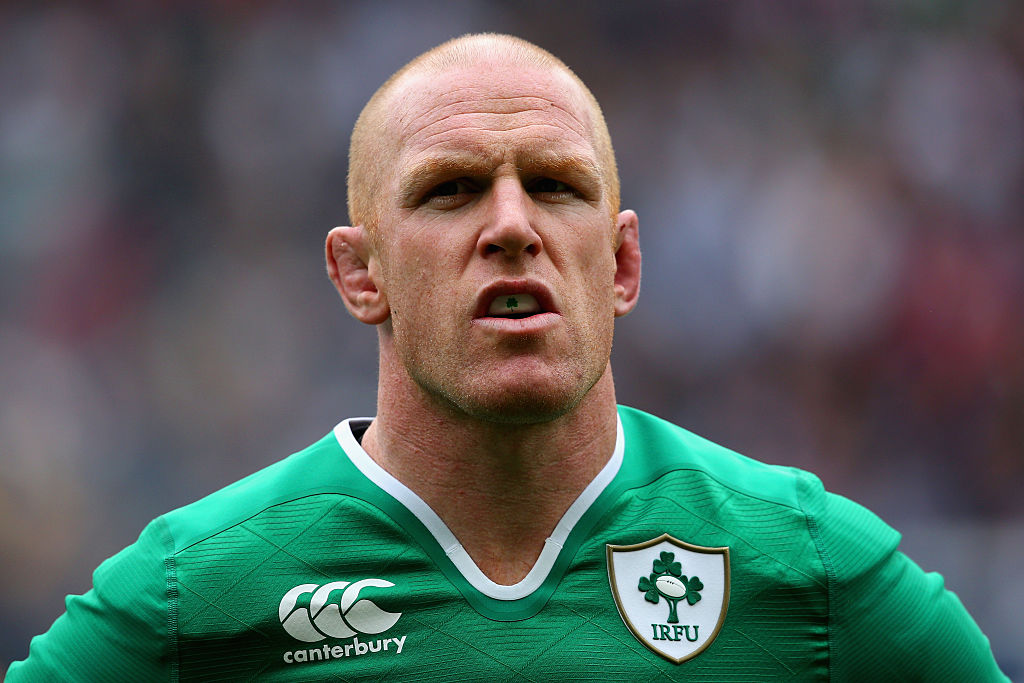 END_OF_DOCUMENT_TOKEN_TO_BE_REPLACED

There has not been an abundance of good news to kick off 2021, at home and abroad, but many rugby supporters were heartened to hear Paul O'Connell would be joining Andy Farrell's set-up as Ireland forwards coach.

Cave is in no doubt that the Limerick native will pour everything into making himself a success in the role. Having played 11 times for Ireland, between 2009 and 2015, the former Ulster centre shared many a training camp and match with O'Connell.

"I absolutely loved the guy," he says. "I think the sun shines out of his arse. I just think he’s an absolute national treasure.

"I remember, actually, at the [2015] World Cup, when, the first week, Robbie Henshaw got injured in training. I was probably the only player at the World Cup that was an out-and-out centre, but I was not getting picked. Only I could do that! But all the lads were playing fullback, and stuff, at that stage.

"Luke Fitzgerald got picked to play at 12 for the first game, because Robbie had dropped out, and it was a wee bit of a surprise. And I remember Paulie pulled me to one side, when we arrived in Cardiff, and was like, ‘Look, Darren, I thought you were going to get picked. I’m not sure why you haven’t. But, if you’re going to win a World Cup, or be successful, we need 31 guys. We’re not even here and we can’t have something festering. Keep your head down. You will have opportunities and you will play'.

"I remember thinking, ‘Flip, this guy’. Like, it’s the most irrelevant thing to what he was preparing for. He was preparing to captain his country in a World Cup. So Luke Fitzgerald or Darren Cave in the centre? I was surprised that he even noticed. But, for him to take the time and pull me to one side… I always remember thinking, ‘Flip, that just shows the mark of the man’." 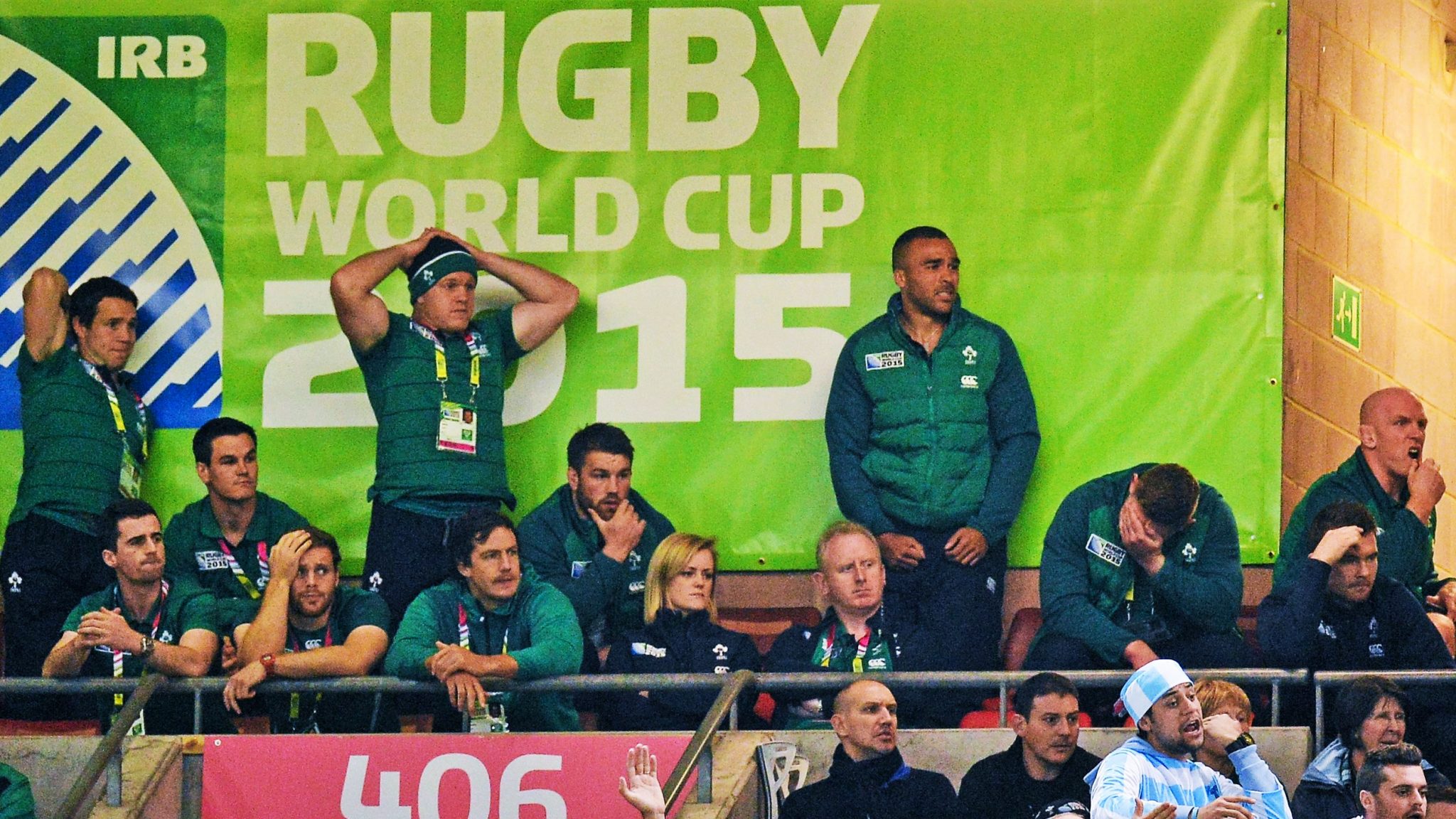 END_OF_DOCUMENT_TOKEN_TO_BE_REPLACED

O'Connell led Ireland to the quarter finals in 2015 and they went into the last eight clash with Argentina as favourites. Joe Schmidt's side were without Johnny Sexton and Peter O'Mahony [both injured] and Sean O'Brien was suspended. They also had to do without O'Connell, who had badly injured himself in a pool stage win over France.

"In many ways," Cave reflects, "it was such a cruel way for him to go – his injury.

"But part of me thinks – and this is actually going to sound weird – but it was almost quite forbidding, as well, that the last memory I have of this guy playing rugby was with a ruptured hamstring, trying to get back in the defensive line. I remember it vividly and, like, what a cruel way to go. But also, what a good way to go.

"Is there a more… like, this guy has ruptured his hamstring off the bone and he’s trying to get up into the defensive line because he knows - the team is more important than him. I always thought, you know, he wouldn’t have chosen to go that way, but it really does show the mark of the man."

Although that tournament was his last playing involvement with Ireland, O'Connell was due to finish out his club career with Toulon but the hamstring injury proved too severe and he hung up his boots for good in 2016.

Since then, O'Connell has helped out with Munster's underage squads, and has had assistant coach jobs with Ireland U20 and Stade Francais. The senior Ireland gig is another step up, but few that know the man doubt he will bring a lot to Farrell's side.


popular
The four stone-cold certainties for All-Stars even as early as this
Eamon McGee just couldn't help himself with Armagh-melee tweet
Kylian Mbappe reportedly wants PSG to sell Neymar
Gavin Coombes one of four Irish players to push themselves into Test picture
"He's actually smiling putting the ball over the bar. He should nearly be fainting." - Ryall on Limerick's legacy
Frenkie de Jong 'determined to stay' at Barcelona, despite Man United agreement
"The economy was one of the big reasons" - Cadogan's move from an electrician to personal training
You may also like
6 hours ago
Bundee Aki understandably emotional, as Ireland pay moving tribute to late Sean Wainui
7 hours ago
Full Ireland player ratings after Maori All Blacks teach us an early lesson
1 day ago
"We could lose all five games" - Darren Cave with a rare take on Ireland's chances
1 day ago
Mike Lowry and Peter O'Mahony in First Test contention as Ireland shuffle deck
1 day ago
"Significant" knee injury ends Iain Henderson's tour of New Zealand
1 day ago
Ireland include plenty of new faces in team to face Maori All Blacks
Next Page